What we know — and don't — about Trump's Covid case

By Lauren Morello and Adriel Bettelheim 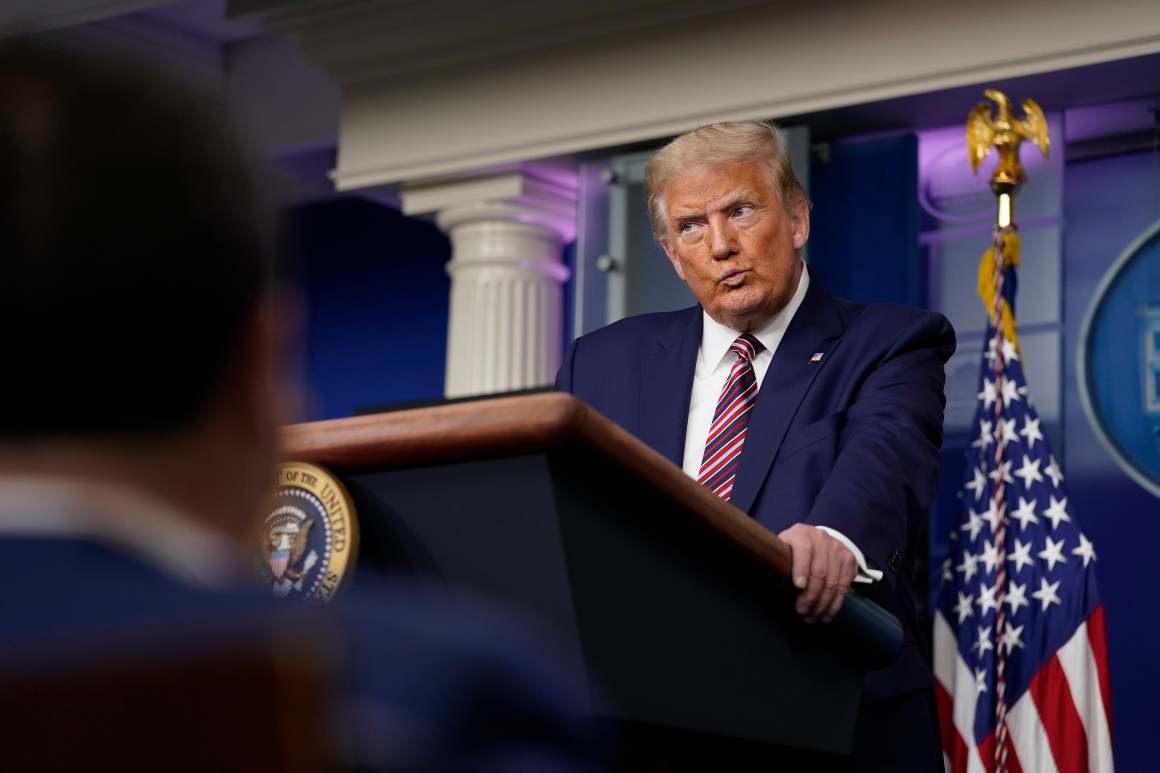 But there’s no way to know how long Trump will be sick, or how vigorously he would be able to campaign in final days or weeks before the election. Covid-19 is notorious for its ability to attack multiple parts of the body, which can make the disease look very different from one patient to the next. It sometimes causes long-term health effects that can take months to recover from, and in some cases, can leave lasting damage to vital organs.

Here are some of the big unanswered questions about Trump’s case:

When was the president exposed?
It may be impossible to know. The National Institutes of Health says it can take up to two weeks for Covid-19 to be detected, with a median incubation period of four or five days. Speculation has focused on senior adviser Hope Hicks, who was diagnosed with the virus and traveled with Trump to the presidential debate in Cleveland on Tuesday and accompanied him to a campaign rally in Minnesota on Wednesday night.

Trump disclosed his condition early Friday morning, and the New York Times reported he appeared lethargic during an appearance at his Bedminster, N.J., club Thursday. So it’s possible the exposure could have happened earlier this week, when he campaigned in Pennsylvania, or even before then.

Did the White House have effective safety measures?
The White House hasn’t said how it screens staff and visitors, and Trump’s campaign has hosted large rallies with packed crowds of largely unmasked people. The rallies have mostly been held outdoors, where the risk of virus spread is lower, but his campaign held an indoor rally in Nevada about three weeks ago in defiance of state restrictions, and another in Duluth, Minn., on Wednesday.

The administration has in the past relied on a rapid test from Abbott Laboratories that can produce results in as soon as 15 minutes. But the test has been shown to have high error rates, and it’s likely that the White House confirmed the president and first lady’s infections with additional lab-based testing. The White House declined to comment on testing procedures.

President Donald Trump and Melania Trump have tested positive for Covid-19. The president is experiencing “mild symptoms,” according to his chief of staff.

Is he taking hydroxychloroquine?
The White House hasn’t said whether Trump has taken the anti-malarial drug since he finished a two-week course in May after a possible exposure. Multiple trials have shown it to have no clinical benefit for Covid-19. Trump was closely monitored when he took the drug in spring in case he developed an irregular heart condition, a known side effect, his physician said at the time.

What other treatments are available?
Only a handful of treatments have been shown to help patients. Gilead’s antiviral drug remdesivir, originally developed to fight Ebola, shortens recovery in hospitalized patients by a few days, but data is inconclusive on whether it reduces the risk of death. The FDA authorized emergency use of remdesivir in hospitalized patients in May, and evidence has shown it’s more effective the earlier it’s given in the course of a patient’s infection.

U.K. scientists reported in June that a decades-old steroid called dexamethasone reduced the risk of death for severely ill patients. But the drug, which quiets the immune system, could backfire in mild or moderately ill patients.

The Trump administration has also aggressively promoted the use of antibody-rich blood plasma from coronavirus survivors. It’s been used in the past to treat diseases ranging from Ebola to diphtheria, with mixed results. There’s no clear evidence it helps those ill with Covid-19, and an expert panel advising the government says it should not be considered standard of care. The FDA issued an emergency use authorization for the treatment in late August over the objections of top federal scientists.

White House doctors may also look to monoclonal antibodies — lab-made versions of antibodies that the immune system makes to ward off disease. Versions from Eli Lilly and Regeneron are now in late-stage clinical trials, and results have been promising. Both companies have found that their antibody helps patients’ bodies clear the virus and potentially speed recovery. And both firms make their antibody drugs available to some patients outside of clinical trials. The companies wouldn’t comment if the White House has requested access.

Could there be long-term effects?
There’s a growing population of patients who haven’t fully recovered from the coronavirus months after first experiencing symptoms. Many of these “long haulers” had mild or moderate symptoms that sometimes didn’t require hospitalization.

Common symptoms that linger over time include fatigue, a cough, shortness of breath, headaches, joint pain and in some cases, damage to the heart, lungs or brain. The difficulty of predicting outcomes has led scientists to study patients who had related viruses like SARS. The Mayo Clinic notes many who recovered went on to develop chronic fatigue syndrome, a disorder that worsens with physical or mental activity but doesn’t improve with rest.

ByTestosterone levels were measured and there was a significant decrease (almost 75 percent) after 20 weeks of a low-zinc diet. The study also examined zinc...
Read more
Health