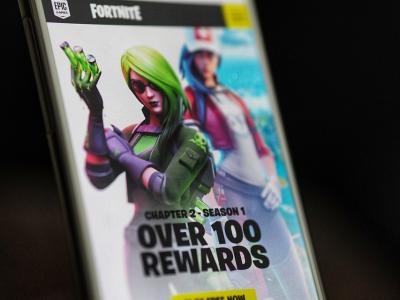 In the past year, attention to esports outside of its own community started to really grow, which in turn boosted the size of the esports market. Millions of people around the world tuned in just to watch gamers play, and the money in the gaming industry grew to an all-time high.

Just this weekend the first One Esports Singapore World Pro Invitational for players of a game called “Dota 2” filled an 8,000 seat venue in Singapore.

So what will this growing industry see in the coming year?

The Games: Will ‘Fortnite’ Remain The Biggest?

“Fortnite” was the top game of 2019 in terms of revenue, bringing in $ 1.8 billion for Epic Games. Still, that was a 25% drop for the free-to-play game. Analysts will be watching to see if it retains its top spot in the battle royale of first-person shooter games – and all games. Free-to-play accounted for about 80% of revenue last year in the $ 120 billion video game market, according to Nielsen’s Super Data.

We could see a strong rebound year in premium games. Super Data reports that 2019 was a down year in the premium games market with a 5% revenue drop. Super Data projects premium console games games revenue to grow to about $ 14.5 billion in 2020, after reaping $ 13.8 billion last year.

Esports: Can ‘League Of Legends’ Continue To Grow As Challenger To Traditional Sports?

Riot Games announced late last year that “League of Legends” has grown to be the third most-watched pro sports league in the United States for 18- to 34-year-olds.

It’s part of an overall growth in watching esports. According to GlobalWebIndex data, about 1 billion people worldwide have watched an esports tournament, and the percentage of 16- to 24-year-olds who watch esports is about the same or slightly above the percentage who watch other live sports.

There’s little reason to expect that is leveling off, though whether interest continues to grow as much, especially in North America, may depend in part on TV deals, and in part on the success of American players.

Much of the interest remains in Asia, particularly China and South Korea. A report from Tencent Holding/ADR (OTC: TCEHY) recently said the China esports market will hit $ 1.5 billion in 2020.

Competitive esports on mobile platforms haven’t taken off in the U.S. as they have in Asia, but 2020 could see that start to change. Esports Observer reported that new releases are set to make it a big year for mobile in the U.S., citing “League of Legends Wild Rift,” and “Brawl Stars,” among the games to watch.

Overwatch League starts Feb. 8. The 2020 season of the popular Overwatch League, developed and published by Activision Blizzard (NASDAQ: ATVI), starts the weekend of Feb. 8 with matches hosted by New York and Dallas teams.

The spring season of “League of Legends” begins Jan. 25.

Ad Revenue Another Big Catalyst For The Esports ETF

© 2020 Benzinga.com. Benzinga does not provide investment advice. All rights reserved.