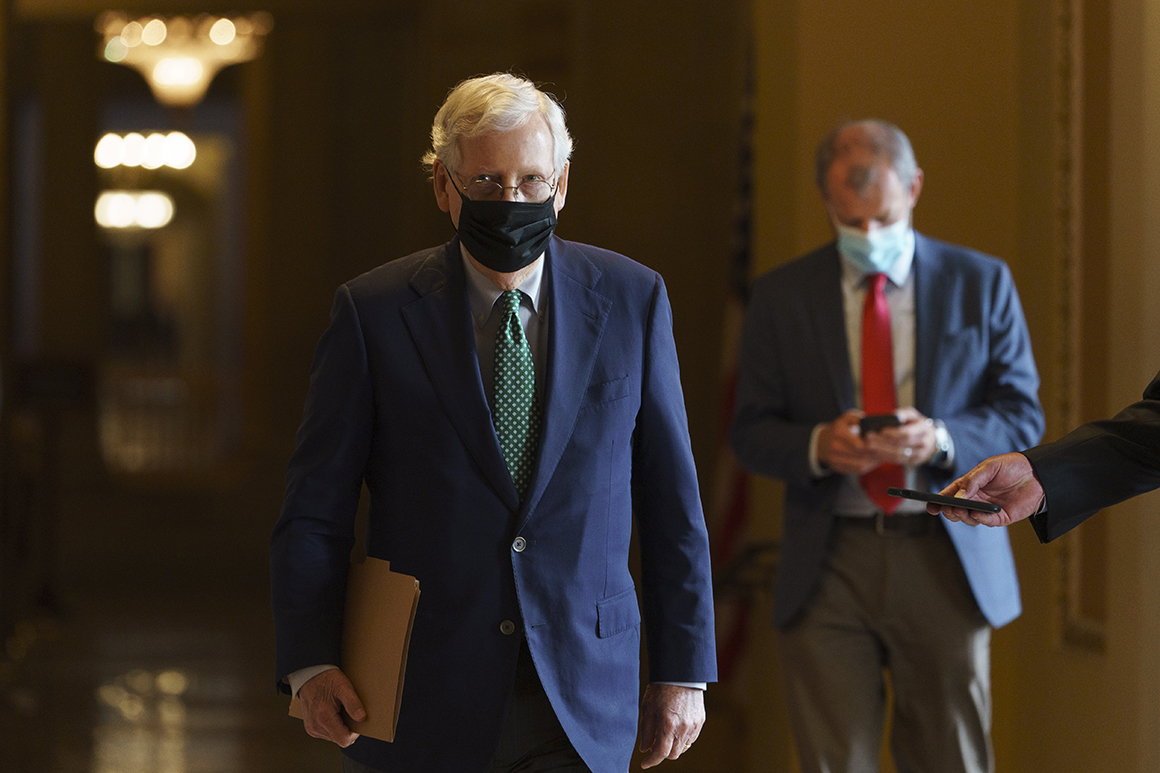 Does McConnell have enough time to confirm someone?

Yes, if he has the votes.

Since 1975, the Congressional Research Service estimates that it’s taken an average of 40 days for a Supreme Court nominee simply to get a hearing, let alone win the support of the Judiciary Committee and full Senate. But that timetable isn’t etched in marble; it’s up to GOP leadership.

The nominee has to be approved by the Judiciary Committee before reaching the floor, and Judiciary Committee Chair Lindsey Graham, working closely with McConnell, can tailor a schedule to their liking. There’s also nothing to stop Republicans from voting on a Supreme Court nomination after the election in a lame duck session. The real deadline may be when the next Senate convenes on Jan. 3, 2021.

Can Democrats block a nominee on their own and can Senate Minority Leader Chuck Schumer deploy any procedural tricks to stop McConnell?

There will always be procedural wrangling, but Democrats can’t do much without help from at least a few Republicans. A simple majority is all it takes under current Senate rules to confirm a Supreme Court nominee since McConnell eliminated the filibuster to confirm Justice Neil Gorsuch in 2017.

Democrats can raise objections about a potential nominee, raise hell in confirmation hearings and on the floor of the Senate, but ultimately, the committee and McConnell will decide when the key votes occur.

How many Republicans need to defect to derail a nomination, and who are the ones to watch?

Democrats need four Republicans to vote with them to block a nominee. That’s because the GOP holds a 53-47 majority, and Vice President Mike Pence can break any 50-50 tie.

— Sen. Lisa Murkowski (R-Alaska), who already voted against Trump’s most recent Supreme Court nominee, Brett Kavanaugh, has emphasized that no vacancy should be filled this close to an election. She told an Alaska outlet on Friday, just hours before Ginsburg’s death was announced, that it’s way too close to the election to support a nominee for a Supreme Court vacancy.

— Sen. Susan Collins (R-Maine) expressed similar sentiments to The New York Times, and she faces a tough election this fall where she’s tried to emphasize her independent streak. At the same time, she can ill afford to turn off the GOP base, and she won praise from conservatives for voting for Kavanaugh.

— Sen. Mitt Romney (R-Utah) has broken with his party on impeachment and been unafraid to stand in Trump’s way at crucial moments in his presidency when they disagree. He hasn’t indicated what he would do in the event of a Supreme Court vacancy but he’s on everyone’s watch list for a potential defection.

Other GOP senators to keep an eye on are incumbents who face potentially tough races and may want to boost their bipartisan credibility, such as Cory Gardner of Colorado, Martha McSally of Arizona, Thom Tillis of North Carolina and Joni Ernst of Iowa. But these senators have also stuck close to Trump and may not want to upset his supporters. McSally already announced her support for holding a vote on Trump’s nominee.