Where Are The Thousands Of Nazi-Looted Musical Instruments? 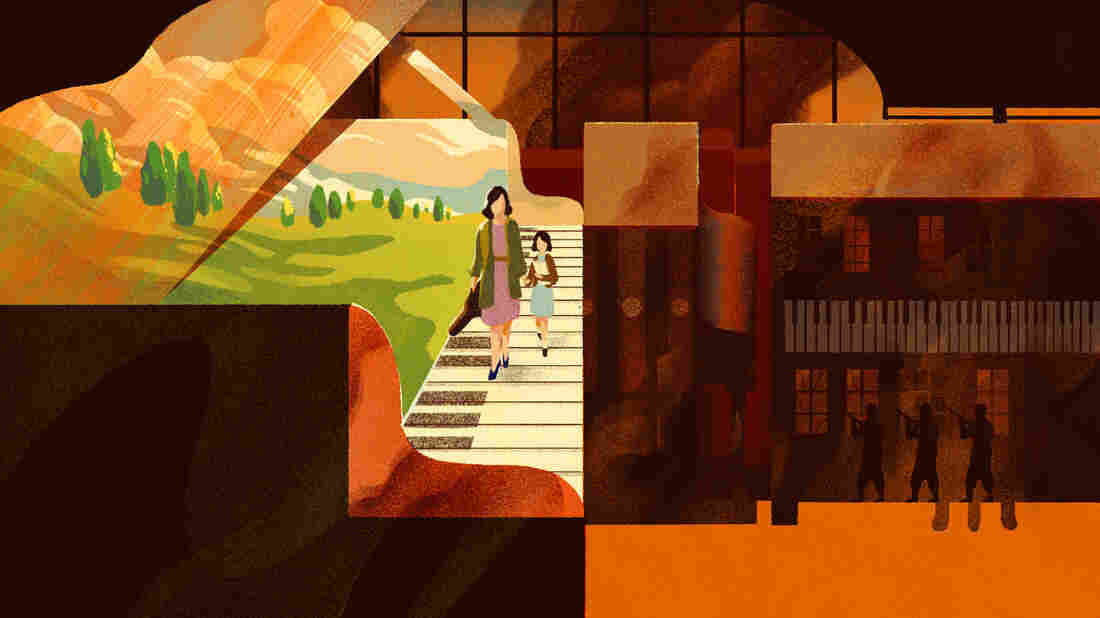 Families are still seeking the musical instruments and other items stolen by the Nazis. Cornelia Li for NPR hide caption 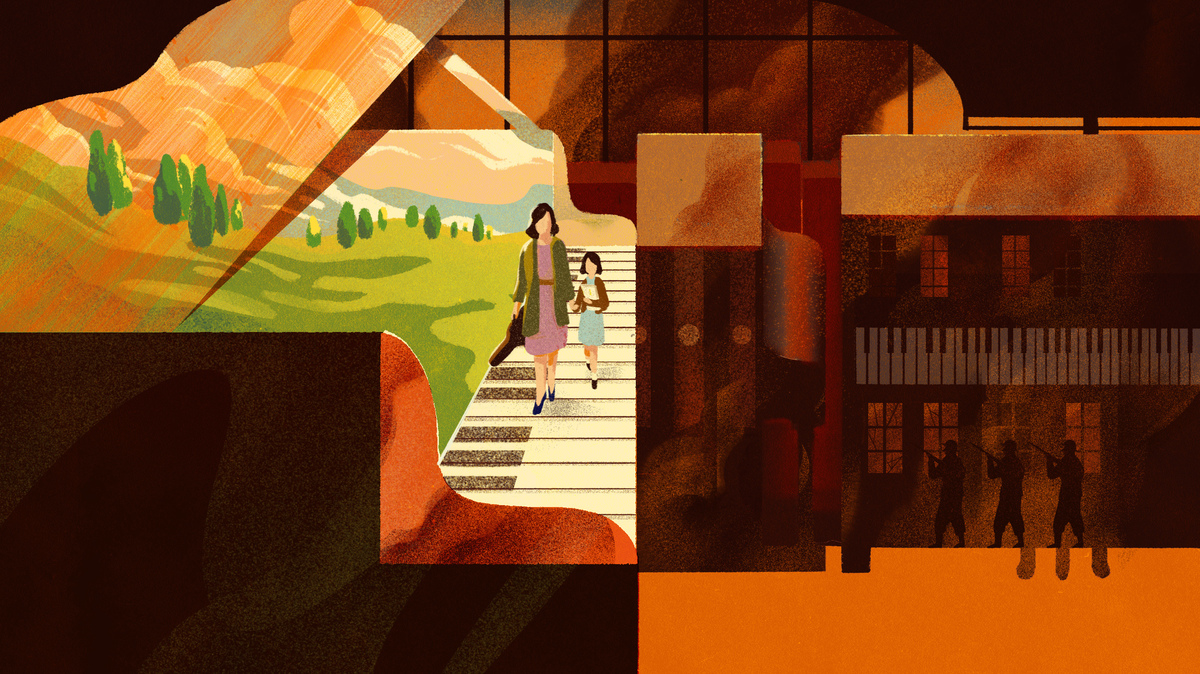 Families are still seeking the musical instruments and other items stolen by the Nazis.

In April 1945, Madame Roos wrote a letter to French authorities describing her piano she was hoping to get back. Roos, who was 72, was Jewish and her piano had been stolen when Nazis emptied her apartment in Paris.

A similar fate befell many of the 75,000 French Jews deported to concentration camps during World War II.

“It would take me too long to list piece by piece what was taken,” said the letter, which only showed the author’s last name. “But it seems to me if my piano is still in Paris, perhaps my furniture is, too.”

Roos described “a brown piano of the brand Hanel,” with a piano stool and dust cloth for the keys covered in the same yellow fabric.

Roos, who described herself as infirm, had to vacate her apartment in June 1943 when her two daughters were denounced and deported, according to the letter. “I was unable to get food or survive alone so had to leave everything behind,” she wrote.

Her note is among thousands of letters that French archivist Caroline Piketty studied while researching Paris’ pillaged pianos.

There has been a lot of research into the Nazis’ plunder of Jewish-owned artwork in Europe during World War II, though far less attention has been paid to the looting of instruments. But a number of scholars have been focused on bringing this facet of Nazi crimes to light.

Piketty was among many experts who attended a conference in January in Paris titled Looted Music, Sources and Research Methods. The gathering, organized by the Center for History at the Paris Institute of Political Studies, also included historians, musicologists and lawyers. 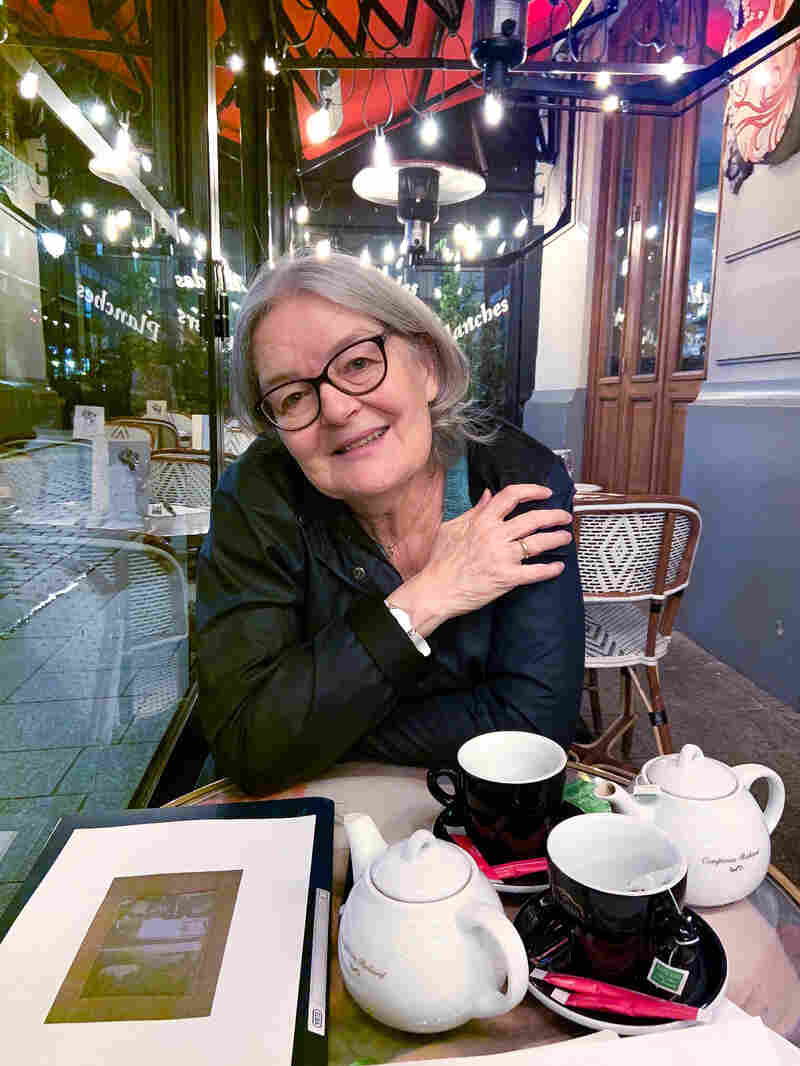 “Even tailors and corset-makers had a piano”

Piketty says in the spring of 1945, with Paris liberated but the war in Europe not quite over, French authorities opened three warehouses to the public to display hundreds of pianos that had been stolen by the Nazis. Those who had lost an instrument were invited to write a letter for an appointment to visit.

“I was astounded to find there were pianos in so many Jewish homes, even the most modest ones,” Piketty says. “Most of the Jewish families were not well off. But even the tailors and corset-makers had a piano and a taste for music.”

When Germany invaded France in May 1940, there were already commandos ready to seize and steal all the cultural things of Jews in France.

“When Germany invaded France in May 1940, there were already commandos ready to seize and steal all the cultural things of Jews in France,” he says.

De Vries says Nazis swiftly emptied the apartments of prominent musicians who had already fled. The next wave of plundering came with the deportation of ordinary Jews in 1942.

“It was really a very sophisticated organization,” he says. “The Sonderstab Musik collected all the musical instruments they found, and the music books and the records. And the Jews were of course sent to the concentration camps and all of their possessions were catalogued and inventoried and systematically sent to Germany, mainly to German people who had suffered from the allied bombings starting in 1942.”

Piketty explains that when a person was deported in France, the rest of the family usually fled. The Nazis would then seal the apartment and return with trucks to take not just the piano, but everything — tables, chairs, bedsheets, linens and dishes. She says the electric sockets were even pulled out of the walls.

Tale of a music publisher

In 1998, 44 countries gathered in Washington, D.C., and pledged to help identify and restore art and other property looted by the Nazis to the descendants of Jewish owners. Since then tens of thousands of artworks, books and cultural objects that ended up in museums across the world have been returned.

Every nation has a story that feeds into this overall story.

Carla Shapreau, a senior fellow at the University of California, Berkeley

Carla Shapreau, a senior fellow at the University of California, Berkeley’s Institute of European Studies, has been working on the subject of Nazi looted instruments for more than a decade.

She says there are many families still looking for musical instruments but it’s challenging to trace them because government records, dealer records, claims, confiscation records — everything that has to be compared when looking for an instrument — are scattered across many countries.

“Every nation has a story that feeds into this overall story,” Shapreau says. “It all interconnects, and without doing global research it’s very difficult to put all those pieces together.”

Shapreau’s research has helped 72-year-old Danièle Enoch-Maillard fill in the blanks on her own family’s past. 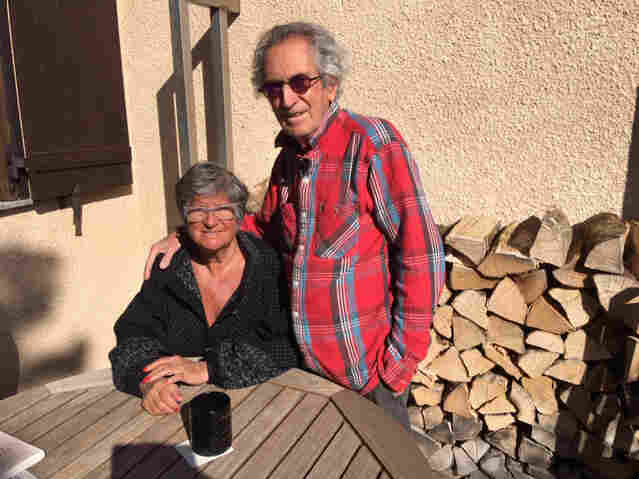 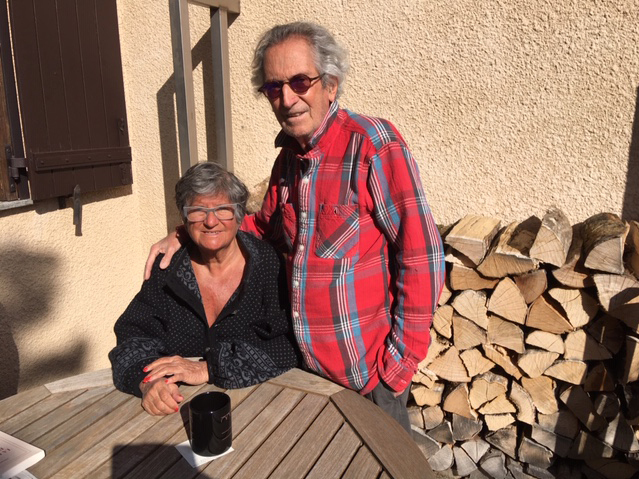 Danièle Enoch-Maillard and her husband Christian Maillard sheltering from the coronavirus in their chalet in Chamonix, France.

Enoch-Maillard, who is Jewish, is the fourth generation to run her family’s music publishing business in Paris. A year and a half ago, Shapreau contacted her with the full list of what was looted from her grandparents’ apartment when they were arrested by the Nazis and deported to Auschwitz in 1943.

“I never knew what they took,” says Enoch-Maillard, who calls Shapreau’s work tremendous. She says her own father never talked about it.

The inventoried list includes her grandparents’ extraordinary music library and a historical Erard piano once played by composer Emmanuel Chabrier.

“Shapreau found that piano and it is numbered,” says Enoch-Maillard. “So if it is ever located, it could be identified.”

Enoch-Maillard says her father never tried to get the instrument or anything else back. She remembers he had a coupon to get a free piano.

“He went to get one in a warehouse where they had put all the pianos that they got back,” she says. “He just took an ordinary piano and he brought it back to the house and I learned to play on that piano.”

Thanks to Shapreau’s research, Enoch-Maillard says she also found out how much one of her grandparents’ non-Jewish friends did to protect and preserve their music business. As the Nazis tried to Aryanize Jewish-owned concerns, her grandparents entrusted their company to a friend. He delayed and blocked its sale, which allowed her father to get the business back after the war. “I never knew that,” she says.

Her father, Jacques Enoch, hid out the war in an Alpine village. Young and athletic, she says he fled Paris in 1940, pedaling some 600 miles south.

Scholars say it’s hard to put a number on how many instruments were stolen by the Nazis, and there are different estimates.

Shapreau says in France, immediately following the war, about 1,500 instruments were listed as missing by those who had survived the Holocaust. That list did not include the music manuscripts, books, scores, music libraries and other musicalia looted by the Nazis.

A 1997 French government commission that looked into looted Jewish property reported 8,000 pianos missing after the war, with 2,221 recovered.

Archivist Piketty says she doesn’t know how many pianos were in those three warehouses in the spring of 1945, but she studied the letters of 3,000 Parisians searching for their pianos. She says about half of them got their instruments back.

Swiss violin-maker Mark Wilhelm, who also attended the Paris conference, says his country’s instrument dealers further complicated things by not checking the provenance of likely looted instruments and then reselling them on a large scale.

“You put money, you put jewelry in the case”

The Paris workshop on looted instruments was organized by Pascale Bernheim, who heads a French association that tries to trace lost instruments. She says an instrument was often among people’s most valued possessions.

“When someone has to leave his home in a rush, he takes with him his most precious belongings,” she says. “The violin or the instrument is quite often considered a very special belonging. And usually you put money, you put jewelry in the case and you lived with it. And then you either keep it with you as long as you can or you sell it because you need cash desperately, or you give it to someone you trust to store it. And then the question is what happens to this instrument if you are not there to claim it back?”

Piketty says going through the correspondence of people hoping to find their pianos was heartbreaking.

“These letters were almost all written at the same time that the deportees were starting to come home,” she says. “People were wondering if their children or their parents who had been gone two, three and four years would return. There was big hope. There was also hope of finding a cherished instrument that was at the center of good times and family memories before the war.”

Piketty says Madame Roos did not get her piano back or ever hear from her two daughters again.

She reads from the letter of another woman, Madame Chwatt, who was looking for the piano belonging to her husband who had been deported. Chwatt said she could not imagine the composer coming home and not finding his instrument.

“My husband cannot be without his piano,” she wrote. In the end, Chwatt got back the piano. But her husband never returned.