Where does the Queen live? Inside Buckingham Palace, Windsor, Sandringham... 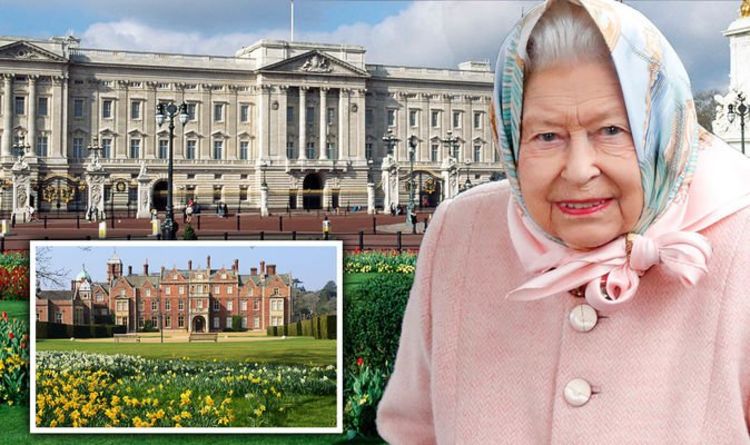 In Norfolk, Sandringham House is the Queen’s private home, and the Sandringham Estate is known to be especially significant for the Queen.

The Queen visits Sandringham at Christmas every year, and she is usually joined by many other members of her family.

The Queen tends to leave in early February after spending some time with Prince Philip, as this is when her father King George VI died at Sandringham in 1952.

Once described as ‘the most comfortable in England’, the property was one of the first to boast a shower and flushing toilets.

But despite being set in 600 acres of woodland, the house is small by royal standards.

Quarters are said to be ‘cramped’ and the Queen has previously ‘ran out of room’ at Christmas, with relatives forced to sleep in servants quarters.

The main ground floor rooms are open to the public when the Queen is not in residence.

And the Sandringham Estate frequently has properties available for rent to those who work locally, including Flitcham Hall country house which boasts 6 bedrooms 3, reception rooms, 3 attic rooms and a wine cellar and costs £3,750 per month.