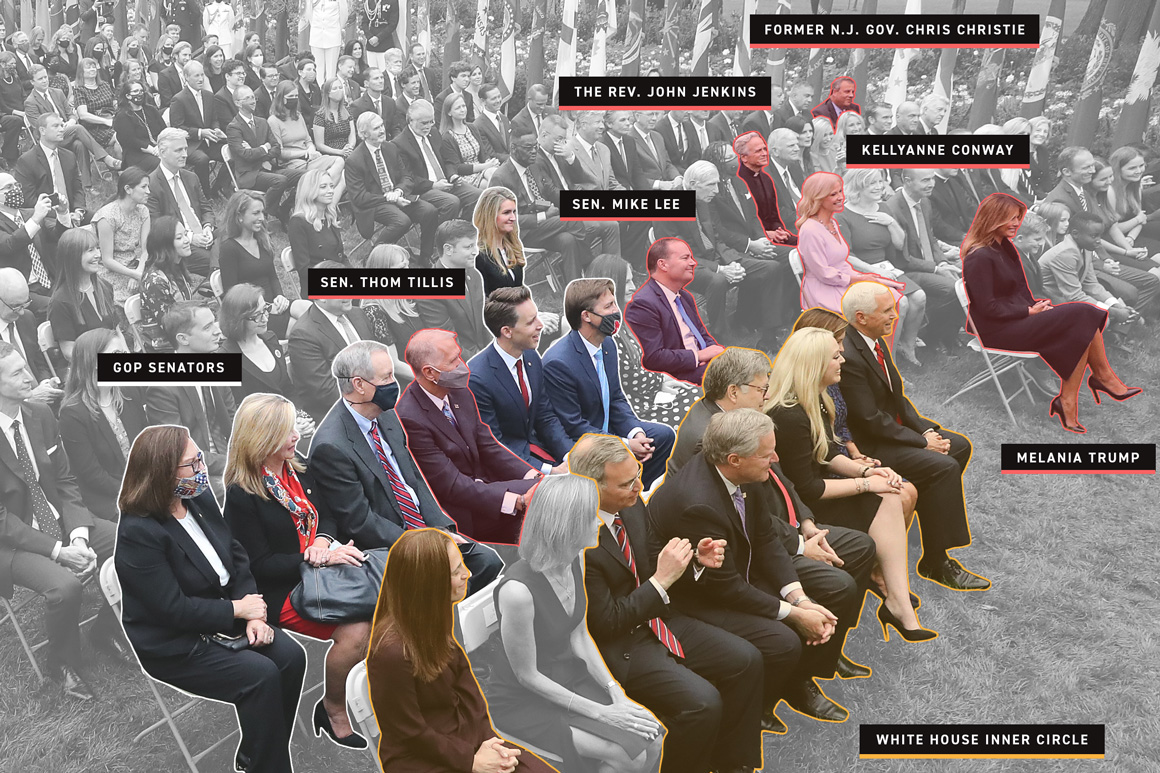 Trump announces in an evening interview on Fox News that he and the first lady are being tested for the coronavirus. He later tweets that they will “begin our quarantine process!”

Trump tweets shortly before 1 a.m. that he and the first lady have tested positive for the virus and “will begin our quarantine and recovery process immediately.”

White House chief of staff Mark Meadows says Trump was experiencing “mild symptoms” after contracting the coronavirus. He refuses to say whether he intentionally withheld information about Hicks also testing positive in recent days. Later that evening Trump is hospitalized at Walter Reed Medical Center where the White House says he will spend “the next few days.”

Tonight, @FLOTUS and I tested positive for COVID-19. We will begin our quarantine and recovery process immediately. We will get through this TOGETHER!

Sens. Thom Tillis and Lee both announce Friday they’ve tested positive for coronavirus, with each Republican senator saying they will quarantine for 10 days. Both men serve on the Senate Judiciary Committee, which is considering the Supreme Court nomination Barrett, and were at Saturday’s event. Lee separately met with Barrett on Tuesday. Tillis met with her Wednesday.

Conway and University of Notre Dame President Rev. John Jenkins — both of whom attended the Rose Garden announcement — say they have tested positive. “My symptoms are mild (light cough) and I’m feeling fine,” Conway posts on Twitter.

Sen. Ron Johnson becomes the third GOP senator to test positive in 24 hours. A spokesperson says he is not experiencing any symptoms and will quarantine until given the all-clear from his doctor. The full Senate will not return on Monday as scheduled, but instead plans to recess until Oct. 19.

Christie, who was at the Saturday event for Barrett’s nomination and helped Trump prepare for the Tuesday debate, tweets that he tested positive for coronavirus: “I will be receiving medical attention today and will keep the necessary folks apprised of my condition.”