‘White guilt’ shakes up the 2020 election 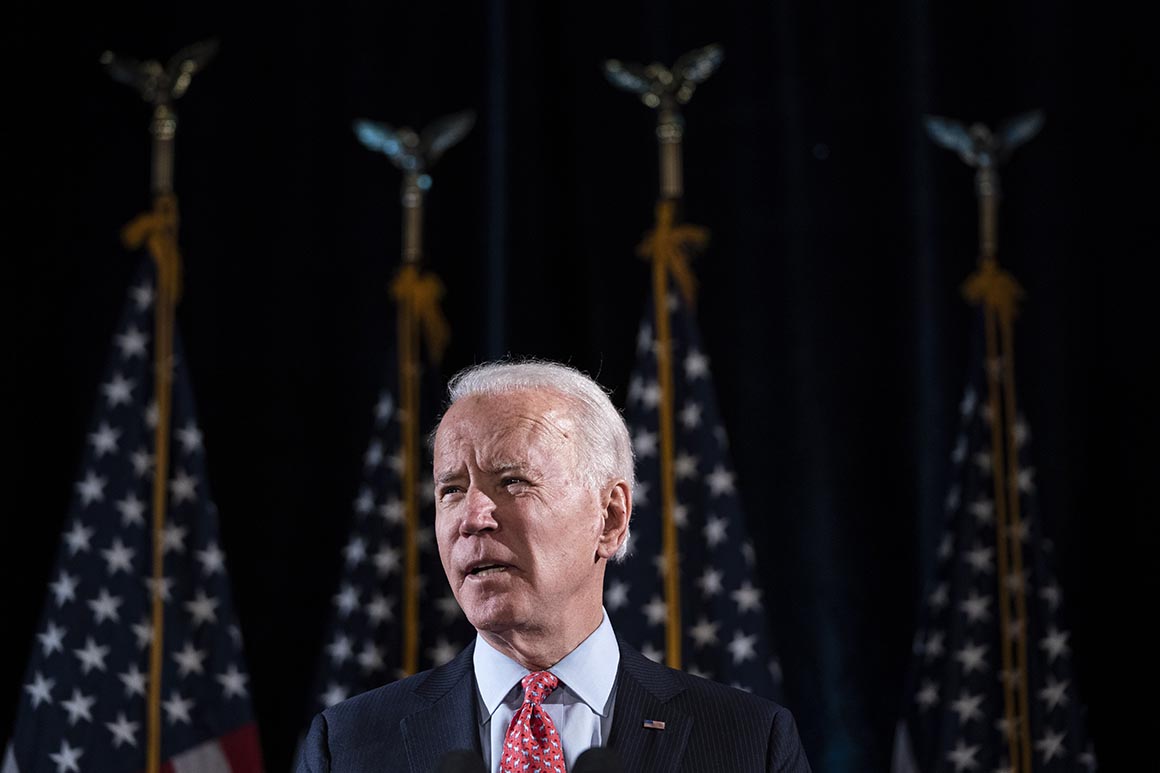 Corporations across America, from Amazon to snack-food makers, are declaring “Black Lives Matter,” something even Democratic presidential candidate Martin O’Malley flinched at saying in 2016 when he added that “white lives matter. All Lives Matter.” News Corp’s Lachlan Murdoch emailed Fox News employees last week to say it’s “essential that we grieve with the Floyd family, closely listen to the voices of peaceful protest and fundamentally understand that black lives matter.”

Many white Americans, particularly those with college educations, no longer believe that Jim Crow-like conditions are a shameful relic left behind in the 1960’s or that instances of police violence against African Americans are isolated, the result of rogue bad actors. Those swiftly changing attitudes could reshape the political landscape heading into November, especially as Biden and President Donald Trump diverge in their responses to the tumult.

Trump has stuck with his brand of white identity politics that won him the White House. While he has condemned the killing of Floyd, he has retweeted people saying “Floyd was not a good person” and was a “symbol of a broken culture in black America today.” As part of a larger promise to restore “law and order,” the president has focused attention on looters and “thugs” that have devastated some businesses during the unrest. And as many Americans are protesting police violence, Trump and his campaign have resumed attacks on NFL players who kneel during the national anthem to protest police brutality, tweeting: “There are other things you can protest, but not our Great American Flag — NO KNEELING!”

In contrast, Biden has deployed a sort of white identity politics for the people whose consciences have been shaken — the woke or, perhaps, woke-curious. It is part of a larger bet since the beginning of his campaign that the country is recoiling at Trump’s incendiary appeals and that the traditional “law and order” playbook won’t work in 2020. While Biden has denounced rioting, he has focused more on police reforms and pledged “an era of action to reverse systemic racism.”

“There is action we can take right now to truly start treating the wound and not allow the wound to just scab over, and I think that that’s something all Americans can get behind.” said Biden senior adviser Symone Sanders.

While Biden’s approach could alienate some white voters — which Hillary Clinton suggested happened to her in 2016 when she supported Black Lives Matter activists, as she recounted in her book “What Happened” — there are signs this year is different.

A Monmouth poll this month found that 35 percent of white independents and 48 percent of white Democrats say that race relations will be a “major factor” in their vote for president. In the same poll, seven of 10 white Americans described racial discrimination as a “big problem,” a 26-point increase from 2015. Another survey found the percentage of white people with a favorable impression of police dropped more than 10 points over the past week, although over 60 percent still approved of police, suggesting that Trump’s law-and-order message could still resonate.

“I don’t know if [Biden’s] consciously appealing to” white people disturbed by police misconduct, “but I certainly think he’s giving voice to them,” said Cornell Belcher, a pollster for both of Barack Obama’s presidential campaigns. “It’s a shock for so many white Americans that racism and discrimination is still a thing in this country.”

Several black politicians, activists and pollsters told POLITICO that it’s been decades since they’ve seen as many white Americans being so proactive and reflective about their own prejudices. Similar protests of police violence against black people in recent years, from Michael Brown in Ferguson, Mo., to Eric Garner in New York City, did not attract anywhere near the amount of support from white people, they say.

“I think this is our Emmett Till moment,” said Connecticut State Treasurer Shawn Wooden, the only African American treasurer in the country and the only black statewide elected official in New England, referring to the 1955 lynching of a 14-year-old African American child. “And like that time in Mississippi, which opened the eyes of many white Americans to the brutality of racism and moved many white Americans to say, ‘This has to change,’ and helped advance the civil rights movement and the cause at the time, I believe that that is what’s happening now.”

At Floyd’s funeral in Minneapolis last week, the Rev. Al Sharpton observed that “[w]hen I looked this time and saw marches where, in some cases, young whites outnumbered the blacks marching, I know that it’s a different time and a different season,” referencing a verse from Ecclesiastes.

Some white lawmakers have found themselves reflecting more on race as well. Rep. Jennifer Wexton, who flipped a suburban district in 2018, attended her first Black Lives Matter protest last weekend in her Northern Virginia district.

The events of the past few weeks have forced Democratic Virginia Gov. Ralph Northam to reckon with race in a personal way again. In 2019, when reporters found his medical school yearbook page with a picture of a man in blackface, Northam denied it was him. But asked in an email whether he felt guilty for not recognizing racial inequities earlier in his life, he said, “Of course — I think that’s true for many white people.”

Over the past year, Northam has made racial justice a focus and this past week he announced that a 14-foot bronze statue of Confederate Gen. Robert E. Lee in Richmond would be taken down.

It’s unclear how much these expressions of solidarity represent enduring changes of opinion or temporary virtue signaling during a period of national trauma. Several of the companies affirming their opposition to racism have also been criticized for having mostly white leadership or engaging in discriminatory practices. And declaring “Black Lives Matter” is a lot easier than supporting specific policies that could disrupt their own lives.

“People don’t just get woke overnight,” said Angela Lang, executive director of BLOC, which focuses on organizing the black community in Milwaukee. “Being in Wisconsin, we are seeing that white liberals can still have blind spots with racial justice, but everything now is just so obvious that people are digging more into being anti-racist.”

Belcher, who also wrote the book “Black Man in the White House,” said he’s cautiously optimistic about white America. “I’m a cynic but I do think there’s something different this time around,” he said.

“There seems to be a consciousness in this country about racism and discrimination right now that’s different from the last two decades and makes it uncomfortable for white Americans to stay on the sidelines.”

Recent polling suggests this could be a unique moment. A CBS News survey found that 52 percent of white voters believe they have a better chance of getting ahead than black people, a 13-point increase from 2015 and the highest mark ever on the question since CBS began asking it in 1997. The survey also found 52 percent of whites now believe there is racial discrimination against blacks by police compared with just 36 percent in 2016.

The reactions to the killing of Floyd are also the culmination of years of activism and external events that have gradually changed the attitudes of white liberals going back to 2014. Beginning with protests in places like Ferguson and then in response to Trump’s racially divisive campaign and presidency, white progressives and independents had started to become more concerned with race.

In 2019, a majority of white people favored affirmative action for the first time since Gallup began asking in 2001. The proportion of Americans who were worried a “great deal” about race hit an all-time low in 2010 at 13 percent, before rising to 42 percent by 2017. Pew even found that by 2017, self-identified white liberals were more likely than African Americans to believe that racial discrimination was the reason black people were unable to get ahead. That coincided with the Democratic Party increasingly relying on college-educated white voters as their support among working class, high school-educated white voters dropped off.

Many of Biden’s opponents in the presidential primary tried to appeal to these white liberals by embracing policies like reparations and decriminalizing the southern border, positions Biden resisted adopting. That seemed to work in largely white states like Iowa and New Hampshire, where Biden finished fourth and fifth, respectively. But it did not appear to resonate with the majority of African American voters, who overwhelmingly backed Biden.

“He correctly diagnosed the issue when he announced his candidacy for president and that is we are in the battle for the soul of the nation, that we have to rebuild the backbone of this country, and we have to unite America. And he was made fun of for that,” Symone Sanders said. “Only now, many people are coming around to the fact that, ‘Oh, maybe Joe Biden had something going there.'”