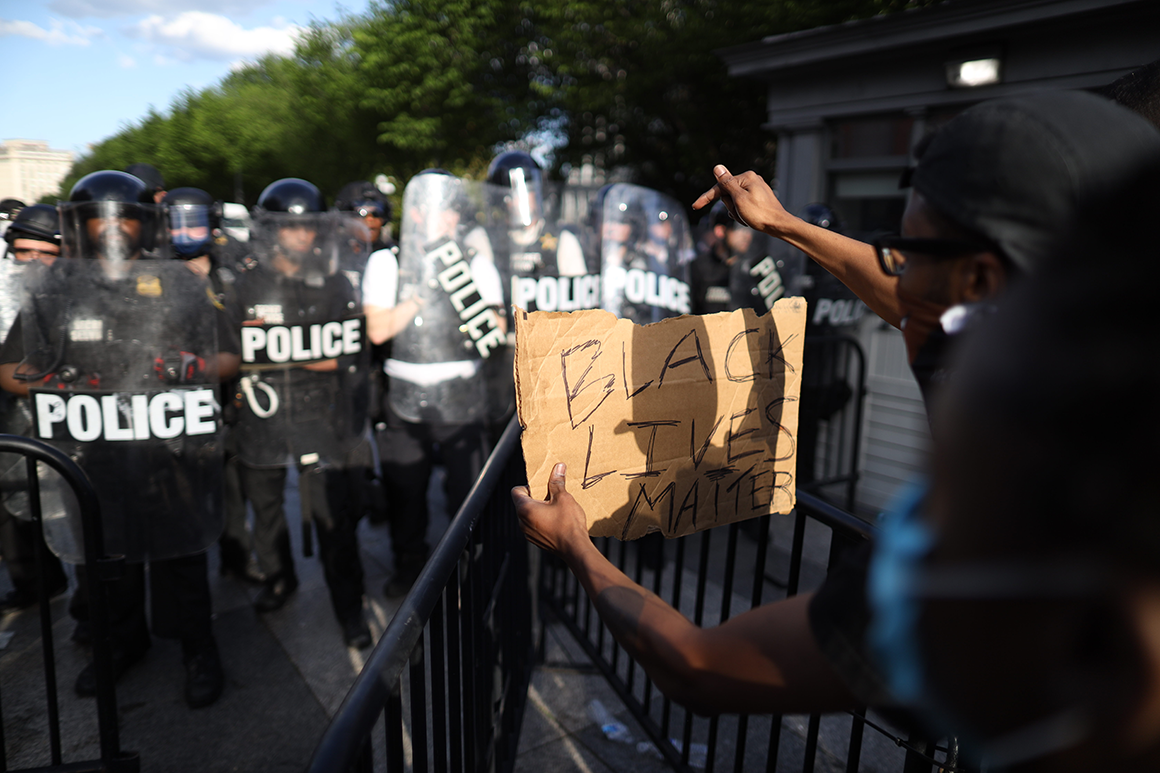 Several White House aides and Trump allies have argued over the weekend against any type of Oval Office address in the coming days.

White House aides were very pleased by the president’s speech in Florida at the SpaceX launch, where he spent the first several minutes of his remarks talking about the death of Floyd. Aides thought it struck the perfect balance between condemning the death and supporting law enforcement, and were disappointed that the remarks, which started in the early evening on Saturday, did not receive more attention from Americans or the national news networks.

The president’s national security adviser, Robert O’Brien, praised the Space X remarks during a Sunday morning TV appearance but declined to say whether Trump would give a formal address this week.

The White House press office did not respond to requests for comment on Sunday.

Prominent African American supporters of the president said they had not heard from the White House about attending any upcoming events. Bruce LeVell, a member of Trump’s 2020 Advisory Council and an Atlanta business owner, praised Trump’s response, including his decision to ask the FBI and the Department of Justice to expedite its investigation into Floyd’s death.

“The president condemned that behavior right out of the gate,” LeVell said. “I say this respectfully, but previous administrations took more of a ‘wait-and-see’ approach, like ‘Let’s see what the local DA says.’ Trump said, ‘Let’s get Barr on this,’” referring to Attorney General William Barr.

The lone African American Republican senator, Tim Scott of South Carolina, took a more nuanced approach. In an interview on “Fox News Sunday,” Scott said some of the president’s tweets with phrases about responding to protesters with vicious police dogs, or how looting would lead to shooting, were not “constructive.”

“I spoke with the president yesterday morning, and he and I had a good conversation about what are the next steps,” Scott said. “I told him what I’m going to tell you, which is, ‘Mr. President, it helps us when you focus on the death, the unjustified, in my opinion, the criminal death of George Floyd. Those tweets are very helpful. It is helpful when you say what you said yesterday, which is that it’s important for us to recognize the benefit of nonviolent protests. It is helpful when you respond to my request to have the Department of Justice, led by Attorney General Barr, have a commission and a conversation around race and justice in this nation. Mr. President, it is helpful when you lead with compassion.’ And the tweets that I saw yesterday were far better.”

The pressure on the White House to respond to the protests will only continue this week, as the nation looks to Washington for leadership. Friday will bring potentially more bad news, when the Department of Labor will unveil the latest national unemployment statistics.

Advisers have warned that the unemployment rate could rise from its current 14.7 percent to over 20 percent. Aides also plan to closely watch the coronavirus infection rates and how those play out as every state eases its standards on social distancing and the reopening of local businesses.