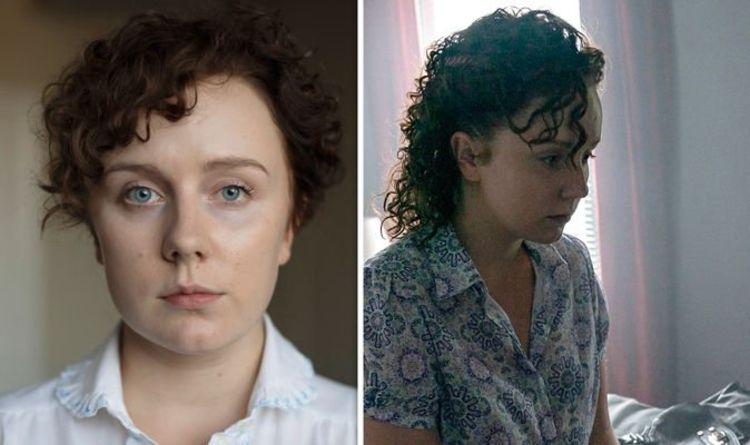 Welsh actress, Alexa Davis portrays Julie Mugford in White House Farm on ITV. Mugford is the former girlfriend of Jeremy Bamber and she went on to become a key witness at Bamber’s trial. Bamber is currently serving a whole life sentence and continues to deny any involvement in the deaths of Nevill and June Bamber, Shiela Caffell and her two six-year-old sons, Daniel and Nicholas Caffell.

Mugford briefly appeared in episode one, laughing and joking with Bamber in his bedroom in the days following the death of his entire family.

Mugford was a student at Goldsmith College in London and she and Bamber began dating in 1983.

They stayed together until early September when their relationship came to an end after a series of rows.

At the moment, very little detail has been revealed about her in the drama but as the series is based on a tragically true story, Julie will play a bigger part as the episodes continue.

One month after the killings and three days after they broke up, Mugford gave a second statement to police.

Her statement led to Bamber’s arrest the following day on September 8, 1985.

In her second statement, Mugford alleged that Bamber had spoken numerous times about killing his family.

She revealed that his conversations about killing his family became frequent between October and December 1984 and in late 1985, he had spoken to her about shooting his entire family and escaping through a kitchen window.

In her second statement, also told police that at approximately 9:50pm on Tuesday, August 6, Bamber had called her to say he had been thinking about committing the murders all day.

Bamber then called again at approximately 3:30am, as she detailed in her first statement.

Between August and September, Mugford questioned Bamber’s involvement in the murders and she told police Bamber had said he had gotten his friend, a man named Matthew MacDonald to kill the family.

According to court documents from the 2002 Court of Appeal case R v Bamber, he told Mugford that MacDonald had been paid £2,000 to carry out the killings.

The court documents details how Mugford and Bamber broke up after she found out he had been seeing another woman.

The documents also detail how Mugford smashed a mirror and slapped Bamber and retaliated by twisting her arm.

Three days later she went to the police and changed her first statement.

On September 8, 1985, Bamber was arrested and interviewed over three days.