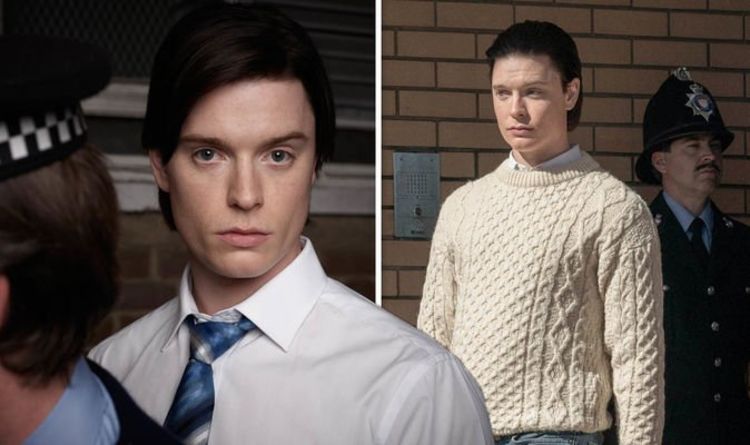 White House Farm will come to a conclusion next week as the police continue to shift their suspicions onto Jeremy Bamber (played by Freddie Fox) after initially suspecting Sheila Caffell (Cressida Bonas) was to blame. The ITV drama portrays the true story of the mass murder of the Bamber family in an Essex farmhouse in August 1985. However, the actor who plays the convicted murderer has admitted he was initially “worried” about taking on the role.

Jeremy is currently in prison after convicted of the murders of his adoptive parents, adoptive sister and her two sons.

But the police initially believed Sheila had murdered her family before taking her own life.

The ITV drama began with the murders and follows the case through to Jeremy’s conviction the following year.

Actor Freddie wasn’t sure whether to take the role at first but turned to his acting father, Eddie Fox for advice.

“My father remembered the case,” Freddie explained. “The scripts were strong, but I was worried about what might happen after I’d played the part.

“My father knew I’d be excited at the prospect of paying such an interesting role in a great TV series but said I should think about it carefully,” he told What’s On TV.

“I thought about it long and hard and I think my decision to do it has been vindicated.”

They believe he’s been unfairly shown as an aggressive bully who was determined to blame Sheila for the murders.

Essex Police Detective Constable Michael Clarke told The Sun: “A lot of people are very unhappy about the portrayal of Taff Jones. They are making him a scapegoat.

“It wasn’t until we started pulling in the evidence provided by Bamber’s girlfriend, Julie Mugford, and finding things wrong with Jeremy’s story, that things started to change.”