White House Farm: Who is Ann Eaton? What happened to her? 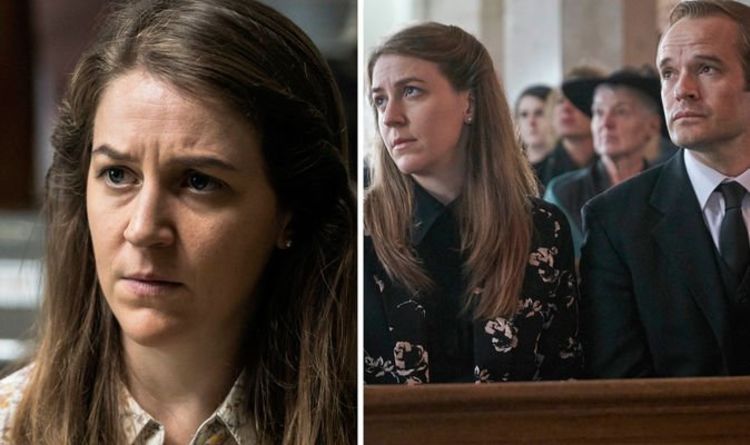 Gemma Whelan portrays Ann Eaton in White House Farm on ITV. Eaton was the cousin of Jeremy Bamber (played by Freddie Fox) who went onto become a prosecution witness at Bamber’s trial. Speaking to Bradford Zone, Whelan said Ann was “pivotal in alerting the police to the way he [Jeremy Bamber] behaved after the murders and other aspects they overlooked.” Bamber is currently serving a whole life sentence and continues to deny any involvement in the deaths of Nevill and June Bamber, Shiela Caffell and her two six-year-old sons, Daniel and Nicholas Caffell.

Who is Ann Eaton? What happened to her?

Christine ‘Ann’ Eaton was the niece of the late June Bamber (Amanda Burton).

Before the killings, June Bamber, her sister Pamela Boutflour, Eaton and Bamber jointly owned the nearby Osea Road Caravan site.

Following the tragic events of August 7, the police initially believed Sheila Caffell had committed a murder-suicide.

At the same time, PS Bews, PC Myall and PC Saxby form Witham Police Station made their way to the fair.

They told the court that Bamber had been driving much slower than them, despite living just 3.5 miles away from the farm and despite supposedly believing his family was supposedly in grave danger.

The police officers also told the court that they had passed him on Pages Lane and that Bamber had arrived at the court one to two minutes after them.

Eaton testified that this was unusual as he was normally a fast driver.

In 2010, Bamber, who had served 25 years of his life sentence at the time, claimed he was set up by family members to remove him from the family inheritance.

Speaking to the Sunday Times from prison, Bamber accused his family of planting the gun silencer and scratching the paint above the Aga cooker in the family kitchen.

The discovery of a silencer suggested a third party was to blame for the killings, as Caffell could not have turned the gun on herself whilst the silencer was attached.

The scratching on the Aga suggested a struggle had taken place between Nevill Bamber and the shooter. The paint found on the silencer matched that above the oven.