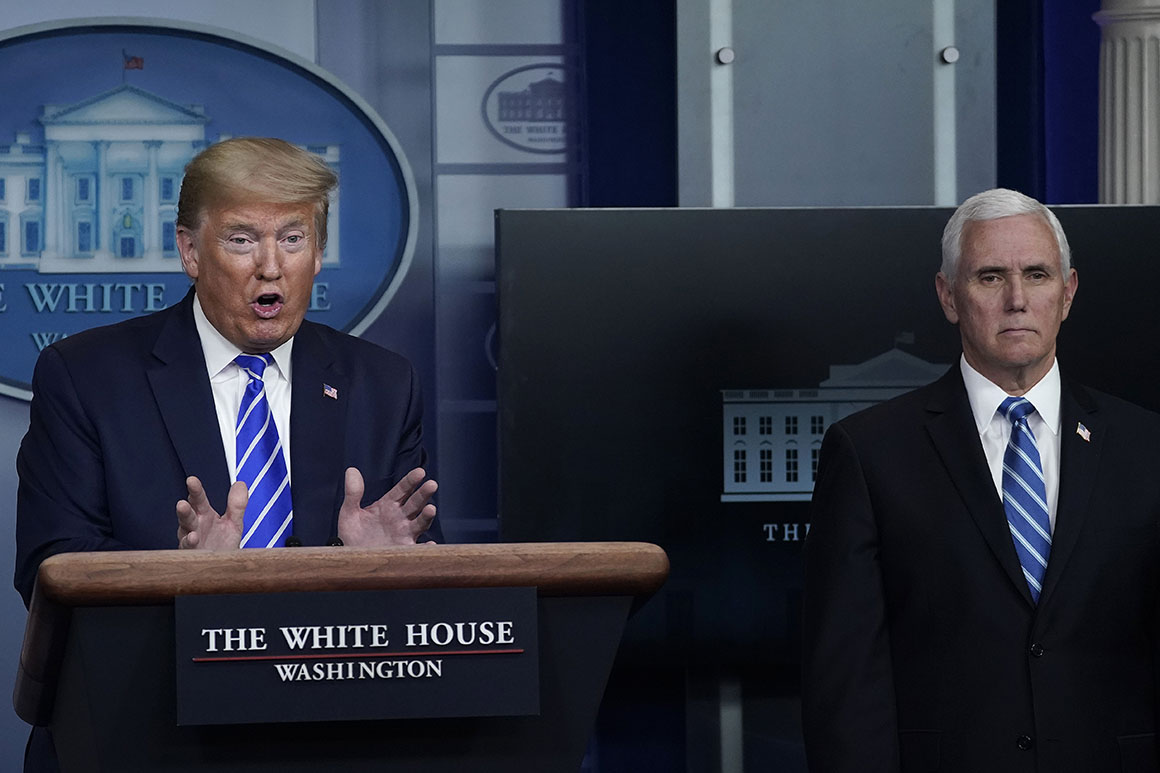 The Trump White House is planning to wind down its coronavirus task force in the coming weeks and instead ask agencies to take control of the response efforts.

“We’re having a conversation about that and about what the proper time is for the task force to complete its work,” Vice President Mike Pence said at a briefing for reporters on Tuesday. At that point, he added, the work would be moved to agencies like the Federal Emergency Management Agency.

“We’ve already begun to talk about a transition plan with FEMA,” Pence said.

The undoing of the coronavirus task force comes as the president has turned his attention almost entirely toward reopening the economy as more than a dozen states allow people to slowly return to businesses like hair salons and restaurants. By the end of the week, Trump’s top economic officials are expected to unveil new ideas for tax policy and regulatory changes to bolster the U.S. economy in the third and fourth quarters of the year — even as the death toll from the coronavirus continues to rise and the virus spreads to new areas of the country. Health officials remain concerned about an increase of cases in places like Chicago and Des Moines, Iowa.

“I believe we can be in a very different place in late May or early June,” Pence said. “We’re going to start to look at the Memorial Day window to transition back to having our agencies manage our response in a more traditional manner.”

Top officials on Tuesday said they are seeing a decrease in hospitalizations and have already received reopening plans from 41 states so far, which they consider encouraging. Dr. Deborah Birx, one of the top health experts on the task force, said the administration is keeping a close eye on long-term care facilities, group housing, Native American communities, prisons and workers that have group housing, in the hopes of quelling any oubreaks quickly.

All these developments are being taken into account, officials said, as they determine the necessity of the task force moving forward. The future of the task force will be based on the health conditions, aides said. Pence characterized the discussion of dissolving the task force as “preliminary.”

Inside the White House, there has also been discussion of creating a new and smaller group to supplant the task force — focused on developing a vaccine and therapeutics. Pence said this project, dubbed "Operation Warp Speed," is “almost like a Manhattan Project-style effort to develop a vaccine.”

“We’re all still talking to each other, but we’re just not coming together every day for an hour and a half to talk at each other as a group,” the person added. “For the health folks who are doing this stuff day to day, maybe from their perspective, this is more of a stand down.”

The unwinding of the task force was first reported by The New York Times.