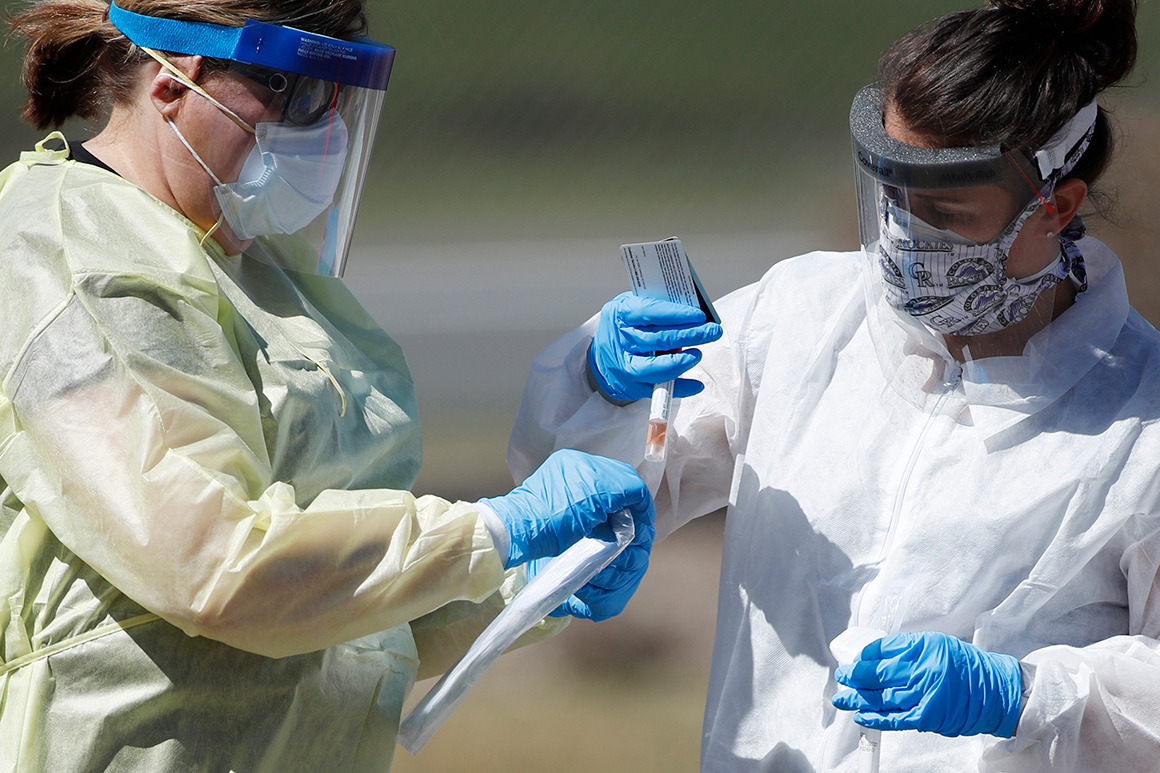 The current weekly rate of testing is well below the level that public health experts say is necessary to safely reopen the country — although several states have begun easing social distancing measures.

“Estimates for the number of tests we need range from 3.5 million to tens of millions per week,” Caitlin Rivers, a senior scholar at the Johns Hopkins Center for Health Security, testified to Congress last week.

One sign of progress in the latest U.S. testing data is the decreasing percentage of people who test positive. “In 31 states as of last night, the positivity rate is less than 10 percent,” Giroir said. “It’s not a litmus test, but it’s a good idea that we are doing plenty enough testing that we can enter phase one for careful reopening.”

Giroir also said that “everybody who needs a test can get a test” — defining “need” narrowly as people with symptoms or known exposure to someone who has tested positive.

Moments later he acknowledged that the U.S. will need to increase the number of tests it performs by more than a million per week to ensure it can test people with symptoms and their close contacts and conduct ongoing surveillance to detect new clusters of infection.

To meet the White House goal of testing 12.9 million people in May, states are being asked to provide updates on their testing strategies and report specific statistics to the federal government within a few weeks, a senior administration official told reporters Monday.

The Monday afternoon briefing came days after the White House announced that at least two staffers had been infected with the virus.