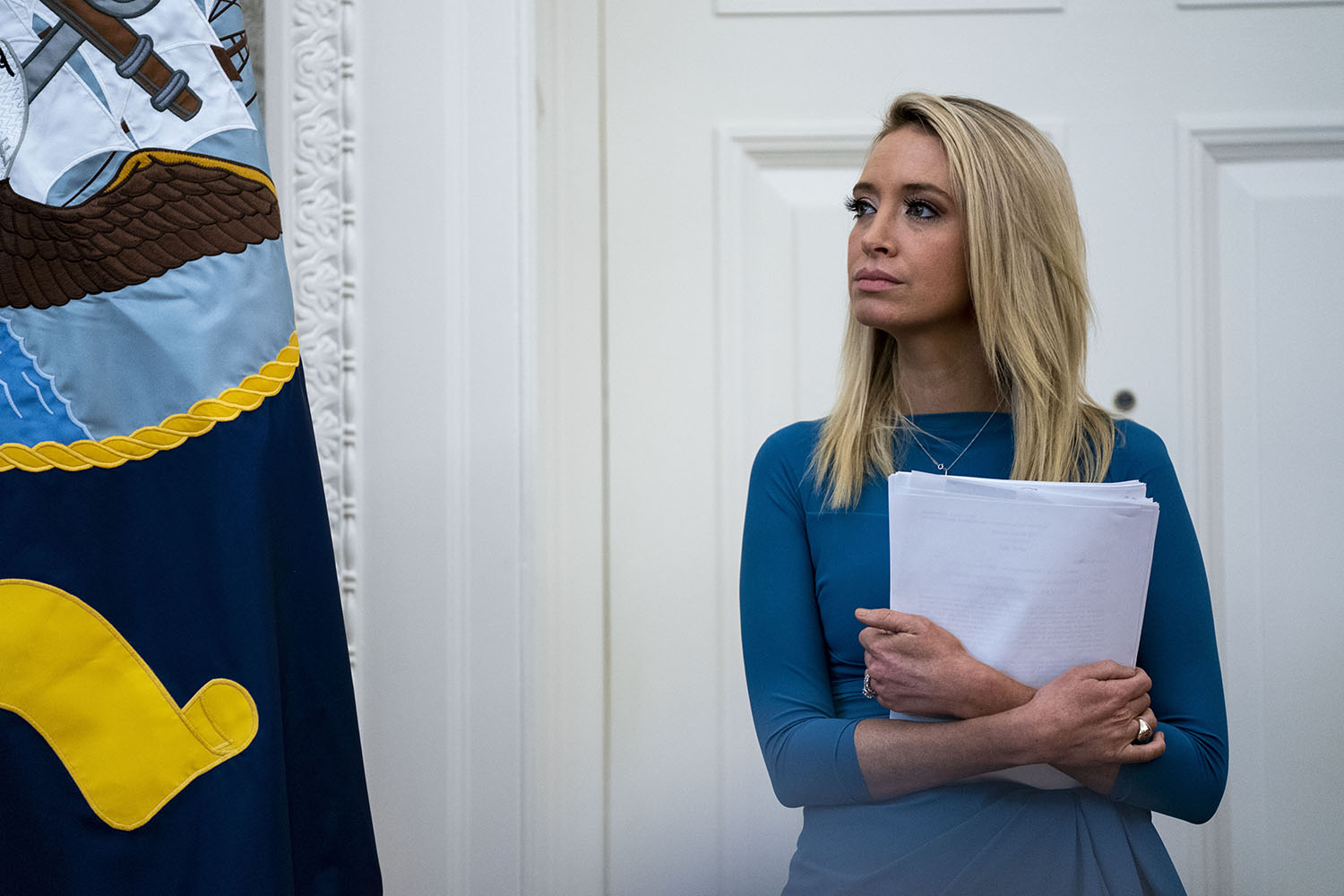 White House press secretary Kayleigh McEnany said Monday that the Trump administration’s daily coronavirus briefings "may have a different look" this week, signaling a shift amid cresting criticism of the president’s performance at his marathon news conferences.

McEnany, who spoke Monday to Fox News, said the White House is looking at other ways to “showcase” President Donald Trump’s “great entrepreneurship,” and added that the briefings are an important part of that as a way for the president to “speak directly to the American people.”

“The briefing’s a key component of that. We will have briefings this week,” McEnany said on Fox News Monday. “But again, the media needs to not read into what’s happening and look at this as an opportunity for the president to speak to the American people via the CEO meeting and later in the week during briefings as well.”

Trump’s briefing-related backlash reached a peak on Friday amid an almost-universal rebuke of the president’s dangerous suggestion a day earlier that Americans ingest or inject disinfectants to fight the coronavirus. On Friday, Trump claimed that his disinfectant remarks had been made sarcastically "just to see what would happen."

Friday’s task force briefing later that day was one of the shortest yet, with Trump walking away from the podium without taking a single question from the press. There were no briefings over the weekend either, boosting speculation that the White House had begun to see the president’s prominent role in the news conferences as having a drag on his approval ratings.

But McEnany said the briefings will resume at some point this week, and Trump will “absolutely” be present.