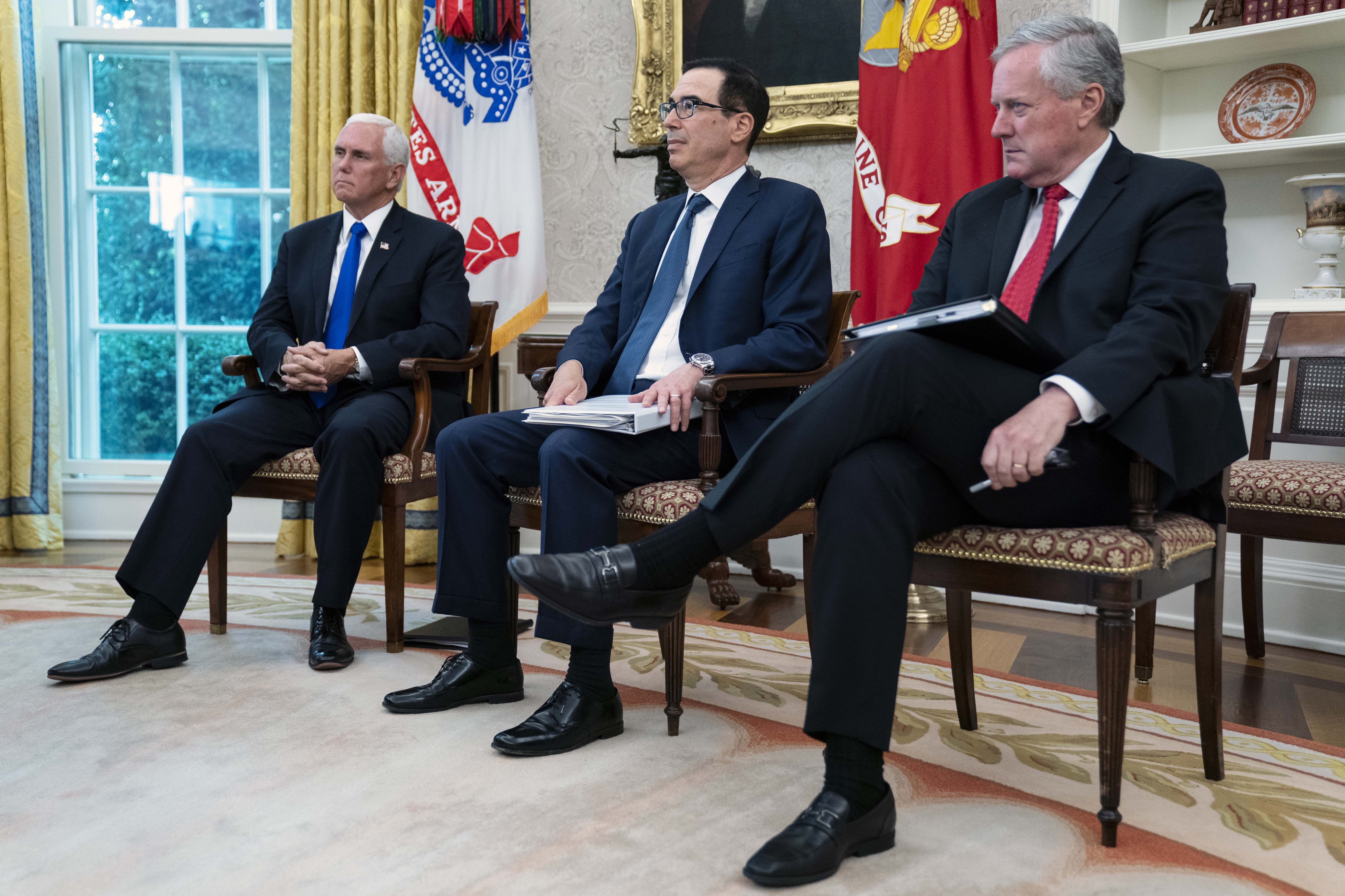 In another break with the president, Senate Republicans also want billions more to support state testing efforts. They also are pushing for funds for personal protective equipment and to lay the groundwork for vaccine production.

In his floor remarks Tuesday, Senate Majority Leader Mitch McConnell (R-Ky.) said the GOP proposal, which will be released “very soon,” will include $ 105 billion for reopening schools, as well as another round of federal funds for the Paycheck Protection Program and direct payments to individuals.

“We need to find the right sort of middle ground that is smart and safe but also more sustainable,” McConnell said. “I have made it clear that any further legislation out of the Senate will be a serious response to the crisis. We won’t be wasting the American people’s time like the House Democrats with their multi-trillion dollar proposal.”

McConnell said the caucus would discuss the payroll tax cut at lunch with Mnuchin and “see if we can get on the same page.”

Speaking from the Senate floor Tuesday morning, Schumer called the GOP’s ideas “inadequate” and said Republicans are “paralyzed by internal divisions among themselves, and by divisions with the president.”

Pelosi laid out her timeline during a private caucus call with House Democrats Tuesday morning, saying the need for a bill is “imminent.” Pelosi didn’t draw any “red lines” on the caucus call, instead reiterating Democratic priorities including state and local aid and funding for frontline workers and the postal service.

The speaker said she spoke to Mnuchin Monday about “housekeeping and timetables and the rest.” The two are scheduled to meet in her office Tuesday afternoon along with Meadows and Schumer.

“We will begin our conversations today,” Pelosi said on the call, per Democratic sources. “It is my hope that we can resolve our differences and have a bill by the end of next week.”

Heading into the morning meeting with Senate Republicans, Mnuchin was adamant about continuing to push for the payroll tax cut despite the idea being panned by lawmakers in both parties.

“Of course not,” Mnuchin told reporters when asked if the administration was backing away from the idea due to lack of support.

But Democrats are already dismissing the proposal, saying it’s not even a legitimate bargaining position given that so many members of Trump’s own party don’t support the idea.

“The Treasury secretary, I think, certainly has a good sense that this is not an option that is very viable in the Congress,” House Majority Leader Steny Hoyer (D-Md.) told reporters Tuesday. “I would hope that Secretary Mnuchin, on behalf of the administration, would spend his time on those options that have greater agreement, greater chance of consensus.”

The negotiations come as Congress is gearing up for a three-week sprint to August recess. McConnell has made clear that any coronavirus package must include liability protections for businesses and schools against lawsuits due to coronavirus exposure.

Republicans have floated ways to tie the funding to schools fully reopening. But Sen. Patty Murray (D-Wash), the top Democrat on the Senate HELP Committee, on Tuesday accused Republicans of “using student safety as a bargaining chip.”

“Any attempt to condition funds on physically reopening is a non-starter for Democrats,” Murray said.

While both sides are expressing confidence Congress can reach a deal before lawmakers return home to campaign in August, Republicans and Democrats remain far apart on key issues, including the price tag. McConnell and administration officials want to keep the package at around $ 1 trillion, while Democrats are pushing for adoption of the House’s $ 3 trillion Heroes Act, which the lower chamber approved two months ago.

Republicans are dismissing the Democrats’ bill as nothing more than a liberal wish list.

Another sticking point will be whether to extend boosted unemployment insurance provisions. The March coronavirus package included a $ 600-a-week boost, which is set to expire in the coming days. Senate Republicans argue that the bolstered benefits provide workers a disincentive for returning to work and want to see the payments either scaled down or restricted based on income.

But Democrats are showing no signs of caving and some, including Schumer, are pushing to tie the unemployment insurance benefits to economic conditions.

Andrew Desiderio and Michael Stratford contributed to this story.