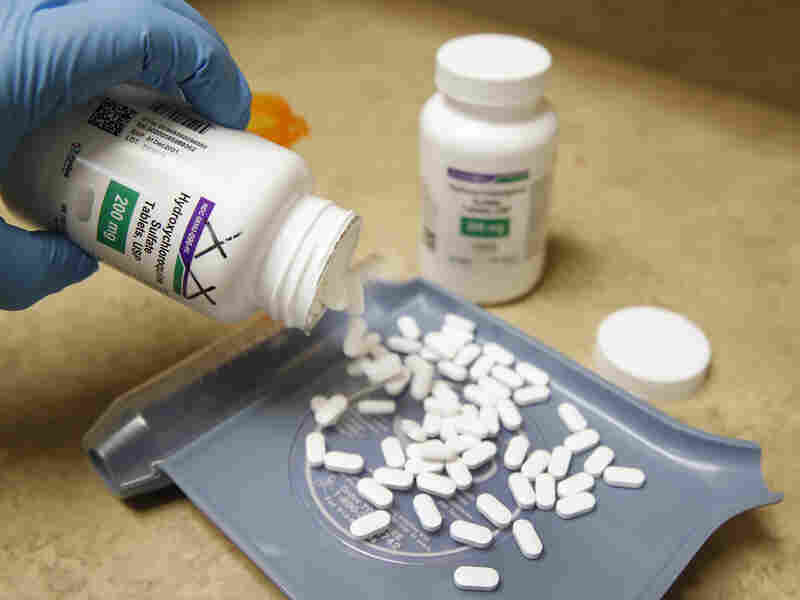 A pharmacy tech pours out pills of hydroxychloroquine May 20 at Rock Canyon Pharmacy in Provo, Utah, on May 20, 2020. After a study found COVID-19 patients using the drug were dying at higher rates, the World Health Organization announced it would suspend its clinical trial. George Frey/AFP via Getty Images hide caption 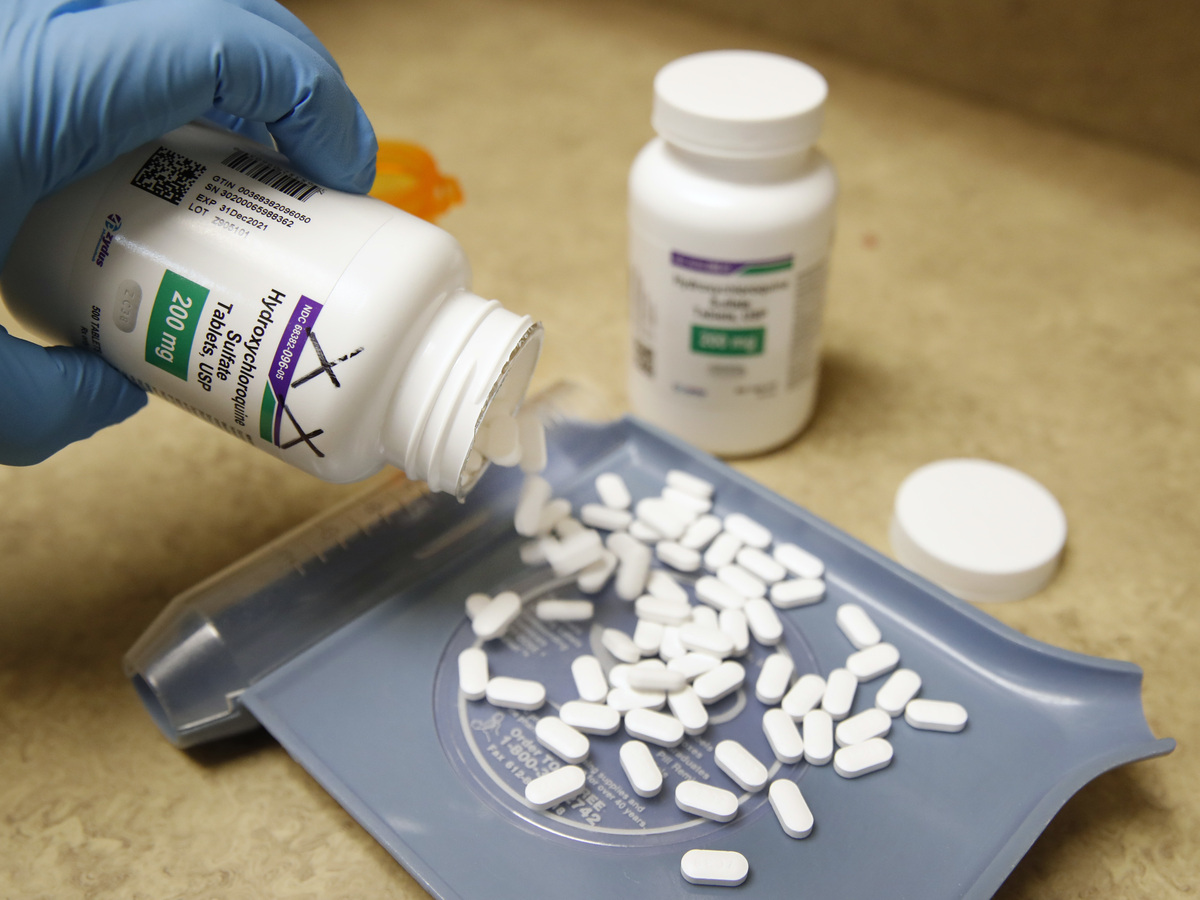 A pharmacy tech pours out pills of hydroxychloroquine May 20 at Rock Canyon Pharmacy in Provo, Utah, on May 20, 2020. After a study found COVID-19 patients using the drug were dying at higher rates, the World Health Organization announced it would suspend its clinical trial.

The World Health Organization says it is temporarily halting its clinical trials that use hydroxychloroquine to treat COVID-19 patients over published concerns that the drug may do more harm than good.

The move comes after the medical journal The Lancet reported on Friday that patients getting hydroxychloroquine were dying at higher rates than other coronavirus patients.

The WHO has 3,500 patients from 17 countries enrolled in what it calls the Solidarity Trial. This is an effort overseen by the WHO to find new treatments for COVID-19. The patients in the trial have been randomly assigned to be treated with hydroxychloroquine which is a common malaria drug, or 3 other experimental drugs for treating COVID-19 in various combinations. Only the hydroxychloroquine part of the trial is being put on hold.

“The review will consider data collected so far in the Solidarity Trial and in particular robust, randomized available data to adequately evaluate the potential benefits and harms from this drug [hydroxycholoroquine],” WHO Director General Tedros Adhanom Ghebreyesus said during an online press conference from Geneva on Monday.

The WHO’s chief scientist, Soumya Swaminathan, says the review was prompted by the article in The Lancet, which was not a randomized control trial but still large.

“While it was still a reporting of observational data,” Swaminathan says, distinguishing it from the gold-standard randomized controlled trial, “it came from multiple registries and quite a large number of patients, 96,000 patients.” She says the WHO hasn’t yet seen data that showed a problem with hydroxychloroquine in its own study but The Lancet article raised questions among many of the investigators involved in the WHO’s trial.

“The steering committee met over the weekend, in the light of this uncertainty,” Swaminathan says. “We decided we should be proactive, err on the side of caution and suspend enrollment temporarily into the hydroxychloroquine arm [of the Solidarity trial].”

President Trump has advocated for the use of hydroxychloroquine during the pandemic despite limited research into whether it is effective against the virus. The president has said he’s been taking hydroxychloroquine to protect against the virus. The trials being put on hold by the WHO are investigating its use as a treatment for patients who are hospitalized with COVID-19, not as a drug to prevent the disease.

The review panel will also check on seven other studies globally including the Recovery Trial in the United Kingdom that are using hydroxychloroquine for COVID-19 patients to see if they are seeing similar problems.

Swaminathan says they expect to decide whether to resume testing hydroxychloroquine in the Solidarity Trial in a week or two.