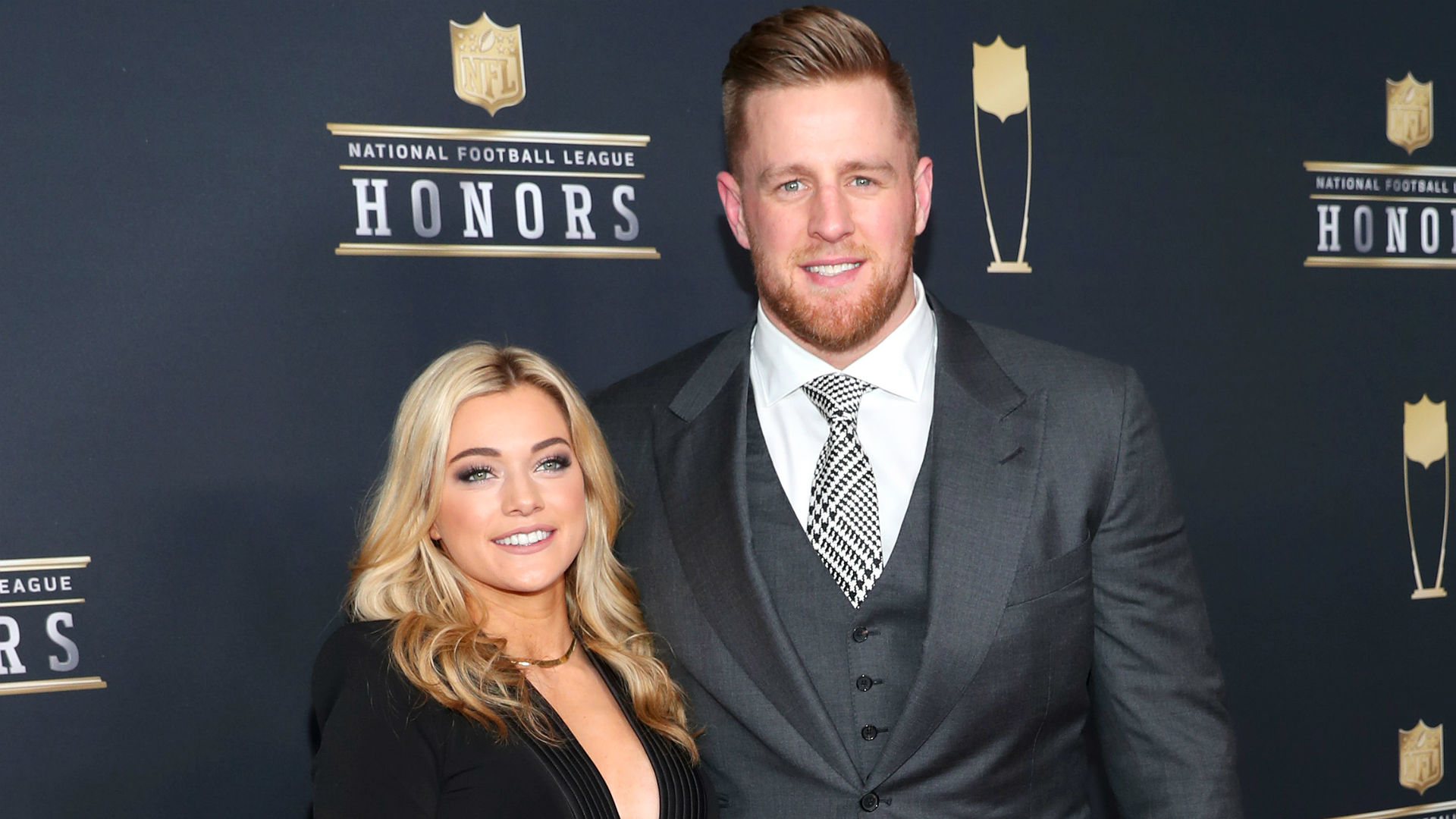 J.J. Watt has been dating Kealia Ohai for four years. The 30-year-old Houston Texans defensive end got married to the 27-year-old soccer star in February 2020.

They got engaged last May.

Ohai plays for the Chicago Red Stars of the National Women’s Soccer League and has also played for the United States women’s national team.

She previously played for the Houston Dash from 2014-19.

Ohai has achieved success on the soccer field despite being blind in one eye (she was diagnosed with severe astigmatism in her right eye when she was 6 years old). She was teased at school because she wore a patch over her left eye to help strengthen the right one, though it never regained strength.

“My depth perception is pretty off,” Ohai told espnW . “A lot of people would say they don’t like to drive with me at nighttime because at night it’s pretty bad. But it’s nothing like I’m tripping over things. I think because I was so young when it happened, I kind of figured out how to live with it.”

Ohai played soccer for the University of North Carolina and won an NCAA title with the Tar Heels in 2012. She was the second overall pick of the 2014 NWSL Draft.

Ohai starred on both the soccer and track teams at Alta High School in Utah. She won four straight state soccer championships and ran the 100-meter dash and 4×100 meter relay.

Her father named her after Kealia Beach on the island of Kauai in Hawaii.

Watt and Ohai went public with their relationship in January 2017 after dating for about a year.

“The rumors are true. We are dating,” Ohai said during an interview on the 2 Up Front Soccer podcast . “I’ve known J.J. for a really long time, and we’ve always been really great friends.”

Watt and Ohai met each other through Ohai’s sister, Megan, who is married to Watt’s former Texans teammate, Brian Cushing.

Throughout their relationship, Watt and Ohai have been extremely supportive of each other’s professional careers.

Watt could often be spotted at Ohai’s games in Houston wearing her jersey. He’ll likely do the same with her new team in Chicago.

The happy couple officially tied the knot in the Bahamas in a secret ceremony on February 15.

"So one of the reasons I came into press a little bit earlier than normal was because I need to get back and start...
Read more
Sports

Shane Bieber wishes he had been more aggressive vs. disciplined Yankees lineup