Who is the Queen’s favourite daughter in law? Expert reveals this 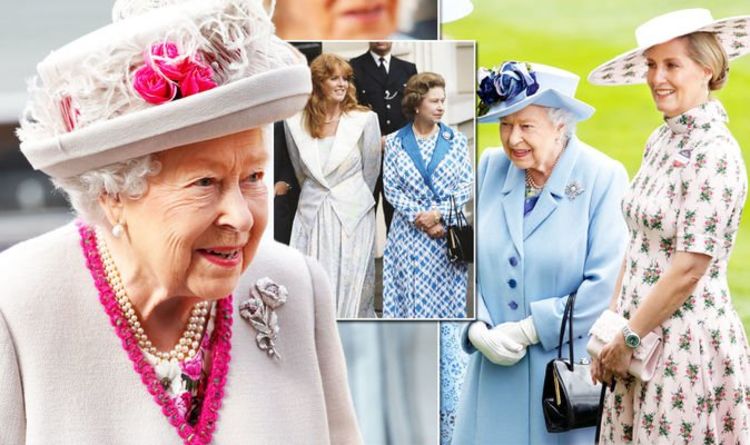 Tomorrow the Queen will be giving a reception at Buckingham Palace to mark the work of The Queen’s Trust.

Her Majesty has a huge family, and has seen all of her children marry.

But who is her favourite daughter-in-law?

An expert has analysed her body language with Sophie Countess of Wessex, Sarah Ferguson and Princess Diana.

Sophie, the wife of Prince Edward, is rumoured to have the closest relationship with the Queen since she married her youngest son Edward in 1999.

Body language expert Judi James told Express.co.uk: “She is also said to be the daughter-in-law that the Queen gets on the best with.

“Shots of the two women together show them looking like friends, with Sophie adopting some relaxed, confident and down-to-earth body language when she is with her mother-in-law.

“After seeing her other children’s marriages end in disaster, the closeness could be seen as a sign that the Queen might well have sensed Sophie was good for her youngest Edward.”

While some may expect the Queen and Diana to have a strained relationship given her split from Charles, signs indicate the pair may have had a lot in common in terms of their personalities.

Judi explained, looking at shots from Charles’ wedding to his first wife: “Diana and the Queen are showing some very powerfully mirrored body language in a lot of their poses, suggested like-minded thinking at this point, plus perhaps a desire from Diana to mimic her mother-in-law out of love and respect.”

Sarah married Prince Andrew in 1986. The red-haired Duchess of York, who was popular for her sense of fun, shows she felt no need to imitate the Queen, like Diana.

“With Fergie there is no mirroring and she appears to be doing her own poses at the end of the line-up,” Judi said.

“The subliminal signs of rapport that seem to exist between Diana and the Queen appear to be missing between the Queen and Sarah.”

A number of royal couples have been through divorce, such as Andrew and Sarah, Charles and Diana and Princess Anne and Mark Phillips.

Kate Middleton and Prince William have been keeping their love just as “intense” as it was when they first married.

Body language expert Judi James said: “Kate looks authentically happy and even healthy here, laughing in what appears to be delight and often sharing moments of affection and humour with William that suggest a relaxed friendship and affection.

“Their subconscious mirroring is as intense as it was in the early days of their marriage, showing a like-minded approach and sense of purpose.

“Their ‘pinging’ smiles and laughter suggest they feed off one another in terms of both support and fun.”

ByToday is the day Apple fans have been waiting for all year. From this morning, the iPhone 12 and iPhone 12 Pro will finally...
Read more