Who won the Belmont Stakes in 2020? Full results, finish order & highlights from the race 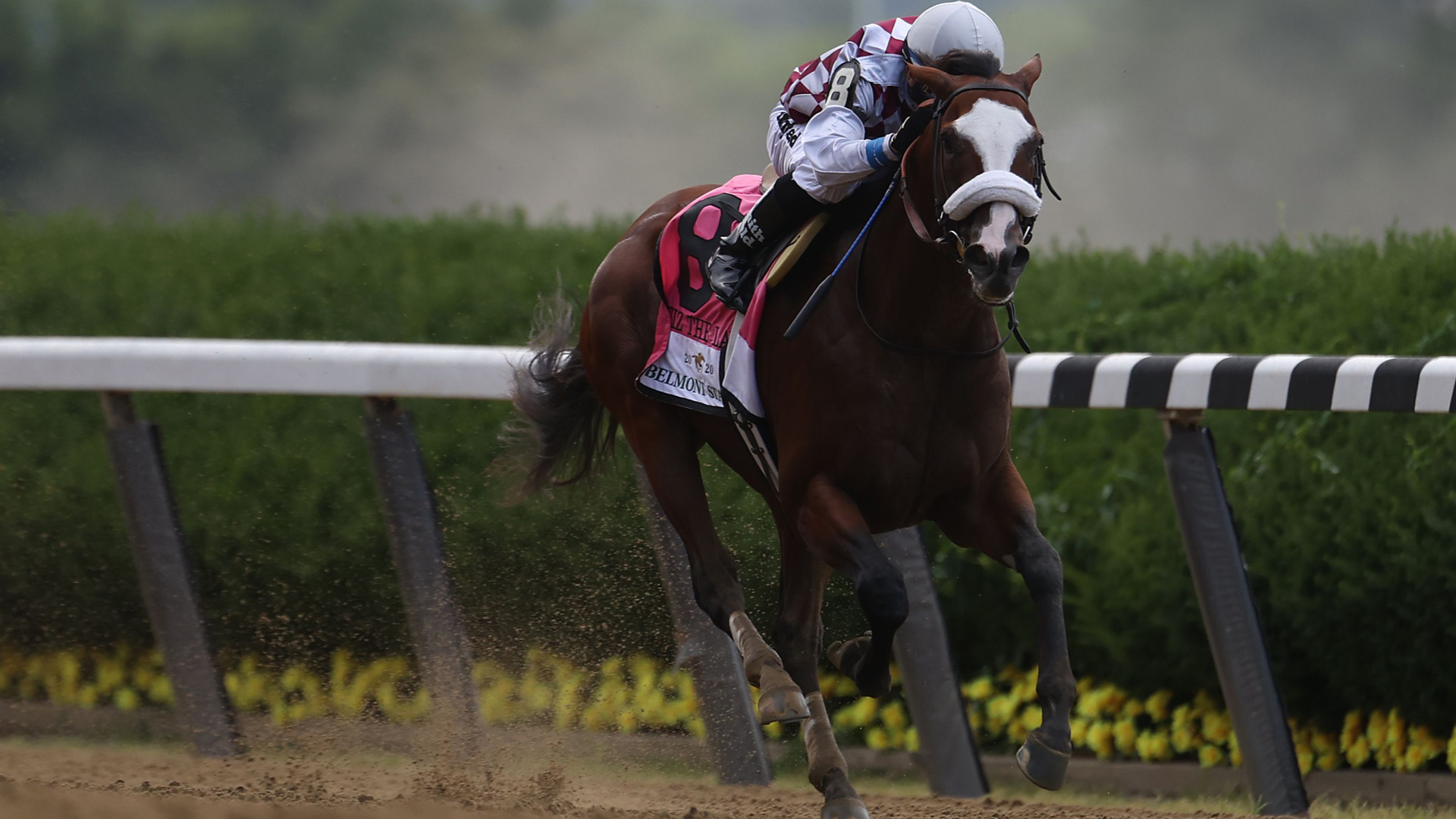 In the first time the Triple Crown series of races has ever started at Belmont Park, the Belmont Stakes saw its first New York-bred victor since 1882 in Tiz The Law.

The Saturday race was claimed by almost four lengths, as Tiz The Law came on strong at the end to blow past the rest of the 10-horse field.

Jockey Manny Franco, who rode Tiz The Law across the finish line, claimed the first Triple Crown triumph of his young career.

Tiz The Law won the Belmont Stakes with a late flourish, bursting past a fading Tap It To Win down the stretch by almost four lengths. Tiz The Law finished ahead of second-placed Dr Post and third-placed Max Player. Tap It To Win dropped all the way back to fifth place.

The Tiz The Law team gets a $ 1 million reward for its horse’s finish.

Relive the excitement with the full race replay ⬇️ pic.twitter.com/nawdSCumWl

5:46 p.m.: Tap It To Win carries the advantage through the first half-mile.

5:35 p.m.: A reminder that Tiz The Law will be the favorite here, while Jungle Runner is a huge underdog.

4:40 p.m.: Gamine dominates the Grade 1 Acorn Stakes in record-setting fashion ahead of the main event.

WHAT HAVE WE JUST SEEN?!

Bob Baffert’s Gamine wins the Grade 1 Acorn Stakes at Belmont by a mile and in the fastest time ever! pic.twitter.com/8NZAnCLZr7

The television coverage is set to last from 2:45 p.m. to 6 p.m. ET or shortly after the conclusion of the Belmont Stakes. There will be less pomp and circumstance around the race, but COVID-19 won’t take from the fun and fanfare of a much-anticipated, much-needed major sporting event.

In addition to the date being changed by a fortnight, the time is also different from previous years. The 2019 post time was more than an hour later, at 6:48 p.m. ET.

MORE: How much will the Belmont Stakes winner get?

Here are the entrants to the 2020 Belmont Stakes, including odds and post position for each horse: