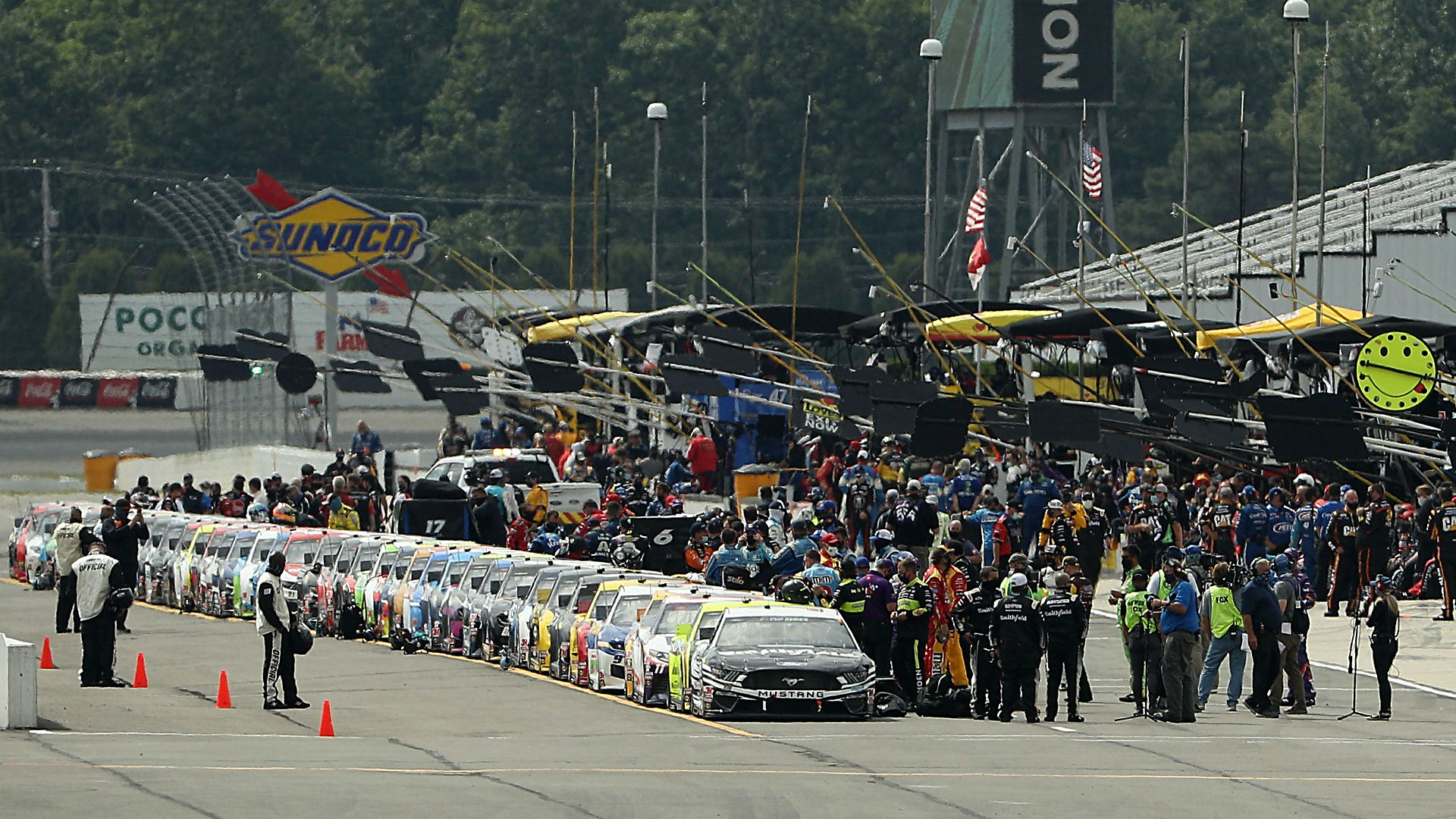 NASCAR is trying something different with the Cup Series races at Pocono this year — run them on consecutive days. The coronavirus pause threatened to scuttle the plan, but NASCAR returned to racing early enough to keep it intact.

The first half of the doubleheader, the Pocono Organics 325 in partnership with Rodale, took place Saturday, and while the race wasn’t that exciting, there was a bold piece of strategy that provided drama.

Kevin Harvick’s crew chief, Rodney Childers, called for just two tires on a green-flag pit stop in Stage 3 to gain track position. Harvick eventually took the lead and then held off Denny Hamlin for his first Cup victory in 39 tries at the Tricky Triangle.

“We weren’t where we needed to be to start the race and lost a bunch of track position, but we came back and made some great strategy calls to get in clean air and get out front and make some good laps,” said Harvick. “It’s great to finally check Pocono off the list.”

Who won the NASCAR race at Pocono?

Kevin Harvick made his crew chief’s pit strategy pay off by outlasting Denny Hamlin. The win was Harvick’s third win of the NASCAR Cup Series season, tying him with Hamlin for the most in the series, and his first at Pocono Raceway. The winning margin was 0.761 seconds.

Hamlin tried to run down Harvick on the final lap but Harvick prevented him from drafting to get close.

Hamlin said he was dealing with a vibration in the closing laps but may not have had enough for the 4 car regardless.

# Rookie. (i) Ineligible for series points.

Material from the NASCAR Wire Service was used in this report.

Johnni Macke Chrissy Teigen suffered a pregnancy loss one month after announcing she was expecting her third child with John Legend. The couple, who share daughter...
Read more