Why did the Nets hire Steve Nash as coach? Relationship with Kevin Durant could be a big reason 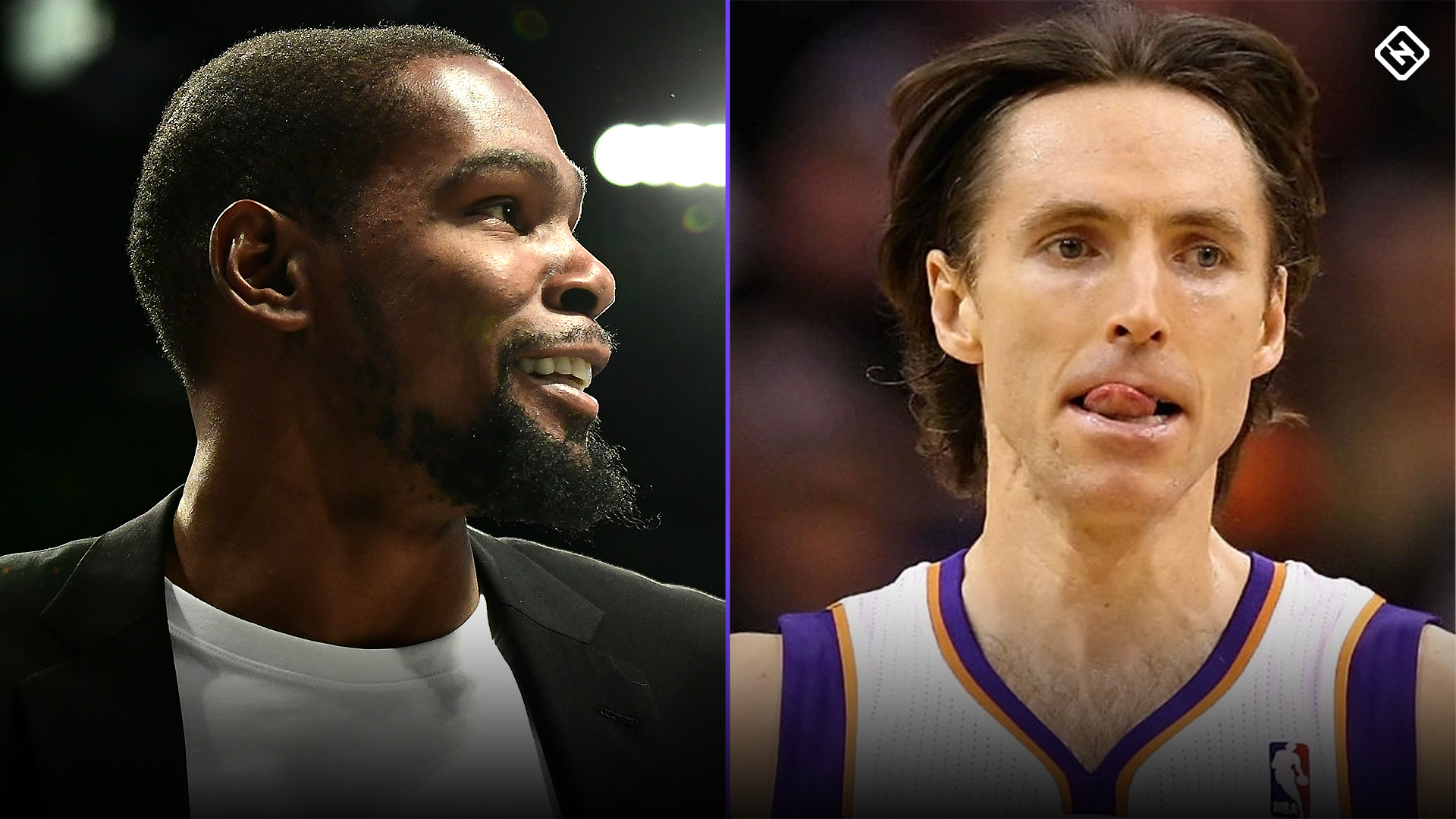 Kevin Durant and Steve Nash are together — again.

The NBA world was rocked Thursday when the Nets announced they hired Hall of Famer Steve Nash as their new head coach, inking him to a four-year deal that keeps him in Brooklyn, coincidentally, through the end of Kevin Durant’s Nets deal.

It seems like a big risk to hire an unknown coaching commodity to head up a roster with championship aspirations, but that risk might be mitigated given Nash’s relationship with Durant. The Nash-Durant relationship goes back years, with both stars sharing mutual respect for one another, dating to before Durant’s time with the Warriors.

There are very, very few questions surrounding Steve Nash’s basketball IQ and acumen, but how that all translates to coaching is completely unknown. But one thing that is known is the solid relationship between KD and Captain Canada.

Why did the Nets hire Steve Nash?

If you’re looking for a reason why the Nets hired Steve Nash, probably the biggest and most predominant is Nash’s working relationship with Nets star Kevin Durant.

Post retirement, Nash has had his hand in a few different pots, including GM duties for Canadian national basketball, but more notably, with the Golden State Warriors.

Kevin Durant worked with Nash in Golden State, where Nash was a player development consultant the last five years.

In 2015, Nash joined up with Golden State in a consultant role, and in that first year, the team wound up with a 73-9 record before losing out to the Cavaliers in the 2016 NBA Finals. In Nash’s second season with the squad — his first alongside Kevin Durant, who had signed with Golden State during the offseason — the Warriors would win the 2017 NBA Finals.

New Nets head coach Steve Nash has the “confidence” of Kevin Durant and the backing of Kyrie Irving after having a relationship with both for years. On KD, Nash told @TheUndefeated : “He’s one of the greatest players I’ve ever seen and to have his confidence is really important.”

According to multiple reports, Nash and current Net Durant fostered a very good relationship during their overlapping tenures with the Warriors (and even before), likely leading to Durant’s endorsement of Nash in the Nets’ head coaching search. In fact, Nash’s presence in Golden State is one of the factors that pushed Durant to sign with the Warriors after leaving OKC.

The pair’s relationship goes beyond just passing accomplices on the court, though, with Nash helping Durant, and established shooter, how to improve his free throw motion. At the time, Durant and the Warriors also affectionately nicknamed Nash, “Yoda,” of “Star Wars” fame.

“One impact Nash made was working directly with Kevin Durant and advising the back-to-back Finals MVP to practice free throws while standing on one foot. The advice was heeded, and the kink in Durant’s action was swiftly remedied,” USA Today reported in 2018.

It’s worth noting: in today’s star-driven league, there’s nothing surprising about Durant’s endorsement — or Durant’s driving force — of Nash and his eventual hiring to be the bench general in Brooklyn.