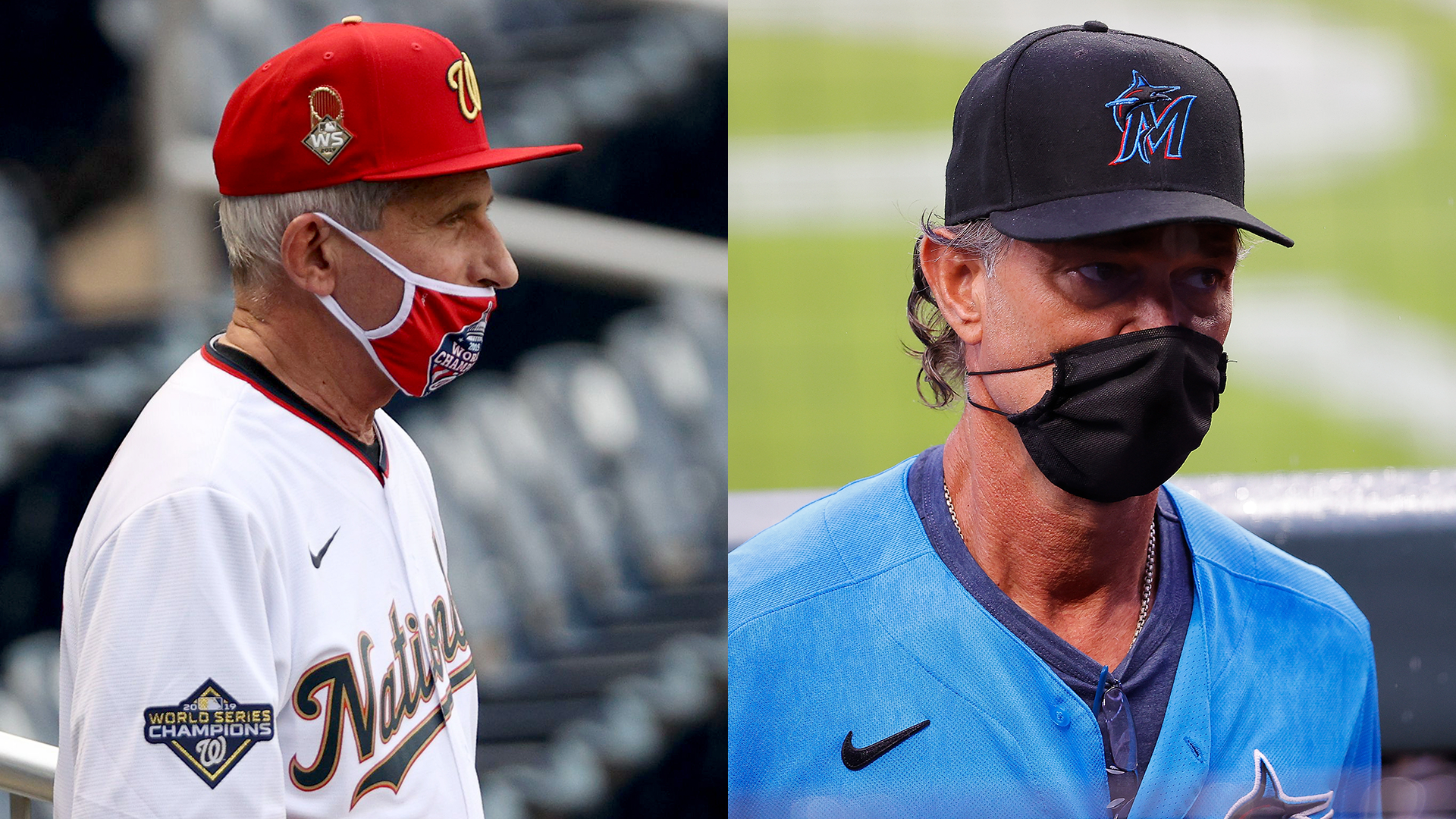 After the Marlins’ coronavirus outbreak among the team’s players and staff, many have wondered whether Major League Baseball will end up canceling the 2020 season. Dr. Anthony Fauci says we’re not quite to that point, but warns the outbreak could put the season in “danger.”

Speaking to “Good Morning America” on Tuesday morning, Fauci explained why MLB shouldn’t end the season right away. Fauci is the director of the National Institute of Allergy and Infectious Diseases.

Fauci was asked directly whether the season could continue and responded, “I don’t know, I hope so.” He went on to explain the situation in more detail.

“This could put it in danger,” Fauci said. “I don’t believe they need to stop, but we just need to follow this and see what happens with other teams on a day-by-day basis.”

Fauci added that the league has put a lot of work into making sure this season goes smoothly.

“I know that Major League Baseball, the players, the owners, the managers have put a lot of effort into getting together and putting protocols that we feel would work,” Fauci said. “It’s very unfortunate what happened with the Miami [Marlins]. I’m concerned. I hope the players are all right. I’ve heard a dozen of them have gotten infected.”

News about the Marlins got worse Tuesday as additional players tested positive.

The four additional players testing positive Tuesday brings the Marlins’ total of positive coronavirus tests up to 17 — 15 players, and two coaches. MLB has postponed several games, including Tuesday night’s Yankees and Phillies games. The Marlins played the Phillies after some players tested positive for the coronavirus, so MLB is being cautious before allowing their games to resume.

“Yankees were told the decision to postpone tonight’s game was based on abundance of caution,” ESPN’s Karl Ravech tweeted.

Early reports claim Phillies players have not yet tested positive.

Heard the early results are that no #Phillies players have so far tested positive.

The Phillies are currently quarantined as a safety measure.

“Given the current circumstances, MLB believes that it is most prudent to allow the Marlins time to focus on providing care for their players and planning their Baseball Operations for a resumption early next week,” the statement reads. “The health and safety protocols were designed with a challenging circumstance like the one facing the Marlins in mind. The response outlined in the joint MLB-MLBPA Operations Manual was triggered immediately upon learning of the cluster of positive cases, including contact tracing and the quarantining and testing of all of the identified close contacts. The Marlins’ personnel who tested positive remain in isolation and are receiving care.”

In addition to the Marlins, MLB has postponed the remainder of the home-and-home series between the Phillies and the Yankees.