Why has Kate Middleton started wearing £20,000 ring? It’s not part of royal collection 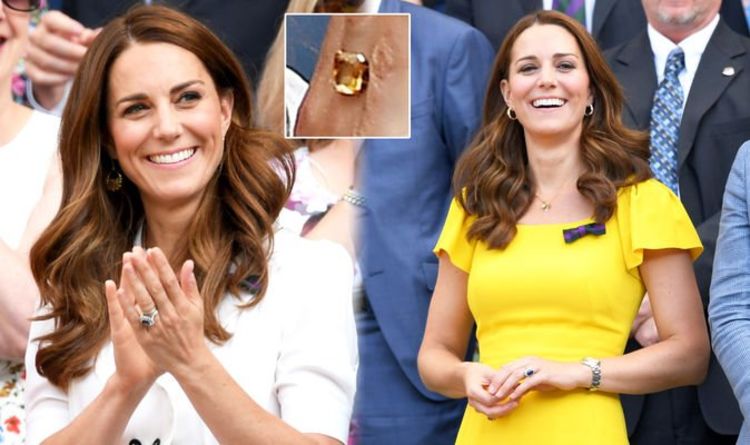 “It is widely claimed that the citrine crystal emanates optimism and can be used to direct personal will and decisiveness.

“This would explain the motivation behind Kate’s decision to wear it on occasions when she is not accompanied by the Duke of Cambridge, attending events on her own terms.

“She is an experienced Royal now, capable and independent.”

Kate and William became engaged in 2010 and the Duchess was given a beautiful sapphire and diamond ring.

This is jewel was steeped in royal history and something she has worn since they became engaged.