Why is Belgium’s death toll so high? 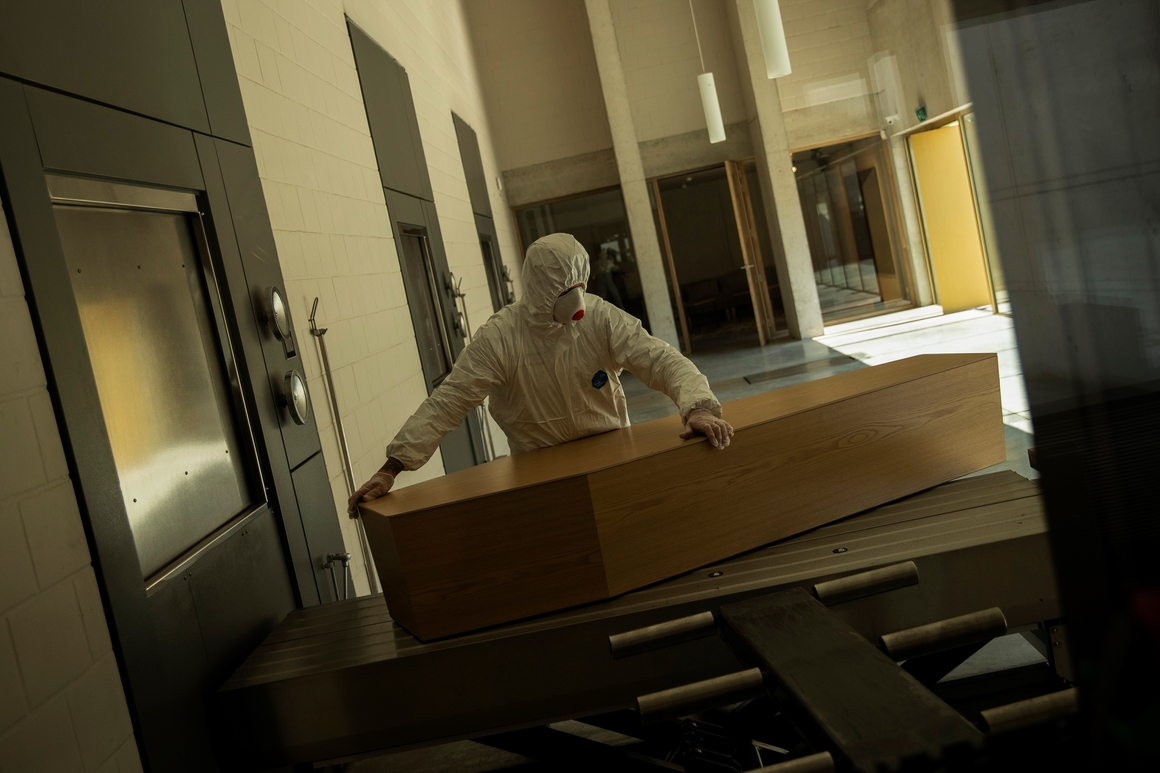 BRUSSELS — Belgium is winning a race in which nobody wants a spot on the podium.

In the country of 11 million people, the coronavirus has so far caused more than 5,000 deaths, according to reported figures. That means Belgium tops the table of deaths per capita in Europe — surpassing both Italy and Spain — and even globally, assuming figures from China are accurate.

According to Belgian authorities, that’s because the country has chosen a reporting system that differs from pretty much every other country’s method of counting.

“Whoever wants to compare our number with other countries has to divide it by two," Steven Van Gucht, who chairs the government’s scientific committee for coronavirus, told POLITICO. "Any other comparison isn’t relevant at all.”

While most countries are only counting confirmed deaths in hospitals, Belgium is including all potential deaths in nursing homes — even if Covid-19 has not been confirmed as the cause of death.

Experts argue Belgium’s approach is more transparent, and that other countries are underreporting the total numbers of deaths. But there’s also growing political backlash that Belgium’s count could be just as misleading, but in the opposite direction.

Of Belgium’s registered deaths, 44 percent died in hospital (and were tested). The majority 54 percent died in a nursing home — and only in 7.8 percent of those cases was Covid-19 confirmed as the cause.

Knowing how many people are dying from Covid-19 is crucial to understanding the outbreak but it’s a surprisingly difficult figure to pin down. Several countries, including France and the U.K., have been pressured to start including deaths in nursing homes in their statistics as official death tolls still undercount the true number of fatalities.

“As in other European countries, there wasn’t enough test capacity in the beginning to extensively test patients in nursing homes,” said Joris Moonen, a spokesperson for the agency that oversees nursing homes in the Dutch-speaking region Flanders. “We choose to register every death who had potentially died from Covid-19 to detect in which nursing homes the virus had hit. We were aware this would lead to an overestimation but found the signaling more important.”

Not everyone is on board with the catch-all approach. Belgian virologist Marc Van Ranst called it “stupid” to register so many people as dying from the coronavirus.

Criticism of Belgium’s reporting method mounted as the numbers started to rise and deaths per capita surpassed even Italy and Spain. While confinement measures appear to have flattened the curve of cases, and Belgian hospitals have remained able to cope, that contrasts sharply with the recorded fatalities.

“It now seems that people are only dying of COVID-19 in our nursing homes, while there are deaths there even in normal times, given the very high average age of their residents,” Van Ranst said on Belgian tv. “We’re counting ourselves to the top of the corona ranking worldwide.”

The ranking also agitated politicians. “If it’s important to be as transparent as possible, you have to get your numbers right,” Prime Minister Sophie Wilmès said in the Belgian parliament, adding that not all residents of nursing homes died because of the coronavirus. “You understand that this elevates our numbers.”

Since last week, authorities have sought to provide more clarity in the figures. Daily tallies are split between the number of deaths in hospitals caused by Covid-19, and deaths in nursing homes. For the latter, there is an added distinction between suspected and confirmed deaths due to the virus.

“We’re not changing how we’re counting, but we’re communicating in a different way about the origin of the numbers,” a Belgian government official said, speaking on the condition of anonymity. “We don’t want people to worry because Belgium is suddenly at the top of a ranking of deaths per capita. We’re making an effort to be transparent and to explain that to our citizens.”

“It’s true that there has been some pressure to refine our way of reporting," said Van Gucht, who communicates the numbers at a daily press conference.

But he defended the Belgian method of counting, arguing it ensures nothing remains hidden.

“It’s important that people are aware of the deceases outside the hospitals," Van Gucht said. “A broad way of counting enables us to monitor and quickly intervene where needed. Numbers are very important to create a sense of urgency — for example for the nursing homes. Belgium shouldn’t be ashamed about that.”

The Belgian government is hoping the problem will eventually solve itself. Belgium is rapidly increasing its testing capacity and plans to test all residents and personnel of nursing homes as soon as possible.

“That will give more clarity on the situation in nursing homes,” said Moonen. “In the near future, we will be able to report exactly which deaths in nursing homes were caused by the coronavirus and which aren’t.”

But that might be too late. Some politicians in private worry that Belgium’s well-intentioned goal of transparency might harm its international reputation.

Neighboring countries may be less likely to reopen their borders for Belgian companies or tourists once European governments start to loosen their confinement measures.

“If we would notice that these numbers have socio-economic consequences, for example on border openings, we will of course explain our method to other countries,” the government official said.

However, they stressed that so far Belgium hasn’t received any official questions from other countries about its high death rate. “At this point, our first priority is transparency toward our population. Our international image comes next,” the official said.

This article is part of POLITICO’s premium policy service: Pro Health Care. From drug pricing, EMA, vaccines, pharma and more, our specialized journalists keep you on top of the topics driving the health care policy agenda. Email pro@politico.eu for a complimentary trial.