Why is Dr Disrespect banned on Twitch? Here's what we know 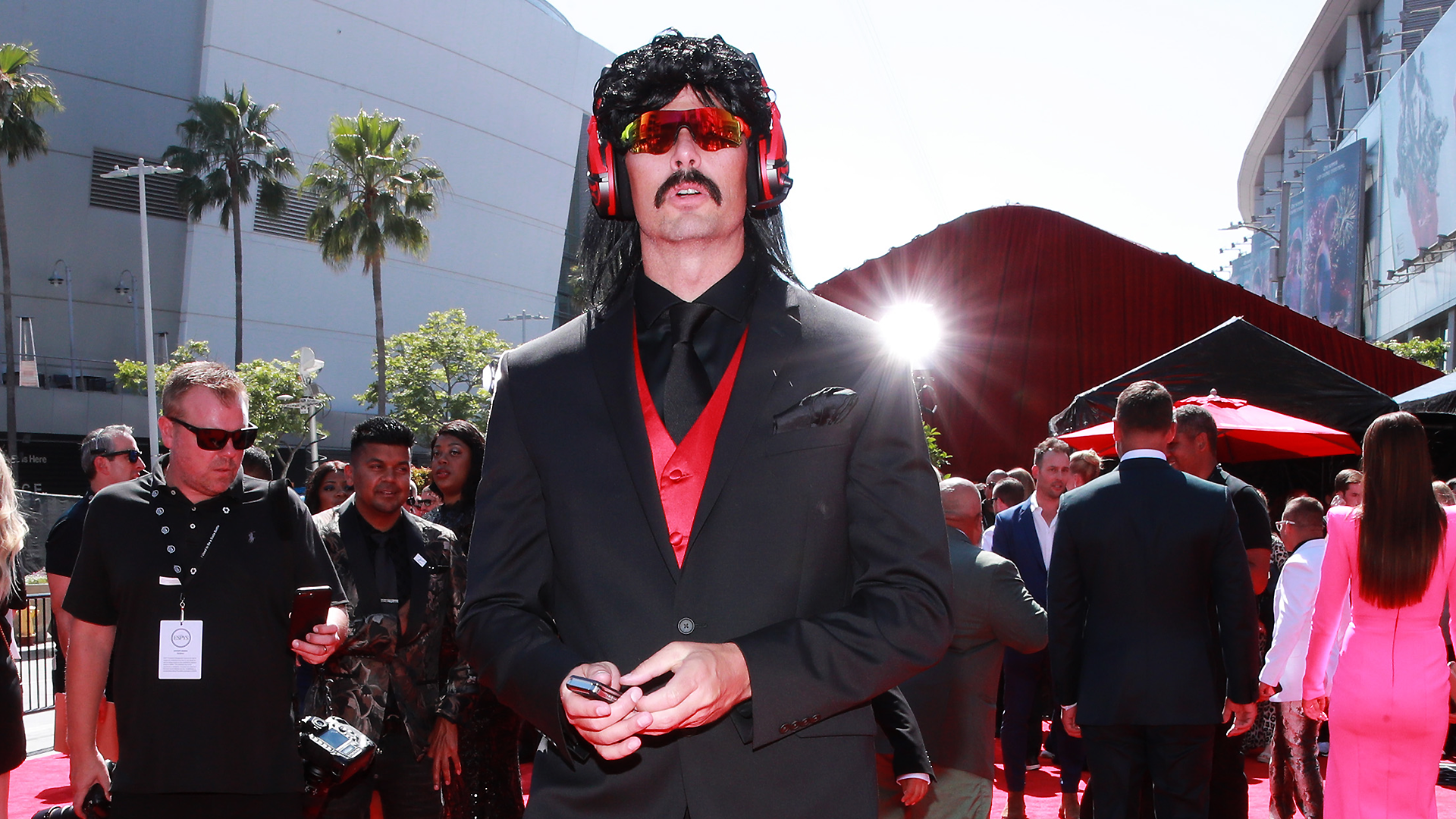 Popular streamer Dr Disrespect has been banned on Twitch, and there’s a cloud of mystery as to why.

Dr Disrespect was streaming Friday when abruptly ended. Later that day it was discovered he had been banned from Twitch. There was no immediate reason given, and reports since have not provided a reason. Twitch has not said anything about the length of the ban, but esports reporter Rod Breslau has said it is permanent.

While there hasn’t been a definitive reason handed out, there have been reports and statements made on the issue. We’re going to go through what information we know, and what is out there.

Is Dr Disrespect perma-banned on Twitch?

Twitch has not said anything official on the length, but multiple reports are claiming he has been permanently banned from the streaming platform.

Sources: DrDisrespect has been permanently banned from Twitch

What did Twitch say about Dr Disrespect’s ban?

Twitch hasn’t released an official statement on Dr Disrespect or the reason for his ban. All the company has done is release a general statement about how the ban process works.

“As is our process, we take appropriate action when we have evidence that a streamer has acted in violation of our Community Guidelines or Terms of Service,” Twitch says. “These apply to all streamers regardless of status or prominence in the community.”

What did Dr Disrespect say about getting banned?

Dr Disrespect said nothing about it when it first happened on Friday, but released a statement through Twitter on Saturday.

Twitch has not notified me on the specific reason behind their decision… Firm handshakes to all for the support during this difficult time.

Dr Disrespect also talked with friend and fellow streamer TimTheTatman, although their conversation was off stream. But TimTheTatman relayed the same message, which is that Dr Disrespect did not know the reason he was banned.

“The outpouring of love, support, strength and kindness from the arena has truly been overwhelming. You all have made my heart full and I can not thank you enough. No one better out there than the CC [Champion’s Club]. You guys are amazing! Much love to you all.”

Does this have to do with Twitch’s sexual abuse bans?

On June 24, Twitch announced it “will begin issuing permanent suspensions” following “recent allegations of sexual abuse and harassment involving Twitch streamers.”  Two days later, Dr Disrespect was suspended. There have been no allegations, so at this point it just seems like a weird coincidence.

What about the DMCA takedown requests?

Earlier this month, Twitch streamers received an abundance of DMCA (Digital Millennium Copyright Act) takedown requests of clips that involved copyrighted music. One streamer said “if they find one more violation in my clips, my Twitch account will be permabanned.” However this does not appear to be the case with Dr Disrespect.

Sources: it is not DMCA

So why was Dr Disrespect banned from Twitch?

No clear reason ha been given.

Breslau alleges he knows the reason, but won’t reveal it “due to the importance and sensitivity around the subject.”

look: for several hours now I have been told from credible sources the reason DrDisrespect has been banned. however due to the importance and sensitivity around the subject I have refrained from going on it. i don’t feel comfortable with it currently

Former Twitch Staff member “ShannonZKiller” also said on Twitter she knew the reason why, but wouldn’t reveal other than to say, “this is serious.” She later deleted the tweet and said the reason why was, “I totally get that it turns out [people] didn’t want more confirmation that it is a permanent ban without the reason and felt the tweet was clout chasing, so I will respect those perspectives and delete the tweet.”

Is Dr Disrespect in legal trouble?

He has not been arrested, according to reports.

I can tell you this. After getting off the phone with the Sheriff’s Department that has jurisdiction where the Dr lives, he has not and was not arrested, nor ever been in custody in that jurisdiction.

What about the Brime conspiracy with Ninja and Shroud?

From what we can tell, the Brime conspiracy is not legitimate. The rumor — started on 4Chan — starts by saying Spotify is owned by Google, which is not the case. Most of the other information involved in that conspiracy involves Google, which has nothing to do with Spotify, making it flimsy. Plus, if there was more legitimacy to this rumor then more peple would know about it. This conspiracy theory should not be believed.

What about the end of Dr Disrespect’s last stream?

If you’ve been looking into information about Dr Disrespect’s ban, you may have noticed some people mentioning the end of his final stream. Video of the stream is available online, and you can tell something is wrong. Dr Disrespect plays a video, but completely ignores it and is mostly silent near the end of his stream.

Before he signed off he had a brief message.

Has Dr Disrespect been banned before?

Yes. In June, 2019, Dr Disrespect was live-streaming himself at E3 when he walked into the men’s bathroom. This was an apparant violation of California’s “invasion of privacy” law as he was filming other people also in the bathroom. He then did this two more times, and at one point filmed himself at the urinal. He was banned two weeks from Twitch for this incident.

Why is Dr Disrespect’s ban a big deal?

Dr Disrespect was one of the biggest faces on Twitch, pulling in millions of viewers over the span of his channel’s history. Back in March he signed a multi-year, multi-million dollar deal to stream on Twitch. There’s also a lot of interest in this because it’s not often that Twitch permanently bans a well-known streamer. And the fact the platform hasn’t explained why has only led people to keep talking about it.

Have Dr Disrespect’s sponsors dropped him?

Dr Disrespect’s sponsors GameFuel and Razer initially removed their respective campaigns from their website and social media pages. But those campaigns have now been re-launched, adding some additional confusion around this already weird story. You can see the difference between Razer’s pages here.

What about Dr Disrespect’s subscribers?

Dr Disrespect’s subscribers were canceled and people who bought them were refunded. This led many to believe that he was indeed permanently banned, because it’s a weird move for Twitch to take if he was just suspended for a short period of time.

By"Upon signing my new contract in 2018, I pledged my loyalty and allegiance to the club that I love, Arsenal, and it saddens me...
Read more

Thanks to Bisset & Holland Plastic Surgery Patients Got a Brand New Bag!

By"The goal of Bisset & Holland is to provide the essentials recommended by plastic surgeons while also delivering a sense of warm luxury with...
Read more