Why Jeff Goldblum Just Recreated His Iconic Shirtless Scene From... 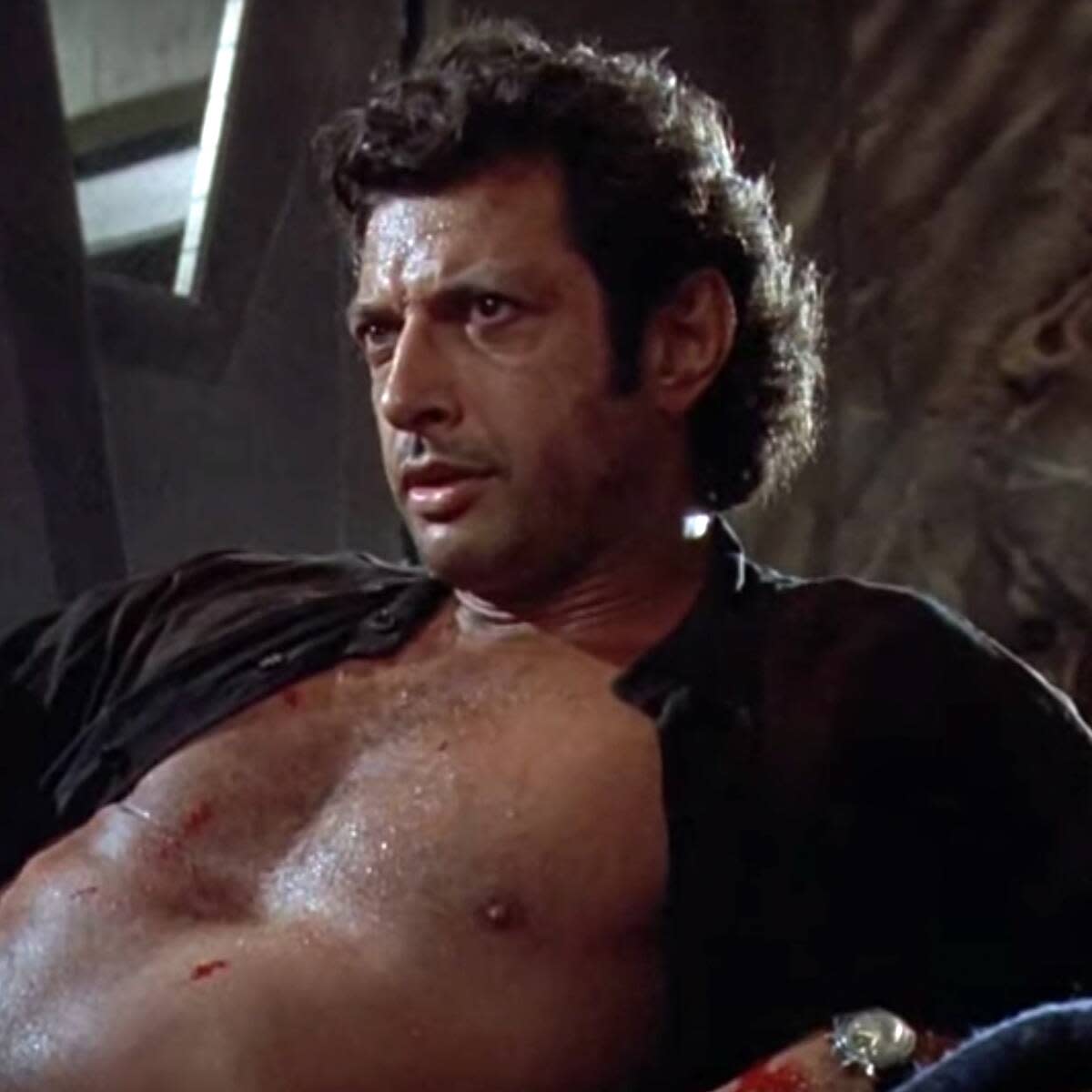 Jeff Goldblum just rewarded fans with an epic recreation of one of the star’s most iconic photos.

On Friday, Oct. 9, Jeff took to Instagram to reveal that he had once again gone shirtless to recreate Dr. Ian Malcolm’s famous Jurassic Park pose. This time, the actor rocks a grey mane—but other than that, Jeff looks nearly the same as he did in the 1993 movie!

The pic was in collaboration with HeadCount, a non-profit organization that promotes participation in democracy in the United States.

“WOW! Thank you to everyone who used my @HeadCount page to make sure that you’re #GoodToVote! Nearly 3,000 of you are ready for this November’s election,” Jeff wrote in the Instagram caption. “Here’s your reward…how time flies.”

The original pic may be decades old now, but Dr. Ian Malcolm is still helping keep dinosaurs at bay. He appeared, albeit briefly, in 2018’s Jurassic World: Fallen Kingdom and will return for Jurassic World: Dominion, a film which just had its release date pushed to 2022.

The famous photo of Dr. Malcolm is from a scene in which the doc breaks his leg while running from a dinosaur. In an interview with Yahoo, Jeff talked about why the famous chest-baring scene occurred.

“It’s supposed to be Costa Rica, right? So things are hot and I’m sure I’m in some sort of fever. So all the logic is that we gotta get some of these wet clothes off immediately,” he explained to the outlet. “As I remember, I don’t think anybody fought me on that.”

Sadly, we’ll have to wait nearly two years to see if we get another equally iconic moment from Dr. Malcolm in the next Jurassic World movie!