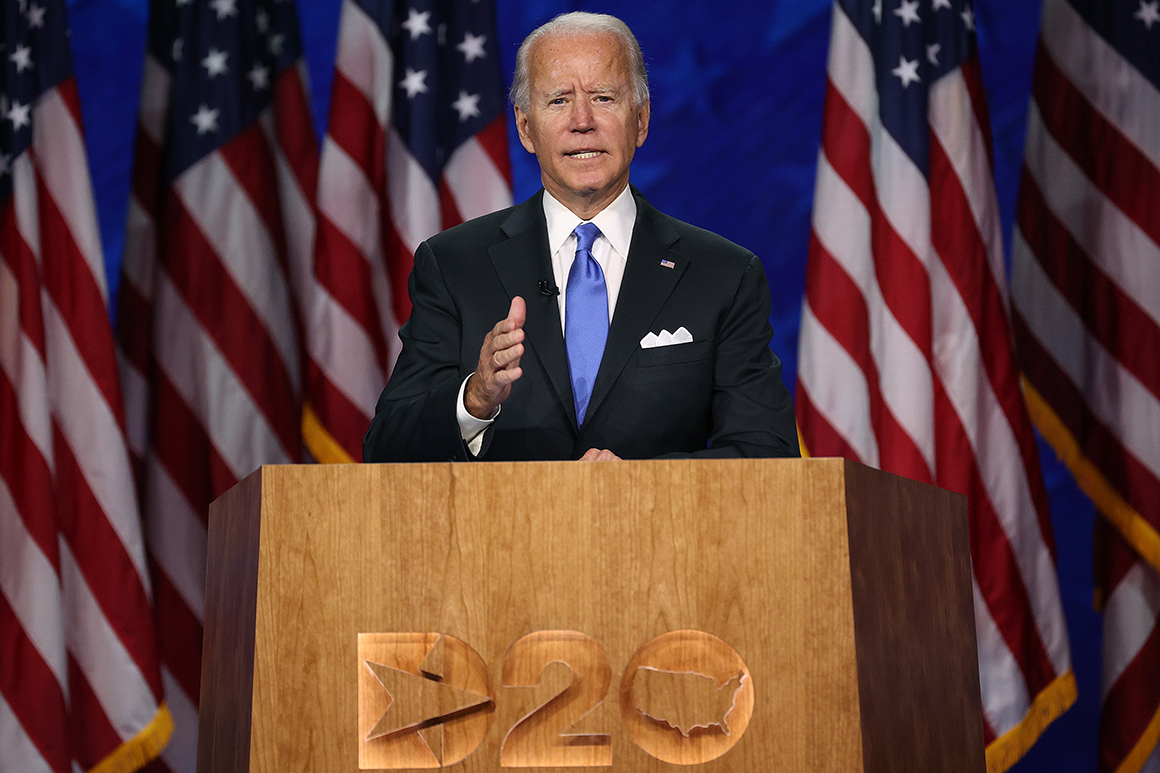 But those kinds of changes appear to be a thing of the past. In recent elections, any bounces for the nominees have been muted. In 2016, Trump claimed he came out of his convention in Cleveland with “the biggest bounce that anyone can remember” — an assertion that didn’t match the overall evidence, which showed him with only a small bump. Clinton’s post-convention bump appeared larger in the moment — but the American Presidency Project at the University of California, Santa Barbara concluded Trump had a slight edge on this measure, a 3-point bounce to Clinton’s 2-point uptick.

Four years earlier, then-President Barack Obama got only a modest bounce (3 points), and Romney actually lost a point according to Gallup, which measured the presidential horse race consistently prior to 2016. And in the 2008 election, John McCain (6 points) out-bounced Obama (4 points) — in large part thanks to the initial energy around his surprise pick for vice president, then-Alaska Gov. Sarah Palin.

In this election, any swings in the electorate from either party’s virtual convention would have to come despite the large numbers of voters who say there is no way they will change their mind between now and Election Day.

Patrick Murray, the director of the Monmouth University Polling Institute in New Jersey, pointed to the large number of voters “who are strongly locked into a candidate choice — either because they like a candidate or hate a candidate. It doesn’t matter.”

“That would suggest we’re not going to see a huge measurable bounce one way or the other — unless it’s a negative bounce” from a poor convention, Murray said.

Another factor weighing in against the likelihood of a significant bounce: Since Biden took hold of the Democratic race in March of this year, he has remained consistently ahead of Trump in the polls, with the margin between the two candidates sitting in a fairly narrow range.

According to the national RealClearPolitics average, Biden led Trump by 6 points on March 18, the day after the final pre-coronavirus presidential primaries were held. That lead dropped as low as 4 points in May and peaked at 10 points in June — but never left that small range.

In the weeks leading up to this year’s virtual Democratic convention, polls showed Trump narrowing the gap slightly, though Biden was still significantly ahead. As of Friday afternoon, he was up by 7.4 percentage points in the RCP average.

Still, Biden has received generally high marks for his acceptance speech on Thursday night. Between those strong reviews and the smooth operations of a complicated and irregular convention — the anecdotal media coverage has been mostly positive, which could feed into any improvement in Biden’s poll numbers.

Perhaps more telling than a bounce in the horse race against Trump might be an uptick in voters’ views of Biden. A pre-convention POLITICO/Morning Consult poll showed the electorate split evenly on his image: Forty-six percent of voters had a favorable opinion of Biden, while 48 percent viewed him unfavorably. (Trump, by comparison, was viewed favorably by just 39 percent of voters, with 57 percent having an unfavorable view of him.)

But it will also likely be challenging to measure the magnitude of any Biden bounce in a vacuum. Few pollsters are expected to release numbers in the short time between the end of the Democratic convention on Thursday and the beginning of the Republican confab on Monday.

And even if there are some new national surveys, they will only tell part of the story. There’s been a notable paucity of reliable battleground state polling in the weeks immediately prior to the convention, and Trump’s Electoral College success in 2016 makes those surveys more essential.

“If I’m doing polling for a presidential campaign, I am a helluva lot less interested in whether I got a bump in the national polling, and far more interested in the convention’s impact in our target states,” Newhouse said.