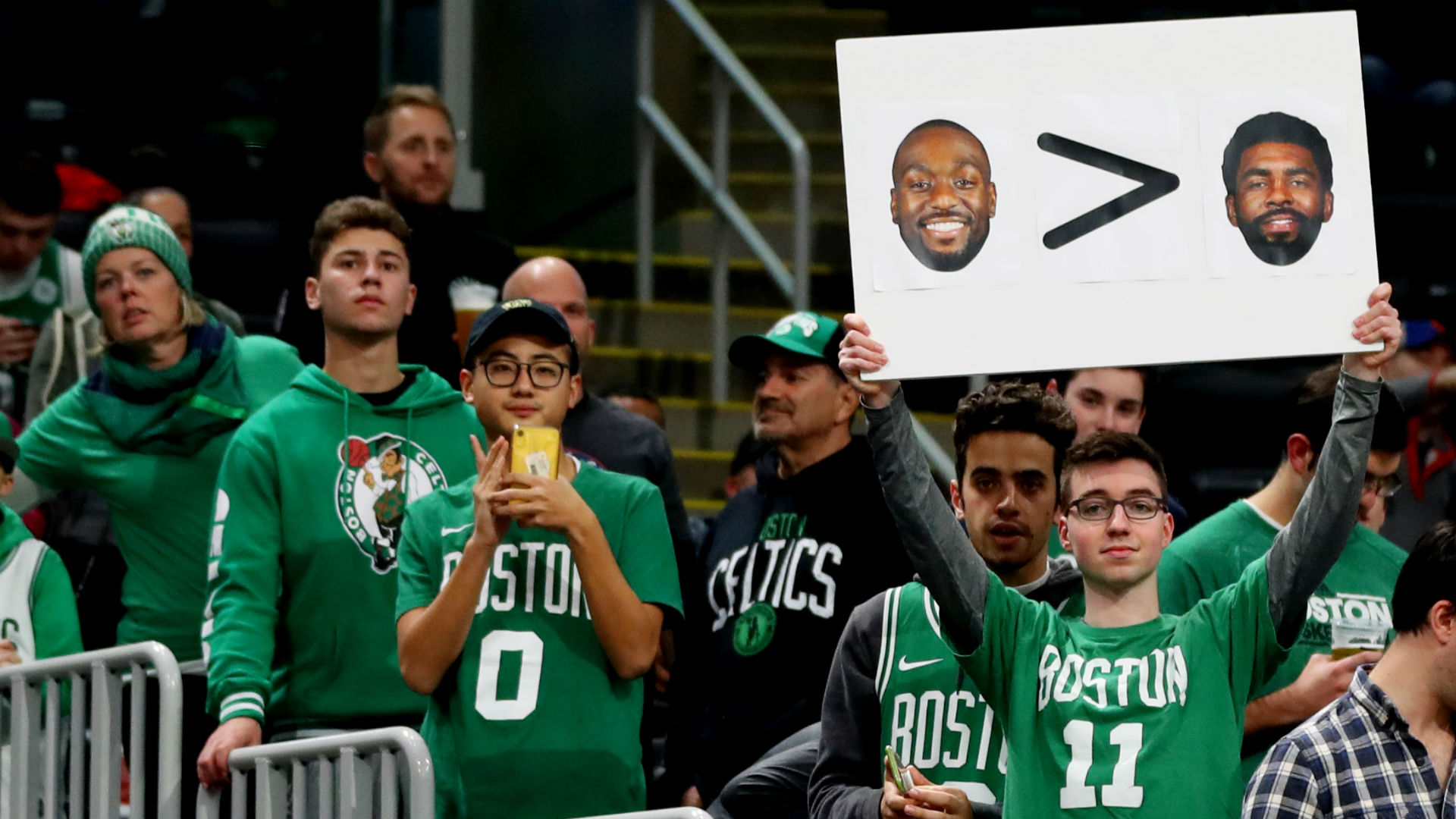 Irving explained the situation on Instagram Live this weekend with Darryl “Truck” Bryant, a former player at West Virginia and a Brooklyn native.

“That’s my matchup, I want K-Walk,” Irving said. “That’s my big bro. You know we got mutual respect, but I know everybody wants to see it out of New York, New Jersey.”

MORE: Durant, Bryant and other NBA players who said they wanted to play at UNC

Irving had an up-and-down two-year stint in Boston from 2017-2019. He told a group of season ticket holders before the 2018-19 season that he planned to re-sign in Boston, but ultimately left for his hometown Nets the next offseason.

Walker signed in Boston last summer and took over the starting point guard spot. He averaged 21.2 points and 4.9 assists per game for the 43-21 Celtics before the season was suspended due to COVID-19.

But it doesn’t appear the friendly game of 1-on-1 has anything to do with an Atlantic Division rivalry. Both Irving and Walker came up through the New York City area and competed against each other growing up.

Walker was two years older and seemed to get the best of Irving in those days. Now, Irving wants his revenge.