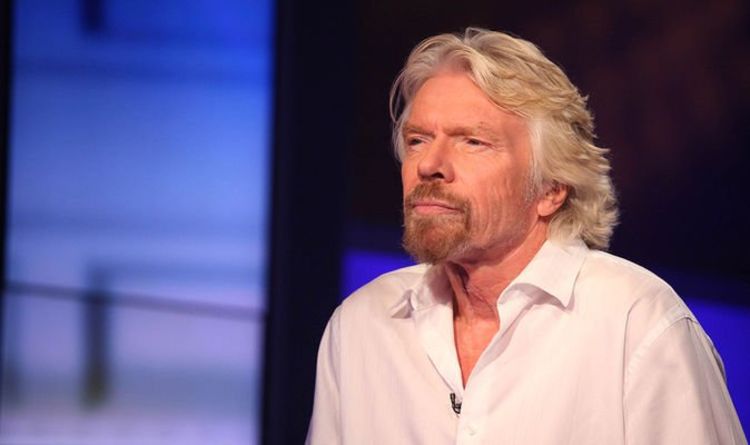 He is worth an estimated £4 billion, but this excessive wealth and high net worth connections could not save Virgin Australia from becoming a victim of the COVID-19 outbreak yesterday. Virgin Australia is the country’s second-biggest aviation company and failed to secure a £710million bailout from authorities which saw it instead sink into administration.

The entrepreneur, 69, is now battling to save Virgin Atlantic from a similar fate by pleading with the government for a £500 million loan.

The Virgin boss has offered to “raise as much money against the island as possible to save as many jobs as possible” as he attempted to sway the authorities to help the airline survive the coronavirus storm.

In the past, Mr Branson has often claimed that Necker Island’s zero personal income tax rate is not the reason he lives there.

However, his status as a “British tax exile”, means that ministers are “wary” of providing funds to bail out the airline according to The Daily Mail.

His Virgin Empire is headquartered in London, but it is registered in the British Virgin Islands where there is no corporation tax.

Mr Branson’s expansive brand incorporates gyms, music, charity and healthcare all of which are used throughout the UK.

Meanwhile, his gym network has lost a large amount worth of income while forced to remain closed during the lockdown.

Mr Branson’s most prized possession is claimed to be Necker Island.

After buying the island, Mr Branson charged wealthy holidaymakers £83,0000 a night to rent the entire island.

After buying the island, Mr Branson charged wealthy holidaymakers £83,0000 a night to rent the entire island.

While other rooms and villas on the island can be rented out from £5,510 a night.

Celebrities in the past who have stayed for free previously include Kate Moss who hosted her 40th birthday on the island for a week.