Why Some Indian Women Still Turn to Matchmakers to Find... 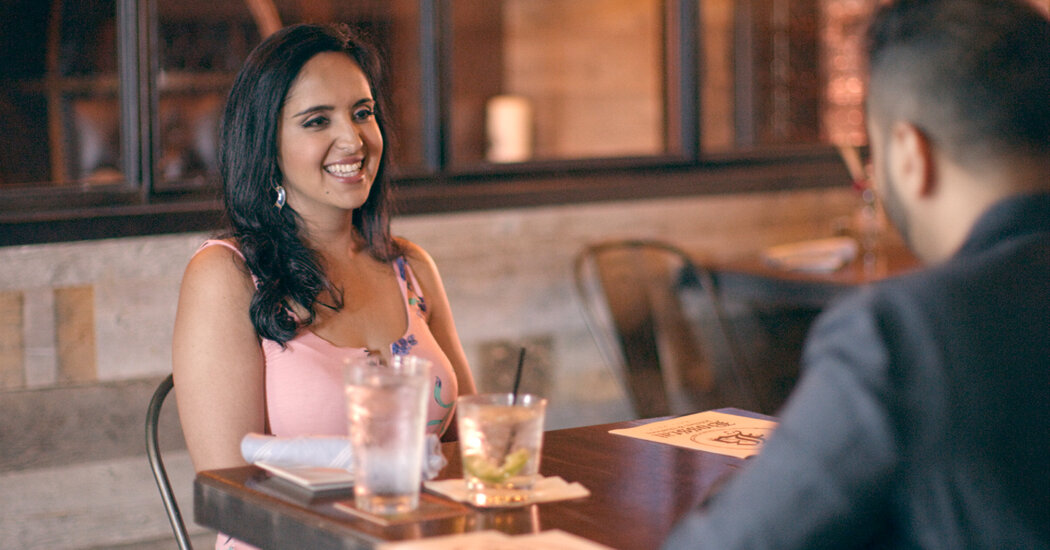 In the first two minutes of Netflix’s hit reality show “Indian Matchmaking,” Sima Taparia, a Mumbai-based matchmaker, declares, “In India, we don’t say arranged marriage. There is marriage and then love marriage.” A large majority of the country’s population that opts to be set up is a testimony to the popularity of this timeless tradition.

The eight binge-worthy episodes by Oscar-nominated documentary filmmaker Smriti Mundhra follow Ms. Taparia on her quest to find suitable spouses for hopeful singles of Indian descent from around the world. Reviews of the show have been polarized — sparking debates on patriarchy, colorism, gender stereotypes and regressive mentalities, and also bringing this centuries-old practice under a scanner.

Does the system have a lot of growing up to do? Ample. But does that automatically mean everyone associated with an arranged marriage is scathed, pursuing it only under pressure? Such has been the general — and sometimes unfair — assumption. Because of my Indian heritage, I have been on the receiving end of questions like, “Do you have to marry someone you’ve never met?” and “Will your parents choose your husband?” by my non-South Asian friends in the past.

Aparna Shewakramani, a 35-year-old Houston-based lawyer and luxury travel consultant, one of the participants on the show, adds: “A lot of women outside the South Asian diaspora messaged me on Instagram to say that up until they saw “Indian Matchmaking,” they thought that an arranged marriage meant a forced one.”

Ms. Shewakramani, who is currently single, says that while the definition is different for everyone, her bottom-line in seeking this route was straightforward: to find a partner who was as serious about commitment as she was. She first sought the services of a matchmaker when she was 27. “I remember paying $ 400 just to have a 30-minute conversation with this U.S.-based matchmaker,” she said. “She did not think I needed her services at the time, but obviously I was open to the concept.” Not unlike her, there are others — well-educated, independent and successful Indian women — who view arranged marriages as a means to an end: to navigate the minefield of modern dating that involves more heartache, disappointment and swiping than commitment.

“The human need to find love has remained unchanged over time,” said Anju Nanda, a 53-year-old culinary artist in Nashik, India. Her husband of 30 years, Chandan Nanda, an entrepreneur, was a match suggested by a rishta auntie (a local matchmaker) from her hometown Amritsar. “Using your parent’s social network or a matchmaker need not be the last resort just because you are modern,” she said. “It’s simply another way.”

[Sign up for Love Letter and always get the latest in Modern Love, weddings, and relationships in the news by email.]

The rationale is echoed by Anokhi Shah, 28, a Mumbai-born public relations consultant in Antwerp. She married Swapnil Bhansali, an Antwerp-based diamond trader, earlier this year, after being introduced by their respective aunts in March 2019. “‘Love’ or ‘arranged’ marriages are just terminologies,” she said. “Does it matter if you find happiness in the end? I was always open to every avenue to find my life partner.” The common connections between the two worked in Ms. Shah’s favor. “It definitely adds a layer of security,” she said. “You have access to this person’s family background, values and lifestyle. Someone you know can vouch for them.”

It also helped that they were able to broach important subjects — as you need to with the person you will share your hopes, dreams and bank accounts, and raise children with — without tiptoeing around them. “These are conversations you’d typically have after years of dating,” Ms. Shah said. But since you are both in it with the same intention, you can be honest from the get-go.”

Two Sides of a Coin

So is romance replaced with rationality? Anoli Udani, 32-year-old fashion designer raised in Ahmedabad, India, doesn’t think so. Ms. Udani met her husband, Arjun Udani, a health care and pharmaceutical entrepreneur who lives between Mumbai, Dubai and Lagos, through a distant aunt who is also a matchmaker in 2016. “We had a first date, traveled together during our courtship, and he even proposed,” Ms. Udani said. “No part of our love story was diluted just because we were introduced formally.” She added: “Everyone wants the serendipitous meet-cute. But if you are self-employed or live in a small town, the opportunities to meet someone new can be limited. It’s not very different from broadening your search through your friend circle or a dating app.”

In this case, filtered profiles are replaced with equally precise biodatas, and families need to swipe right, too. Despite success stories, the framework is far from perfect. For every progressive mind-set, there is a peculiar criterion. Cue: the excessive focus on “fair, tall, slim and trim” on “Indian Matchmaking.” Appearance, education, age, community, family background and horoscopes play no minor role in narrowing down prospects, either. Assessments like “too stubborn” or “too picky,” and unsolicited advice on “adjustment and compromise” are liberally directed toward women. “The process had its highs and lows,” Ms. Udani said. “There was a societal expectation for me to get married when I turned 25. But my parents had a more realistic and modern view that aligned with mine.”

Means to an End

The proverbial hunt did not overshadow every other aspect of Ms. Udani’s life. “It was one of the many focuses of my life, not the only one,” she said. “Yes, there were times when I met two suitors in one week. But also periods when I did not meet anyone for, say, nine months.” She attests to having found clarity in what she sought from a life partner along the way.

Instead of spontaneous decisions disguised as leaps of faith, Ms. Nanda is in favor of taking the plunge only when you’re truly ready. She was 24 when she got married, an age deemed late by society standards three decades ago. The couple had a yearlong courtship, another bold move for their time. “Success boils down to love, mutual respect and regard for the institution of marriage,” Ms. Nanda said. “Any relationship can go south if you don’t work to make it work. How you met will be of little consequence then.”