Why the Descendants of Confederate Generals Are Happy to See... 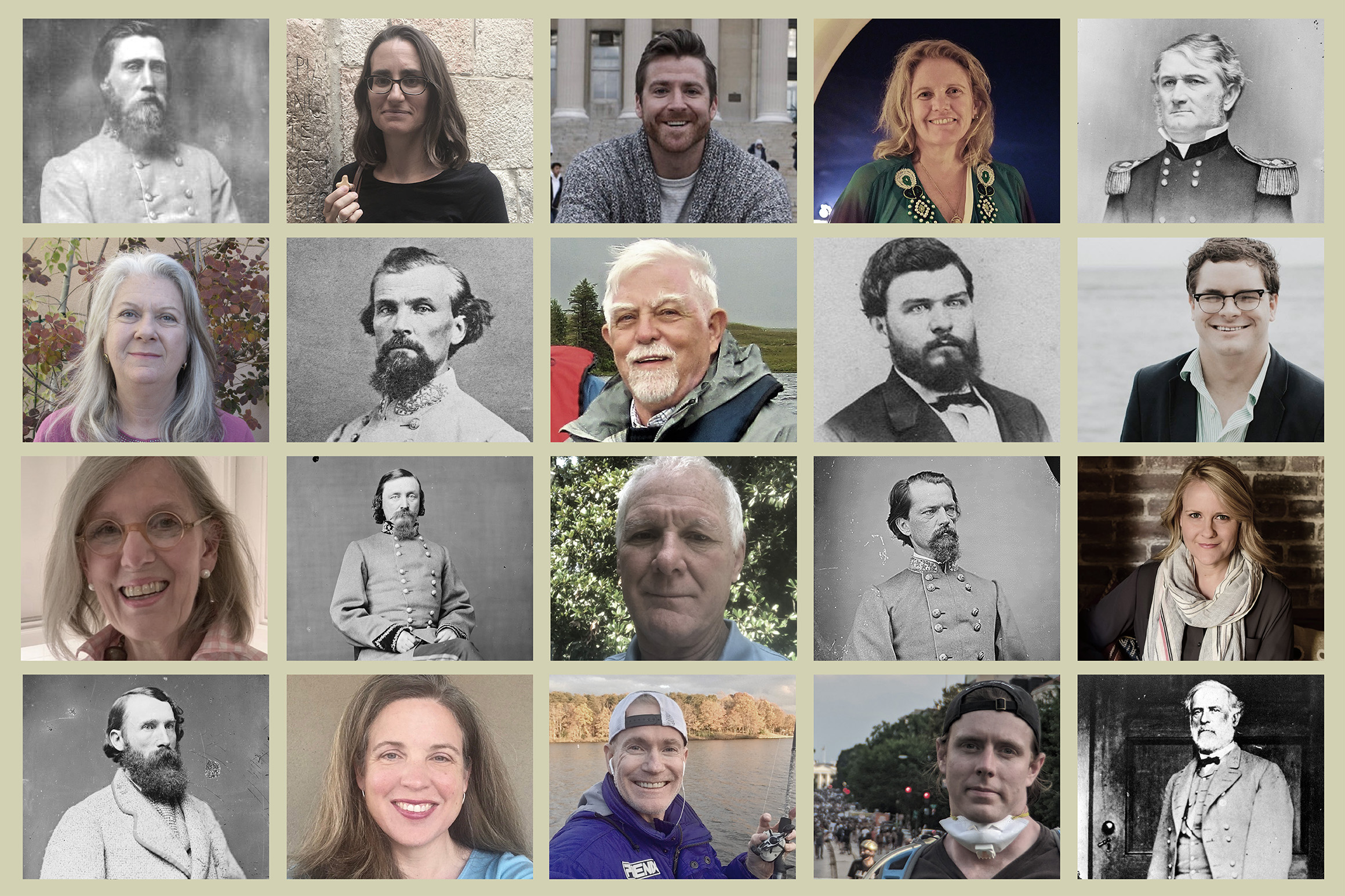 Most of the general public seems ambivalent about the fate of these symbols, with a recent POLITICO/Morning Consult poll showing that a significant majority believes the bases should be left alone, or simply doesn’t know what to do about them. Those whose family ties have been a historical curiosity for most of their lives now find themselves witnessing a nationwide argument that pertains to them, yet they have no special influence over.

POLITICO tracked down 16 relatives of eight Confederate military leaders who are memorialized with military bases or whose names adorn other prominent barracks or facilities. Most of these relatives have said little if anything publicly about how they view their forebears’ legacy. They are a diverse group—politically and geographically, if not racially, hailing from North, South, East and West. They are teachers, scientists, journalists, military veterans, financial advisers and a retired yoga and surfing instructor.

“They should be permanently removed and either destroyed or sunk in the ocean for a fishing/diving reef: the Graveyard of the Confederacy.”

They have a surprisingly consistent, though not unanimous, view. It is time for a change.

Most passionately believe their ancestors’ names should, as one of the Senate bills stipulates, be excised from all military monuments, buildings, streets, ships, planes or paraphernalia. A minority of them are equally fervent that their ancestors deserve to be honored. And some who hold these diametrically opposing views are in the same family.

Some of the kin of the notorious Nathan Bedford Forrest, who has a street named in his honor at Fort Campbell in Kentucky, are not on speaking terms over the issue. Most descendants of Leonidas Polk want the base named for him changed, but not all. The descendants of General A.P. Hill insist that renaming the base bearing his name would be an unjust humiliation. The relatives of General John Bell Hood are torn about how to strike the proper balance between righting the wrongs of history and still acknowledging their ancestor’s honorable postwar accomplishments.

The Army bases in question are Fort Rucker in Alabama; Forts Benning and Gordon in Georgia; Fort Polk and Camp Beauregard in Louisiana; Fort Bragg in North Carolina; Fort Hood in Texas; and Forts A.P. Hill, Pickett and Lee in Virginia. They were established long after the Civil War, mainly at two key junctures when the federal government was undertaking major military buildups—first to wage World War I and then World War II.

At the time, when the military was still segregated into Black and white units, many elected leaders from the South, including powerful members of Congress, were avowed racists. They also sought to recast the Civil War as not about slavery but a defense of states’ rights.

Only recently has the Army said there is reason to reconsider the names. As recently as 2015, following a deadly mass shooting in a Black church in South Carolina by a white supremacist, Major General Malcolm Frost, then the Army’s chief spokesman, explained that “every Army installation is named for a soldier who holds a place in our military history.”

He stressed that the names “represent individuals, not causes or ideologies,” and the decision to name bases for Confederates was “in the spirit of reconciliation, not division.”

But for many in the bloodline of these rebel officers, there is no doubt about what needs to be done today.

“I think white people should follow the lead of Black activists and people of color more broadly fighting for equality and rights, and support this struggle in any way we can,” said Mimi Kirk, the great-great-great granddaughter of General John Brown Gordon, who wants Georgia’s Fort Gordon renamed so it is not honoring a leading white supremacist.

For others, such a move would be an affront. “No. Absolutely not,” said Tim Hill, 53, when asked if the post in Virginia named for his direct ancestor, A.P. Hill, should be changed. “At the time, he fought for what he believed in. From what I’ve read, the fight for him wasn’t about slavery, it was just about, he referred to [it] as ‘Northern aggression.’”

Others say they are still struggling with how their ancestor’s legacy should be remembered. Hood’s cousin, Stephen M. “Sam” Hood, who has published two books about the general, maintains it is “instructive to look at the individuals who are honored, not the causes for which they served for a brief period of their lives or careers.”

But most of the descendants who have shared their views say it is past time to honor only Americans whom everyone can agree are deserving.

“We have a lot of people in American history that we should be valuing that we’re not and I think now is the time to reassess those things and have other people—Native Americans, women, and African Americans,” says Milbry Polk, 66, whose forebear Gen. Leonidas Polk is honored with Fort Polk in Louisiana. “So many people make up our fabric of America that we should be looking for role models there, not just people who were generals.”