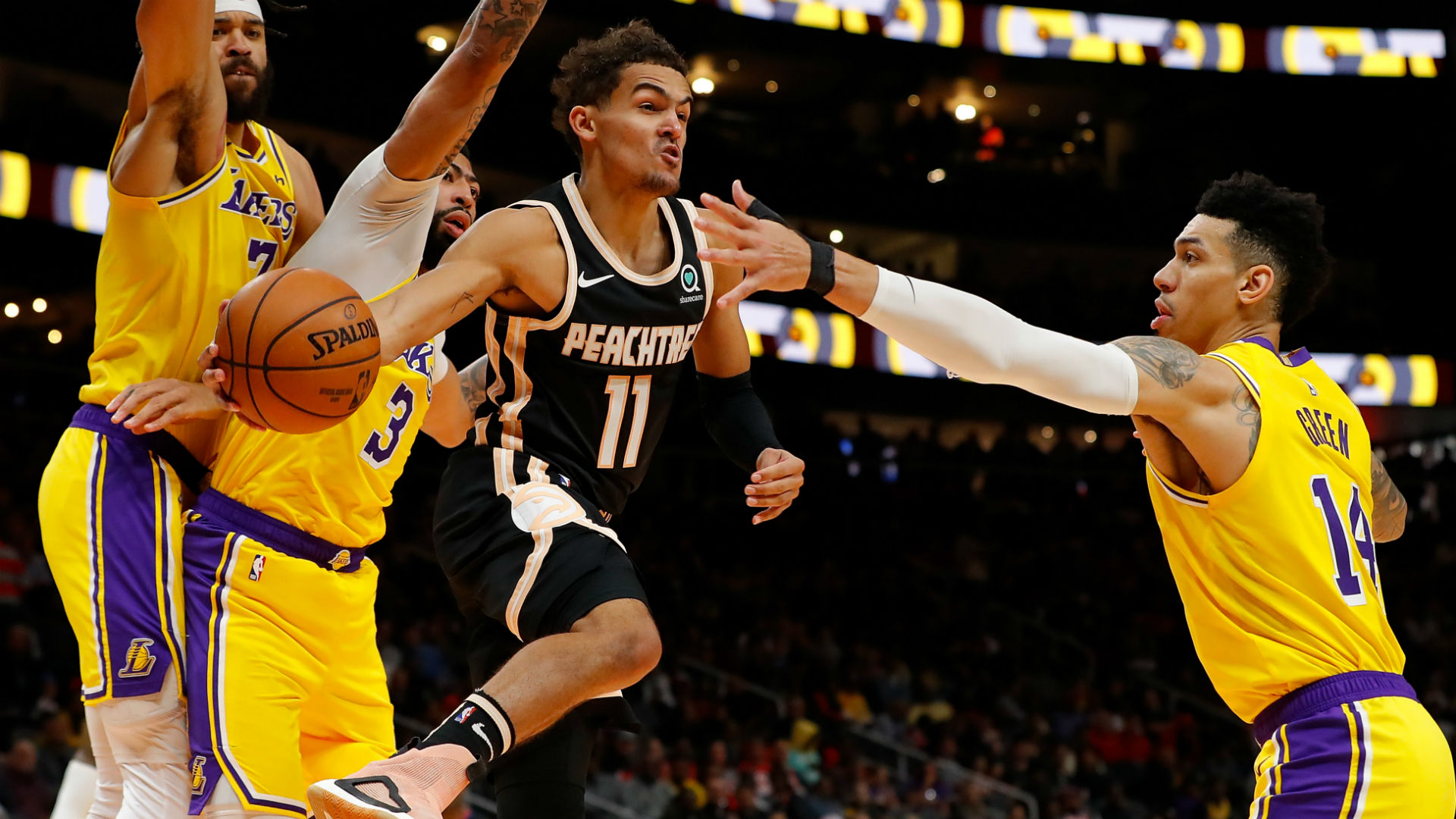 When Trae Young officially announced in late June that he would be switching agencies from Octagon to Klutch Sports, you already knew it was going to happen.

Given that Klutch Sports founder and CEO Rich Paul is close friends with LeBron James and represents both James and Anthony Davis, Lakers rumors will always arrive in full force whenever a big name joins the agency. But Young’s move isn’t about Paul, James or Davis — it’s about an agent named Omar Wilkes.

Back when Young was picking apart defenses at Oklahoma, Wilkes began building a strong relationship with Young and his family. Wilkes managed to sign Young despite competing against other agents with bigger portfolios, and their bond only grew as Young established himself as one of the most exciting offensive weapons in the NBA.

So when Wilkes chose to leave Octagon and become the head of basketball operations at Klutch Sports, allowing Paul to expand his scope as CEO, Young ultimately realized it was best for him to follow Wilkes. Trae’s father, Raymond, told The Athletic’s Chris Kirschner that his son’s decision “never had anything to do with going to play with the Lakers one day.”

“I would ask those fans who are fans of Trae or Atlanta fans to just look at his history,” Raymond said. “He knows this is a team effort, but he wants to have that statue next to Dominique (Wilkins) one day, man. I’ve told you this before, my son is 6-foot-1, but he thinks he’s the best player on the court no matter if LeBron is on the floor with him. Hopefully, it never backfires on him, but he’s got big balls and is very confident.

“He just knows what he wants to accomplish. I never think my son is going to join a super team unless they all come to Atlanta. He’s just got too much pride to do that. Maybe that pride will backfire, but who knows. My son has seen it happen here in Oklahoma City with (Kevin Durant). He wasn’t one of those who called him a cupcake, but he’s seen the backlash of something like that happen.”

While it’s easy to dismiss these kinds of statements because of how often team loyalty has been thrown out the window in recent years, Young shouldn’t be compared to Davis, who joined Klutch Sports, requested a trade and eventually found his way to Los Angeles.

Young is following someone he trusts to a different agency, whereas the Davis move felt like a first step away from the Pelicans. Davis also knew he was only two years away from unrestricted free agency, unlike Young, who is essentially a lock to sign a max rookie extension with the Hawks in 2021. Players just don’t turn down that guaranteed money when it becomes available.

Sure, Young has expressed frustration in the past with the state of the Hawks, and you can never say never when it comes to player movement. But based on what we know about Young and where he currently stands in his career, the 21-year-old suddenly teaming up with James and Davis seems highly unlikely.

At least we’ll always have the photoshops.