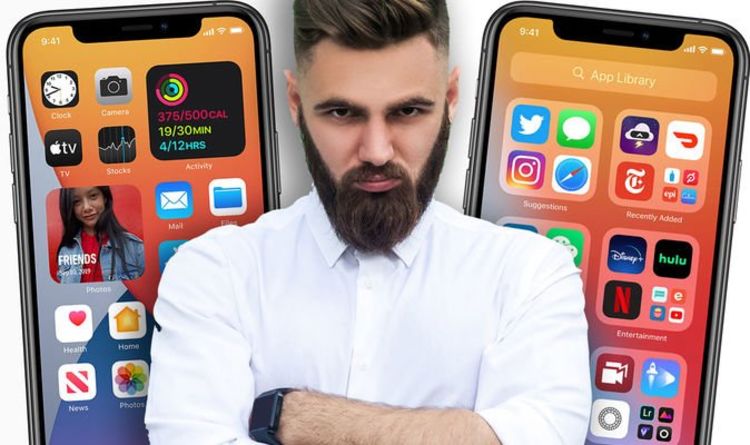 The first indication about iPhone sales likely won’t come until the end of the following quarter, which Apple calls Q1, and runs from early October to late December. This is when we’ll learn about pre-order numbers, sales over the Christmas period, and any supply constraints that might have stopped Apple from meeting demand.

“Last year we started selling new iPhones in late September, this year we expect supply to be available a few weeks later,” confirmed Maestri in the earnings call.

It’s unclear if Apple will still release iOS 14 in September despite no new iPhones arriving in stores but it seems far more likely that they will wait until the big keynote takes place which now looks likely to be in October.

If that’s the case then fans have a longer than usual wait for their current devices to get that big iOS 14 refresh.

Once it is released you can expect some pretty radical changes including the introduction of those widgets.

WIRED Staff Google’s fall hardware events are typically more understated than some of its competitors, lacking the theatrics of Samsung events, the iHype of Apple...
Read more
Tech

Julian Chokkattu The camera systems are a match, too. A 12-megapixel main camera is paired with a 16-megapixel ultrawide, as well as an 8-megapixel selfie...
Read more
Tech

After almost four years, Google Home is finally getting a much-needed upgrade with a refreshed look, bigger sound, and an entirely new name. The...
Read more
Tech

The all-new Chromecast with Google TV is the successor to the best-selling streaming dongle of the same(ish) name that launched in 2013. It also...
Read more
Tech

Want to upgrade your Sonos speaker? You could get free streaming until next year

In celebration of the upcoming second season of The Mandalorian, Walt Disney has teamed up with connected speaker firm Sonos. In order to ensure...
Read more
Tech

Margaret RoachIn the fall, it used to be you cleaned up every last leaf like mad. It was considered good garden sanitation. But now...
Read more