Will Mellor reacts after Ralf Little's 'worst top' swipe: 'I'll wear what the f*** I want' 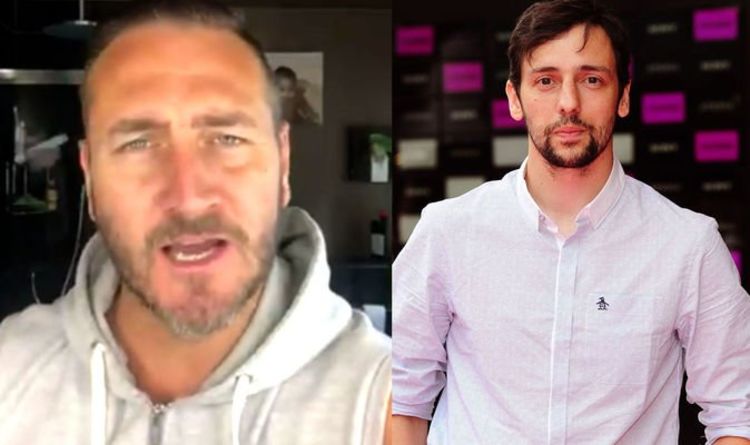 In the video, Will began to say: “Alright! Hope everyone is okay. Listen, this week’s podcast is out now. But it’s going to be out on the viral group Facebook page on Saturday at 8:30.

“Now it’s a bit different this one, it will be a watch-along of the musical of Two Pints. Me and Ralf haven’t seen it for years together, probably 10 years. We did this back in February when we did the pub recording,” he said.

He continued: “We did it anyway and loads of people messaged us saying, ‘Can you do a watch-along of the episode?’ And funnily enough, we’ve already got it. So we’re putting it out there.”

The clip finished off with Will saying: “It’s a little trial and error. So I hope you like it, it’s a bit of fun. I mean it’s great nostalgia for us. Tune in at 8:30 on the viral Facebook page on Saturday. See you in a bit.”

bshilliday Pregnant Lala Kent thinks pals Megan Fox and Machine Gun Kelly will be the next celeb couple to be welcoming a child. The actress...
Read more
Celebrity

Speaking on The Jonathan Ross Show, she divulged: "It was a really weird one because we’d flown on Millennium night - the 31st December...
Read more
Celebrity

bshilliday ‘SATC 3’ seemed dead in the water with Kim Cattrall refusing to return as Samantha. But her former co-star Cynthia Nixon has the perfect...
Read more
Celebrity

A source said: “It is sad but Trevor and Jo realised they weren’t making one another happy any more, and that it was time...
Read more