Will Sophie, Countess of Wessex, become a Duchess? She will... 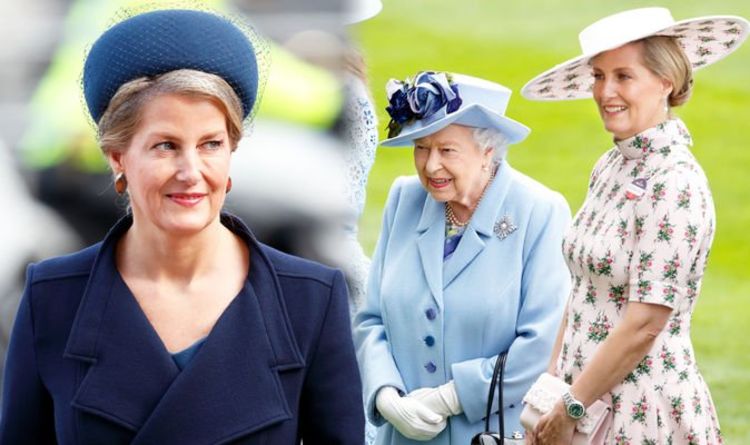 Sophie, Countess of Wessex, was given her title when she married Prince Edward in 1999. The wedding took place at Windsor Castle six years after the couple met and, after saying, ‘I do’, she became a full-time member of the Royal Family. She missed out on Duchess status, unlike Kate Middleton and Meghan Markle, however Sophie could soon be given an important title.

Formerly Sophie Rhys-Jones, the royal worked in public relations and had a job at Capital Radio when she met Prince Edward for the first time.

After meeting again a few years later, the two started dating and announced their engagement six years later in January 1999.

The Countess was given a beautiful two-carat oval diamond engagement ring which has a centre stone flanked by two heart-shaped gemstones.

The wedding took place on June 19, 1999 at St George’s Chapel at Windsor Castle.

READ MORE: Sophie Countess of Wessex broke this royal rule before her wedding to Prince Edward

On the big day, Sophie became an official member of the Royal Family and was given the title of Her Royal Highness The Countess of Wessex.

She gradually stopped working and instead took up the role of a full-time royal, appearing at official events on behalf of the Queen.

Some royal brides are given the title of Duchess, such as Kate Middleton, Meghan Markle, and Camilla Parker Bowles.

However, this is not an honour Sophie received, which was down to a choice made by Prince Edward.

The Queen’s son took on the title of the Earl of Wessex, reportedly by request, meaning Sophie became a Countess.

However, she could be preparing for an even bigger role and get the title that once belonged to the Queen.

In 1999, it was announced Prince Edward would one day become the Duke of Edinburgh.

The title currently belongs to Prince Philip, 98, who was given the name when he married the Queen in 1947.