Will the pandemic forever change how we travel? 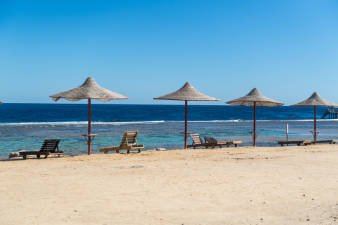 MANY would agree we’re at our happiest when we’re on holiday. And yet right now getting away from it all has essentially become impossible, with travel warnings around the world in effect. Instead of heading out into the world, citizens are being flown home.

What does it do to us when our biggest adventure becomes not a trip to Sardinia or San Francisco but a walk in the park?

The futurologist and tourism researcher Horst Opaschowski has studied travel for more than 30 years – why people are on the move, where they are going, what they seek in the faraway. The fact that they suddenly have nowhere to go has never been seen before, he says.

The fear of our own four walls

The expert’s findings are clear: “Without travel, people are at risk of withdrawal symptoms,“ says Opaschowski. “Because travel simply is part of the human condition.” We were mobile before we ever settled down.

Travel is the most popular form of happiness as “allows you to change where we are and also who we are.” Many people change their personality and style when travelling. With this now no longer possible, it’s no longer possible to take a break from being yourself.

And there’s another effect: Without travel, there’s simply less action. “The driving force behind mobility and travel is the fear of missing something from life,“ says Opaschowski.

The younger the people are, the more important travel is. In fact, in recent years you get the impression that travel has become a status symbol and source of meaning for many millenials. Everyone just has to go to Bali and New York at some point.

Would now be the time to question indulgence of low-cost airlines and hectic weekend trips to London, Rome and Barcelona? Or will we all default back to our jetsetting lifestyles?

While many climate activists are hopeful tourism will become more ecological, Opaschowski is sceptical.

“That’s wishful thinking, but I don’t think it will work out like this. We’ve become too accustomed to being able to leave whenever we want.” The tourism industry is both a boredom-preventer and boredom-producer.

How so? “Because you get addicted,“ Opaschowski says.

But isn’t it nice to enjoy home for a change? It depends on how long the travel ban lasts, Opaschowski says.

“No matter how sparkly clean your home may be now, at some point you just have to leave,“ Opaschowski says. “There is a need to get out of the daily routine, out of habits, appointments, etc.” People simply need a contrast to everyday life.

While the prescribed calm may be useful for some of us now, Opaschowski believes if it continues on, it won’t do us any real good in the long run.

He compares it to the longing for retirement. “There are many who look forward to the end of their career. They enjoy having the time to actually tidy up their apartment. But that feeling doesn’t last forever,“ the futurologist believes.

“You can enjoy it temporarily. But humans are active beings, and we need to stay busy,“ says Opaschowski. The cycle is as follows: the restlessness of having to do something leads to stress. And so one longs for peace and quiet. But when that peace is there, you can’t stand it in the long run.

The next escape will come

Until the pandemic is over, all we can do is to make plans – and to dream about travelling at some point in the future. After all, anticipation is also a form of happiness.

But will the crisis cause a lasting change in travel?

Opaschowski does not believe so: “I have experienced the oil crisis, Chernobyl, the 1991 Gulf War and the attacks of September 11,“ the researcher says. “It was always said that nothing will ever be the same again. But that was never true.”