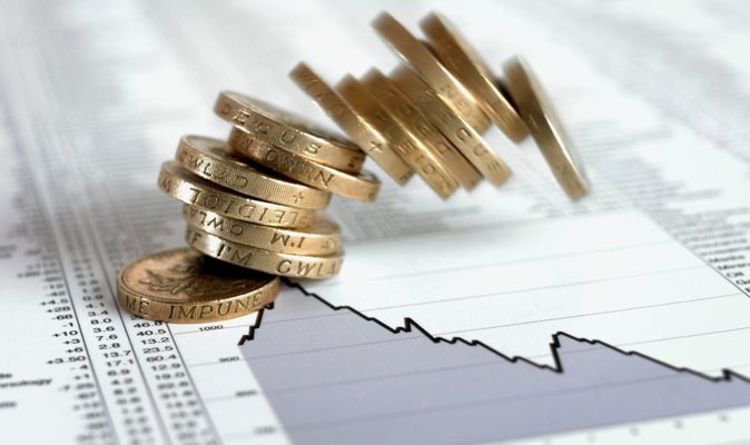 UK GDP fell by 2.2 percent in the first quarter of 2020 (January to March), as the economy began to feel the effects of lockdown.

Figures for the second quarter (April to June) showed the steepest fall on record, of 20.4 percent, as the lockdown brought the country to a standstill.

Those two quarters in a row of falling GDP confirm that the UK is in a recession.

The added new restrictions mean recovery made since the second quarter could be squandered as the UK faces its second wave of COVID-19.

What is a recession?

A recession means there is no economic growth in an economy – in fact, in a recession the economy shrinks.

When the economy grows, a country’s citizens, on average, get slightly richer as the value of the goods and services it produces – its Gross Domestic Product (GDP) – increases.

We are, of course, not living in normal times – even in the 2008 recession, the UK economy shrank by 7.8 percent, which is comparatively nothing on the recession announced in August.

Will there be another recession?

Forecasters are predicting an unfortunate second slump in GDP in what is already shaping up to be a bleak winter for the UK.

Speaking to ThisIsMoney.co.uk, George Buckley, from Nomura, said the UK would experience a ‘lopsided W-shaped recovery’ with a ‘second, smaller dip in GDP over the winter’.

Capital Economics said the economy was taking a bad turn after purchasing managers’ index scores fell for two months even before the new restrictions “begin to bite”.

James Smith, research director of the Resolution Foundation, said: “It wouldn’t surprise me if the fourth quarter was a contraction on the quarter, so there’s definitely a risk you end up in a double-dip recession.”

He added the first quarter of 2021 would also be threatened if tougher measures to curb COVID were necessary.

If there is a double-dip recession, it will be the first since the 1970s.