Windows 10 leak reveals major changes could be coming to... 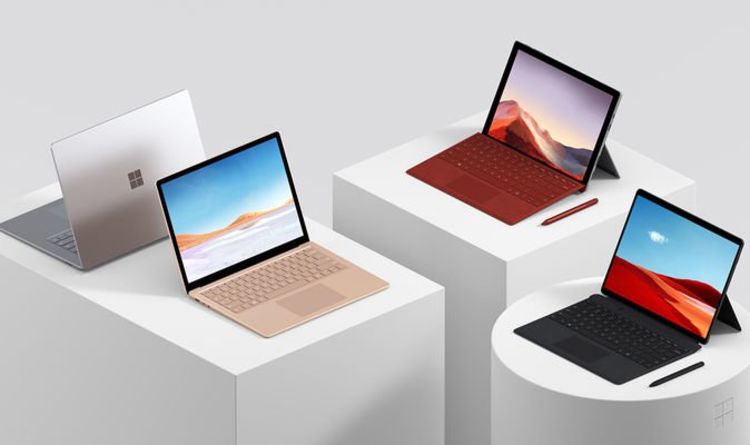 It seems Microsoft has big plans for Windows 10X, its operating system designed for dual-screen devices.

Windows 10X was announced at Microsoft’s scheduled Surface event in the bustling city of New York earlier this month. The operating system was shown running on the company’s new dual-screen Surface Neo.

Discussing Windows 10X, the Redmond firm said: “People are expecting more flexibility from their PCs—they want performant, highly flexible, fully capable and compatible devices that are at the same time delivered in a simple, sleek and, increasingly, mobile form factor.

“This new hardware requires an expression of Windows 10 that evolves to meet this opportunity. This is Windows 10X.”

Some of the most notable aesthetic differences to Windows 10X include a new taskbar and a redesigned Start menu.

And it seems Microsoft could also be planning to bring Windows 10X to laptops, according to a leaked document. This suggests major changes could be coming to new PCs from the firm.

As spotted by renowned Windows tipster WalkingCat, Microsoft appeared to temporarily publish an internal document discussing Windows 10X online on Friday. At the time of writing he post was taken down, but some of its contents was seen by The Verge.

The outlet quoted the document as saying Windows 10X is designed for “both clamshells and foldables”, suggesting it could launch on laptops, too.

Plus, the document also discussed Windows 10X’s new taskbar, referring to it as “the same base model with a series of ‘levers’ which can be pulled to create some alternatives in the model”.

It seems the iconic Windows 10 start menu is simply referred to as the “Launcher” in Windows 10X, too. Apparently, this will be “seamlessly integrated with web results, available apps, and specific files on your device” and “recommended content is dynamically updated based on your most frequently and recently used apps, files, and websites”.

As noted by The Verge, this suggests the rebranded Start menu will be geared more heavily towards items stored locally on a device than regular Windows 10.

Microsoft’s document also purportedly discussed Windows Hello, its facial recognition system that allows fans to unlock their device without having to type in a password every time.

Windows Hello will reportedly start authenticating a user as soon as a PC display turns on, rather than on Windows 10 that requires users to dismiss a lock curtain.

Discussing the changes to Hello in Windows 10X, Microsoft said: “When the screen turns on you are immediately brought to a state of authentication; unlike Windows 10 where you first need to dismiss the lock curtain before authenticating.

“Upon waking the device, Windows Hello Face instantly recognises the user and will immediately transition to their desktop.”

There were also a number of other new features described for Windows 10X worth shouting about, such as a new “Modern File Explorer” and the simplification of Microsoft’s Action Centre.

As mentioned above, Microsoft’s document discussing Windows 10X has since been taken down. However, Express.co.uk will be sure to update you when we hear more about the new operating system.