Winds of Winter release date: Will the book ever be released? George RR Martin opens up 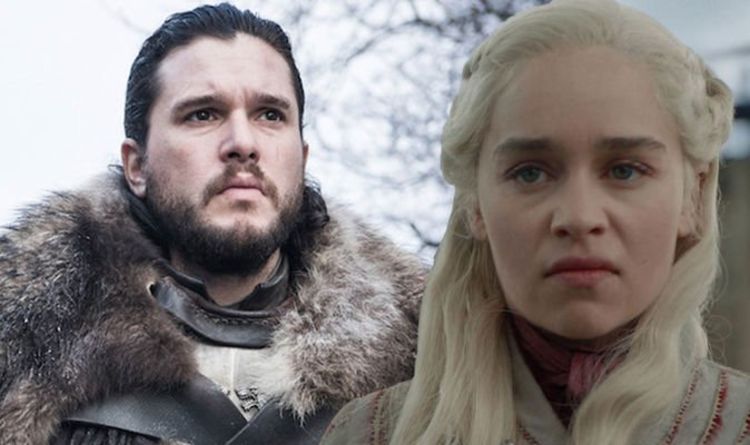 George RR Martin is the author known for his incredible fantasy novel series, A Song of Ice and Fire. Of course, better known is the first of these books, A Game of Thrones, which served as the almost title to the award-winning HBO series, Game of Thrones. But with the sixth book in the series is yet to hit the shelves, and fans are concerned it may never happen.

Martin has revealed yet another delay to the book’s release has taken place.

This time, according to Martin, it is to do with the end of the book, which many may think could have something to do with unpopular ending of the HBO show.

Speaking in an interview, Martin has made pretty vague statements about the ending to Winds of Winter, and whether he will pay fan service to those frustrated by the ending of Game of Thrones.

Asked about it, he said: “People know a conclusion—but not the conclusion. The creators of the TV show had overtaken me, which I did not expect.”

This of course means the book series has some important differences to the TV series, with some characters left out, some story threads expanded and some things completely altered.

Fans may be hoping their favourite author is rethinking the ending of The Winds of Winter so it might fit in with their expectations, but they will have quite a long while to wait, it looks like.

Martin stated on his blog in 2019 the final two books, The Winds of Winter and A Dream of Spring, will take up 3,000 pages between them, meaning there will likely be a huge pressure to fill those pages with quality content.

Of course, with the series now finished, the pressure may be off for Martin as he can take his character wherever he wishes, however it has been reported he gave producers David Benioff and D.B. Weiss a great deal of plot points to help them work out the plots for the show.

As a result, fans will be expecting much of Martin’s work to be an extension of the series, with some added extras which were left out by the show.

So, while the book will definitely come out at some point, at present it is uncertain when that would happen, and whether it will be released alone or alongside the final book in the series.

What happened at the end of Game of Thrones?

For those who have forgotten what happened to the characters at the end of Game of Thrones, here is a brief summary.

The final ever episode of Game of Thrones was pretty dramatic, but also infuriated fans as they saw how the finale played out.

The big surprise was when Daenerys Targaryen (played by Emilia Clarke) was killed by her nephew and lover Jon Snow (Kit Harington.)

After taking King’s Landing, Daenerys said she would not stop her villainy until she had freed the world from tyrants, convincing Jon he had to put an end to her violence.

As he hugged her and whispered loving words to her before stabbing her in the heart.

The former Bastard of Winterfell and King in the North was then sent to live out the rest of his days with the Night’s Watch at The Wall.

Meanwhile, Bran Stark (Isaac Hempstead-Wright) was declared as the new King of Westeros, while Sansa Stark (Sophie Turner) went to rule the North.

Arya Stark (Maisie Williams) decided to leave Westeros and went on a journey of her own, telling her family she was heading west.

One said: “This will go down as one of the worst series finales in tv history. For sure on the top ten list. #GameOfThronesFinale.”

Another added: “Game of Thrones has OFFICIALLY become THE worst show in television history… How Ironic is that! #GameOfThronesFinale .”

Facebook
Twitter
Pinterest
WhatsApp
Linkedin
ReddIt
Email
Tumblr
VK
Previous articleIceland issues urgent food recall over serious allergy fears – do you have affected item?
Next articleCoronavirus symptoms: Are YOU at risk of infection? What to look out for from China virus