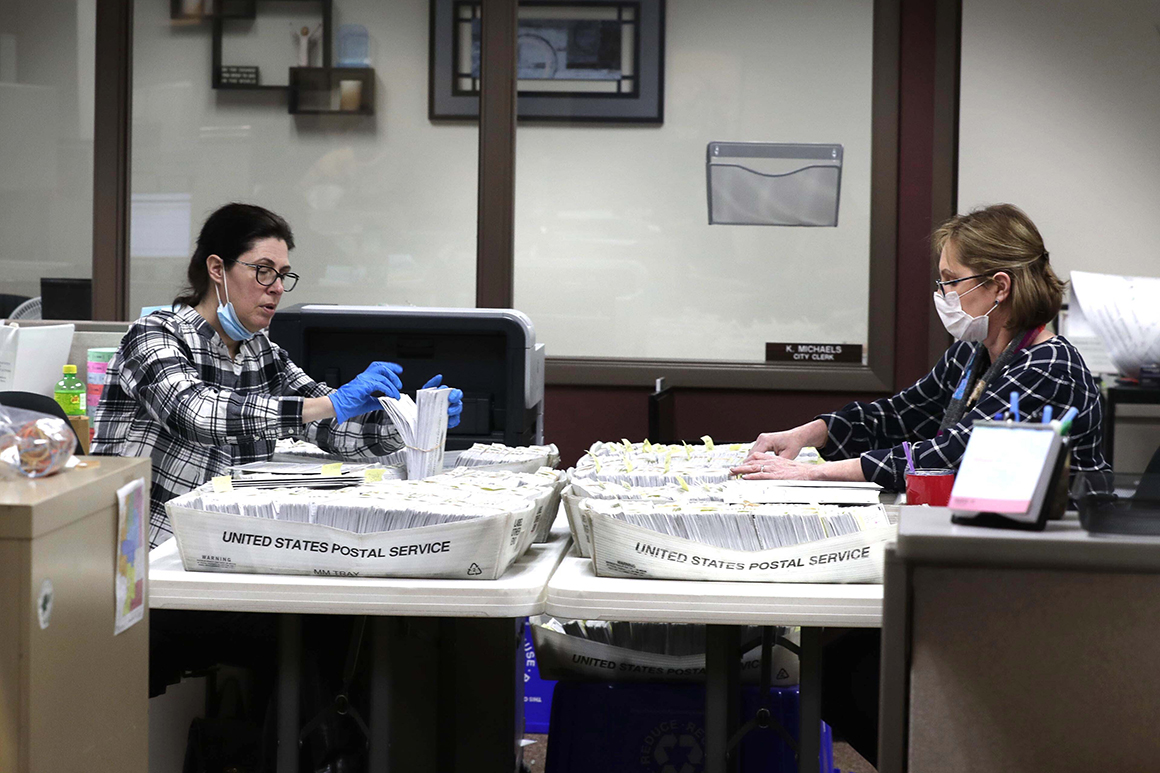 Wisconsin Gov. Tony Evers’ refusal to push for a delay of his state’s Tuesday primary has infuriated fellow Democrats in the state, who are now openly accusing him of failing to prevent an impending train wreck.

As the nation hurtles toward 5,000 coronavirus deaths and governors across the country take extreme steps to keep people at home, Wisconsin is forging ahead with the election despite having its own stay-at-home order. The likely outcome is that Wisconsinites will wake up on Election Day being told to stay put at the same time they’re greenlighted to head to crowded polling sites.

Other Democrats in the state say the conflicting signals will disenfranchise voters. Already, the sanctity of the vote has been called into question by snafus with early voting: In Milwaukee, some voting sites were closed for a period of the designated voting before being reopened.

“There’s this enormous conflict between what we need to do in a democracy in the midst of a pandemic. You can’t have a stay-at-home order but then tell millions of people to go stand in line and congregate near one another across the state,” said Racine Mayor Cory Mason. "Having an election in the middle of a stay-at-home order makes no sense. It did not have to be this way.”

While Democrats across Wisconsin have called for postponing the election, pointing to health concerns and the inability to staff polling sites, Evers has cited his limited authority to impose a delay against Republican resistance in the Legislature.

Evers has advocated that residents vote by mail and called on lawmakers to ease up on election day requirements to allow more flexibility on when ballots could be turned in and counted. 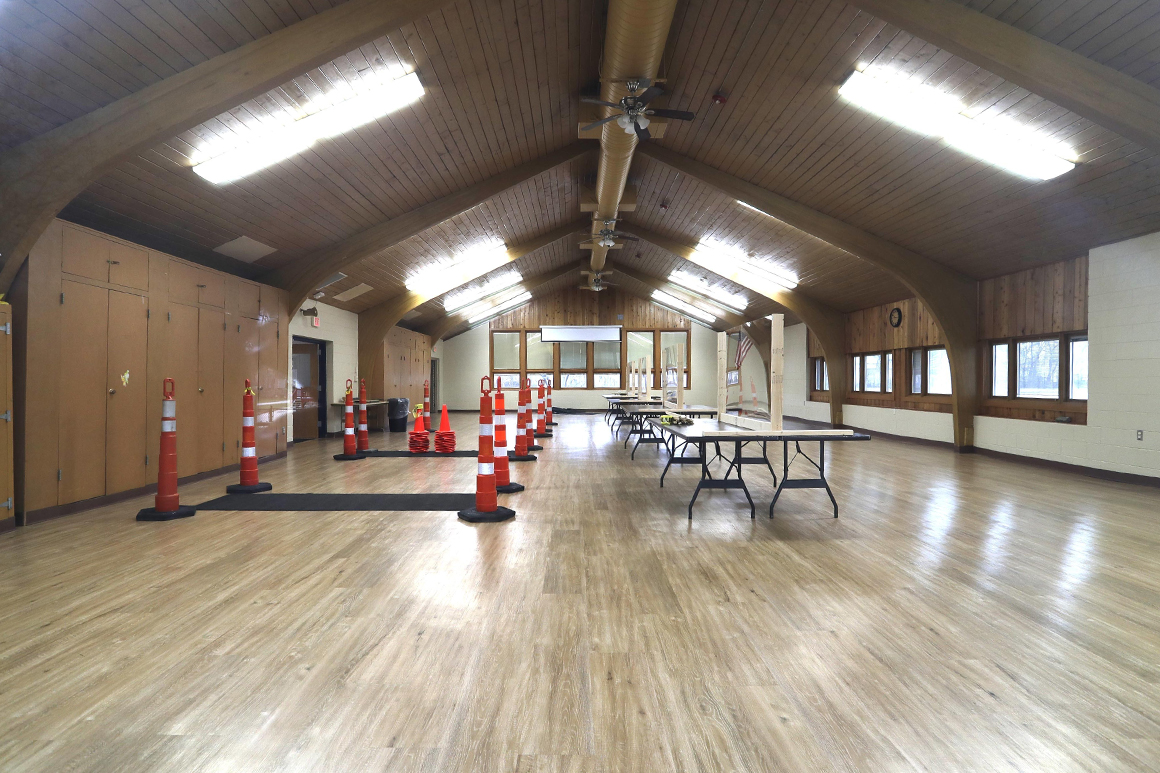 But in interviews with POLITICO, more than a dozen Democratic officials in the state expressed frustration that Evers didn’t act sooner. They argue that he hasn’t tapped the full range of his powers, such as calling for a special legislative session or announcing an election delay and forcing someone to stop him. That’s essentially what Ohio Gov. Mike DeWine did last month, even in the face of an adverse court ruling.

Mason, a Democrat who served in the Wisconsin state Legislature for 11 years, described local officials as “exasperated” over trying to carry out an election amid the pandemic. Milwaukee Mayor Tom Barrett had urged people not to go the polls on election day to vote for him — but instead to do so by mail ahead of time.

Polling places across the state are down at least 7,000 poll workers already. Only a fraction of polling sites are expected to be open in Milwaukee, an area that serves large African American and minority populations.

But Evers’ office said the governor is unlikely to change course.

“Our democracy is essential, it must go on. Keeping people safe is the governor’s top priority but we want people to participate in this election. We want as many people as possible to vote from home,” Evers spokeswoman Melissa Baldauff told POLITICO. "We hope the Legislature would work with the governor to extend the time for [ballots] to be counted and to be received.”

She dismissed the possibility of the governor attempting to halt the election like DeWine did. “It’s not going to happen," Baldauff said. "He doesn’t want to do it and he also doesn’t have the authority to do it.”

The governor’s office has argued that there’s no certain future date when the health crisis would relent. Officials also said that a delay would put at risk hundreds of nonpartisan positions on the ballot — including the mayor of Milwaukee — that under statute would be vacant if the election does not take place on Tuesday. That scenario, the governor’s office said, would create even more chaos amid a public health emergency. But critics say it is a gray area that Evers could have exploited through the Legislature or the courts to find a bridge solution until the health crisis abates.

Assembly Minority Leader Gordon Hintz agreed the governor could not act unilaterally. But Hintz also said holding the election Tuesday will put people’s health at risk and expose the state to more lawsuits.

It’s "an exercise in futility. That appears to be the way we’re headed now," Hintz said. “Every day people realize how serious this is. We already have major problems with people’s abilities to vote — with absentee ballots requested two weeks ago not being received.

"It’s a pretty bad idea to go through with this.”

While Evers has advocated that residents vote by mail, complaints are streaming in from people across the state that they haven’t received absentee ballots in the mail. Evers’ decision to bring in the National Guard to assist with Election Day is introducing its own concerns, from questions about how to expedite training to fears that a military presence will turn off hordes of potential voters.

“We have three branches of government to ensure a system of checks and balances, and questions about our elections typically rely on all three playing a role. If I could have changed the election on my own I would have but I can’t without violating state law,” Evers wrote in a tweet Wednesday. “I’ve asked the legislature to do its part to ensure a fair, safe election and I hope we can get some clarity as soon as possible. The bottom line is that we have to keep folks safe and we have to make sure everyone who wants to vote has the opportunity to make their voice heard.”

Evers on Friday called for absentee ballots to be mailed to every Wisconsin resident, a proposal rejected by the Republican-majority Assembly. But Democrats expressed frustration that Evers hadn’t pressed the issue by ordering a special session. Baldauff said that Evers’ powers only extend so far; Republicans had already indicated they would not budge and pointed to a previous special session in which they gaveled in and out without taking action.

But critics say forcing the matter again would put the onus on Republicans to act. They also complain Evers’ office only intervened in an ongoing lawsuit at the 11th hour — and even then, he proposed a middle ground solution rather than siding with mayors and progressive groups that filed lawsuits calling for the election to be delayed or voting extended.

“It’s been a cataclysmic failure,” said one Wisconsin-based Democratic strategist who supported Evers’ 2018 campaign. “It has been disappointment after disappointment. I do not believe that he’s shown leadership or good judgment during this crisis.”

Green Bay Mayor Eric Genrich said he pressed Evers earlier this month to consider alternatives. On top of public health concerns, Genrich said, the electoral system could not withstand the strain of holding an election amid a pandemic that’s caused a backlog in processing ballots and sidelining poll workers.

“I had a conversation with him several weeks back, I expressed my frustrations to him. I didn’t want to file a lawsuit but said that was my intention if things were not resolved,” Genrich said. “I’ve been very upfront with him and his staff and legislators about how strongly we feel about how difficult it would be and how wrongheaded it would be to move forward with an election. But unfortunately, we have gotten no action.”

The Wisconsin Democratic Party broke with the governor on Wednesday and called for a delay in Tuesday’s election. In an interview, however, Democratic Party Chair Ben Wikler defended Evers.

"The governor is overseeing the whole coronavirus response in Wisconsin," Wikler said, "and one piece of that is doing everything he can to make the election safe under current law while urging the legislature to change the law."