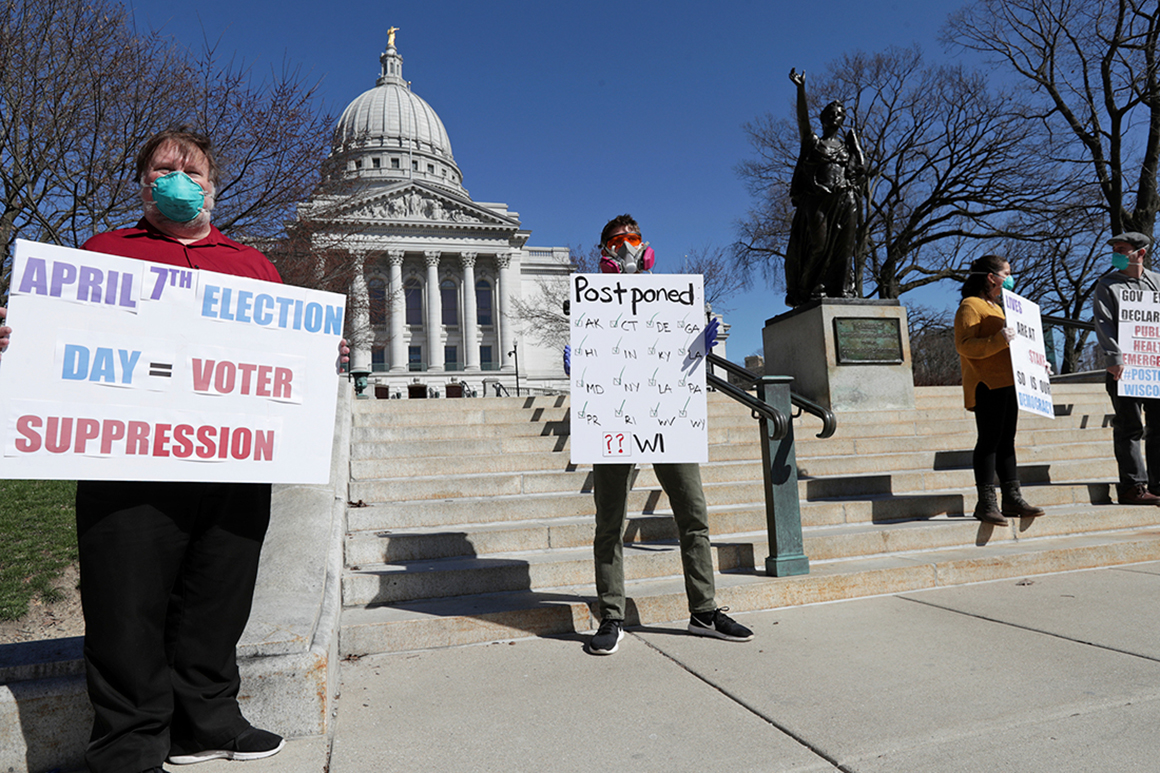 Mayors from some of the most populous cities in Wisconsin, including Milwaukee and Madison, are calling on the state’s top health official to shut down in-person voting at Tuesday’s primary, as a legal battle over absentee voting in the state reaches the Supreme Court.

“We implore you to implement all emergency measures necessary to control the spread of COVID-19, a communicable disease,” reads a copy of the letter addressed to Department of Human Services Secretary-Designee Andrea Palm. “Specifically, we need you to step up and stop the State of Wisconsin from putting hundreds of thousands of citizens at risk by requiring them to vote at the polls while this ugly pandemic spreads.”

The letter, signed by 10 mayors who collectively represent 1.3 million people, asks Palm to exercise the power to close down the buildings where the voting occurs and prohibit public gatherings.

Their plea for action is the latest evolution in a combative run-up to Wisconsin’s primary on Tuesday. For weeks, the fate of the election has been embroiled in legal action, partisan sparring and intraparty conflict stemming from efforts to stop the spread of the coronavirus. 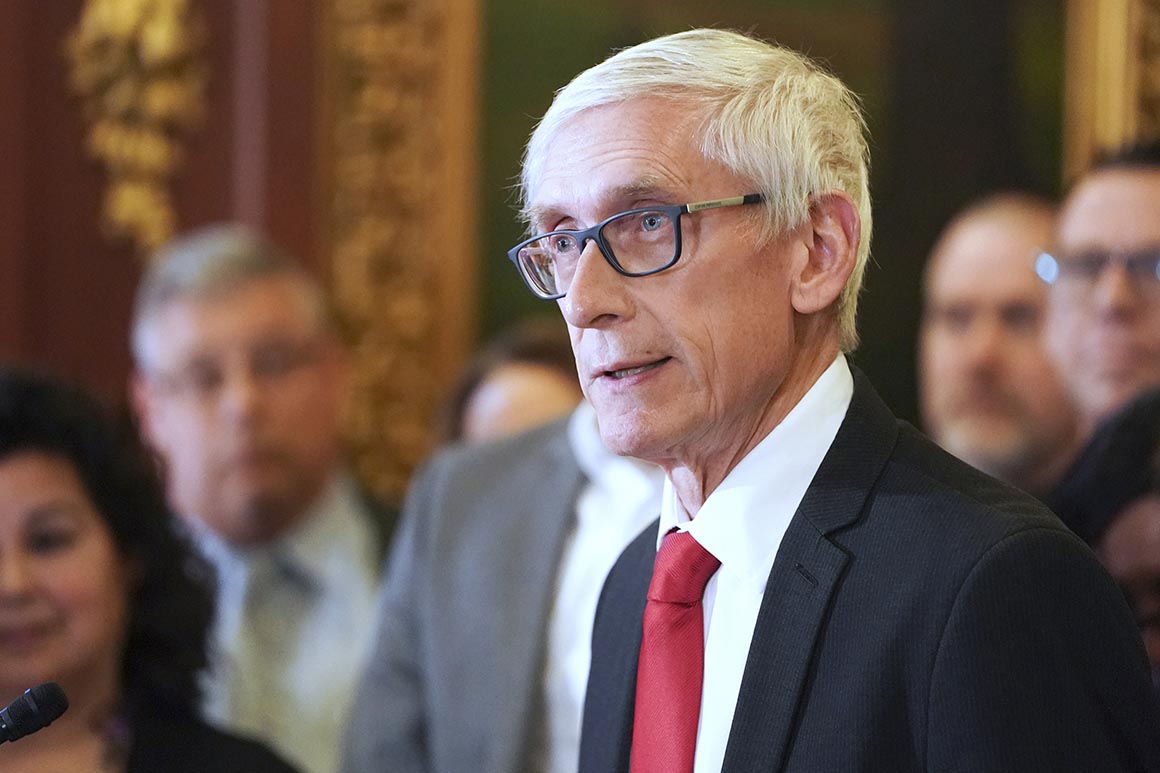 Gov. Tony Evers, a Democrat, called the Legislature into special session on Saturday to act on a bill that would allow an all-mail election and extend the deadline to return ballots. Republicans did not take up the matter, saying the election should go on and calling Evers’ plea too late.

POLITICO reported on Saturday that Evers’ office did not plan to take any further action to halt the Tuesday primary. That was after Republicans refused to hear the matter in the emergency session. GOP leaders adjourned in seconds, saying they would return on Monday but promising no action.

Evers and other officials in the state had resisted postponing Tuesday‘s election. Besides the Democratic presidential primary between Bernie Sanders and Joe Biden, there are hundreds of general elections for local offices, as well. Statewide, there‘s also a contested state Supreme Court election.

Before Friday, Evers had not publicly asked for the election to be postponed, and Republican legislative leaders have not entertained the idea. The governor had previously requested an expansion of mail-in voting in the state.

The plea from the mayors could mirror a move that took place in Ohio. After a court declined to postpone Ohio‘s primaries, which were originally scheduled for March 17, Gov. Mike DeWine‘s top health official shuttered polling places. The move did not formally postpone Ohio’s primary but effectively did as much, leading the Legislature to ultimately extend absentee voting in the state through April 28.

Meanwhile, the legal battle over absentee voting ahead of Wisconsin’s primary, which is expected to have significantly lower turnout, is now in the hands of the U.S. Supreme Court.

On Saturday, the Republican National Committee, the Wisconsin Republican Party and the GOP-controlled state Legislature sought an emergency stay at the Supreme Court of a lower court’s ruling that expanded absentee voting in the state. A lower court said absentee ballots in the state could be returned through 4 p.m. on April 13, nearly a week after in-person voting is still scheduled to take place.

Republicans are asking for a “stay of the district court’s injunction to the extent it requires the State to count absentee ballots postmarked after April 7, thus clarifying that absentee ballots must be postmarked (or personally delivered to the polls) no later than April 7 in order to be counted.“

Under Wisconsin law, ballots typically have to be returned by 8 p.m. on Election Day, regardless of when they were postmarked.

On Sunday, Democrats asked the Supreme Court to reject Republicans‘ plea to block the lower-court ruling on absentee voting. “It quickly became apparent that thousands, if not tens of thousands of voters would not even receive their timely requested absentee ballots until on or after April 7, so respondents expanded their initial request for relief to include all absentee ballots received by a certain deadline regardless of postmark,“ a Sunday filing from the Democratic National Committee, the Wisconsin Democratic Party and other groups read.

Richard Saks, an attorney representing voting rights’ groups also involved in the case, said the matter was now before Justice Brett Kavanaugh, who can either grant or deny the stay or refer the matter to the whole court to decide.

“I don’t think they have a very good case, but I‘m not Justice Kavanaugh. It’s his call,” Saks said. “I don’t think their case is very strong. I thought Judge Conley’s order was very narrowly tailored to try to accomplish relief.”

ByAFTER working as an internal auditor for more than 10 years, Sharmila Kaur left her career to journey into the world of tiny little...
Read more

ByMy desire, in committing our resources to this study, is to translate our observations about our products into scientific data so that we can...
Read more