Wizz Air flights warning: You could be overpaying by making this booking mistake 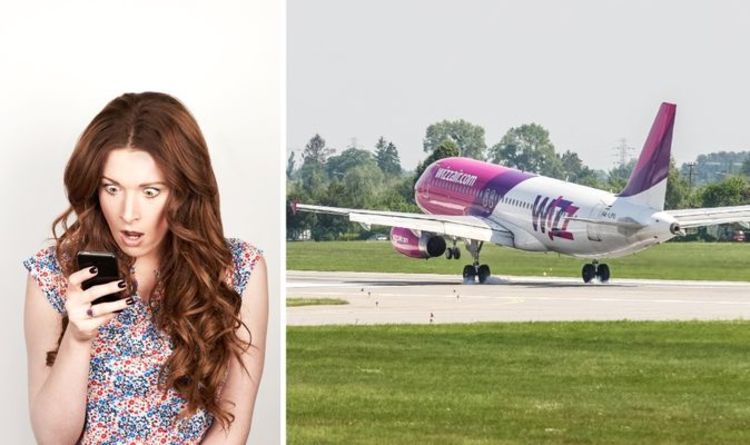 The traveller shared a screenshot of his booking.

Below the flight details and seat selection fee is “Services” where it clearly states “1 x System Surcharge – €10.”

Wizz Air has apologised for the case and claimed it could no be replicated.

However, they also advised turning off AdBlockers to avoid any problems.

“These protections are essential to secure customers’ data, our business, or system’s stability.

“The use of automation for booking (robots) requires additional hosting efforts and for such activities, Wizz Air applies a system surcharge fee.

“AdBlockers are not explicitly forbidden, nor triggering our protection to be detected as a robot, but in a very rare situation, due to bugs in the AdBlockers, they can make the browser act unexpectedly, and flagged by our security tools as suspicious.

“So (just to be sure) we recommend to turn off AdBlockers in case of any issues.

“The mentioned case is an edge case which could not be replicated neither by other users nor by the airline.

“We apologise if this has caused any inconvenience for our customers.”

In further Wizz Air news, the airline has announced that it will be launching new flights to the popular Canary Islands despite the Foreign, Commonwealth and Development Office (FCDO) currently advising against all non-essential travel to Spain.

The six new routes will fly from Doncaster Sheffield to several new locations.

These include Fuerteventura, Lanzarote, Tenerife and Gran Canaria in the Canary Islands, Lisbon in Portugal and Eindhoven in the Netherlands.

Spain and the Netherlands are currently not on the UK’s travel corridor list.

The FCDO advises again travel to both countries and holidaymakers will have to quarantine for 14 days on their return.

The new flights are set to take off from October 22.

Director of Aviation Development at Doncaster Sheffield Airport Chris Harcombe said that the new flights mean that the new routes will mean travellers in the Northeast will be able to enjoy low fares.

He said: “We are delighted that Wizz Air has chosen to base a second aircraft permanently at Doncaster Sheffield Airport so soon after its recent announcement to open a full-based operation with us for Wizz Air UK.