Woman caught doing this ‘gross’ act to her husband in airport 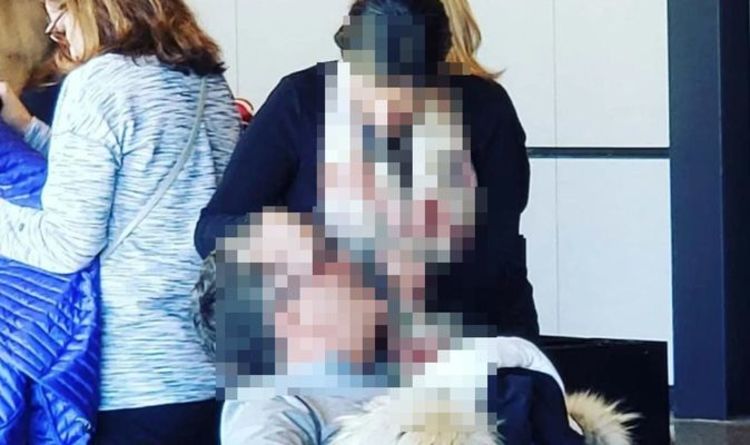 A woman was caught squeezing her partner’s spots while they were waiting at an airport terminal.

The moment was captured by Rebecca Lindland who was travelling through Eagle County Airport in Colorado.

A video filmed on board an AirAsia flight, captured a man picking his toes and dry skin from his feet, before dropping it on the floor. The video, captured by fellow passenger Jade Thomas, took place on a flight from Kuala Lumpur to Hanoi.

It was during the flight that Jade noticed that the man across from her – wearing a polo shirt, shorts and a face mask – had put his feet up against the chair in front and began to pick his toes and dry skin.

The unnamed man then began to remove the fluff from between his toes as the grime fell to the floor much to Jade’s horror.

Speaking to 7 News after posting the video to her Hanoi Facebook group, she said: “I was returning from a trip to Bali with my boyfriend. During the flight, we observed some poor behaviour.

“There was shouting, loud burping [and] not following requests of airline staff.

“For example everybody stood up and started getting their hand luggage before the seatbelt sign had been switched off.

“Then of course, there were some people not wearing shoes.”

These unsanitary acts happen frequently on flights, as revealed in a Reddit thread where flight attendants discussed some of the disgusting things they’ve seen mid-flight, ranging from used underwear to vomit.

“I once discovered vomit outside of the paper bag which spilled through the seat pocket,” an unidentified flight attendant explained.

“It was absolutely awful, but what can you do?”