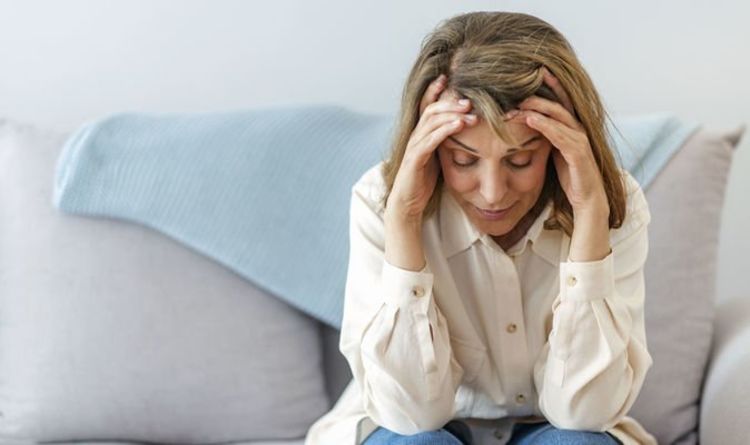 Women’s health activists have warned that hundreds of thousands of patients were wrongly prescribed antidepressants.

They have called for doctors to be better educated.

But the Royal College of GPs insisted menopause was already included in their curriculum, insisting: “Mandatory training courses for some conditions and not others would be unworkable.”

In a letter to Royal College chairman Professor Martin Marshall, she said: “Menopause may be included in the curriculum but it is very clear from the dreadful experiences of many thousands of women that simply being part of the curriculum is not sufficient.

“We are concerned that your comments may come across as insulting to many women who are being poorly treated, as well as to your GP colleagues.

“We are told by women on a daily basis that their GPs fail to diagnose menopause and diagnose what turn out to be psychological and cognitive symptoms of menopause as anxiety and depression, and offer antidepressants. We also hear of women visiting their GP multiple times, sometimes over a period of years, to try to relieve a multitude of symptoms associated with menopause which are simply not recognised.”

Many women going through the change do not experience the tell-tale signs, such as hot flushes and night sweats. Instead, they can ­suffer a wide range of subtler symptoms, including anxiety and mood swings.

National Institute for Health and Care Excellence guidelines state that hormone replacement therapy is the primary treatment for menopausal women.

But Ms Danzebrink, who provides menopause counselling to 12,500 women, said GPs too often mistake a hormonal imbalance for a mental health problem.

She has also written to Health Secretary Matt Hancock expressing her concerns.

But Prof Marshall said: “We understand the strength of feeling among women who are going through or have been through menopause, who do not feel that they have been taken ­seriously – and that needs to be addressed. But GPs have the broadest curriculum of any medical speciality.

“While HRT is a safe and effective option for many women, it is not suitable for everyone, and clinical guidelines do not suggest that all, or even most, women with menopausal symptoms should be prescribed it.”

She added: “I was really ill and unable to work for 18 months.

“In 2019 I finally convinced my doctor to acknowledge menopause but I was unable to get the right HRT due to shortages so am on tablets that don’t agree with me and have been told ‘it’s that or nothing’.”

Kate Duffy visited her GP seven years ago after noticing “drastic changes” in her mood.

She suffered from emotional outbursts, insomina, crippling anxiety and continuous bouts of cystitis and hair loss.

Kate, 52, said: “I was instantly diagnosed with depression. Doctors appointments, time and money was wasted on numerous antidepressants I could not tolerate.”

Kate, who lives in Oxford, waited three years before finally being told her symptoms were a result of the menopause.

She added: “The effect on my home life was debilitating.”