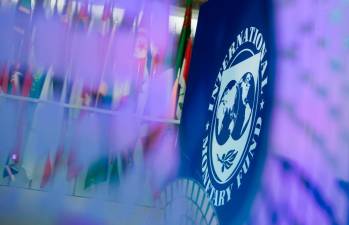 WASHINGTON: The World Bank unveiled a US$ 12 billion (RM50.16 billion) aid package on Tuesday that will provide fast-track funds to help countries combat the coronavirus outbreak.

He said it is critical to “recognise the extra burden on poor countries” least equipped in the struggle to prevent the spread of the COVID-19 virus.

The funds, some of which are targeted to the world’s poorest nations, can be used for medical equipment or health services and will include expertise and policy advice, the bank said in a statement.

The virus that erupted in central China in December has killed more than 3,000 worldwide and infected over 90,000 people.

Malpass said the money – US$ 8 billion of which is new – will go to countries that request help. The bank has been in contact with many member nations, but he did not specify which are likely to be the first to receive aid.

“The point is to move fast. Speed is needed to save lives,” he said in a conference call.

“We want to make the best use of the World Bank’s extensive resources and global expertise and the historical knowledge of crises,” he said, citing similar crisis funding to combat the Ebola and Zika outbreaks in recent years.

In another development, the International Monetary Fund (MF) and the World Bank said the spring gathering of finance ministers and central bankers held in Washington in April will be shifted to a “virtual format” due to the coronavirus epidemic.

The twice-yearly meetings of the development lending institutions attract thousands of officials, journalists and private sector participants from 180 member countries – just the kind of gathering health authorities say should be avoided.

IMF chief Kristalina Georgieva and Malpass said in a joint statement that “given growing health concerns related to the virus”, they will switch “to a virtual format” for the meetings set for April 16-18.

“We remain fully committed to maintaining a productive dialogue with our stakeholders and will leverage our IT-related and virtual connection capabilities to the fullest to hold our essential policy consultations with the membership,” the statement said.

The IMF and the World Bank hold their spring meetings yearly in April and their annual meetings in October, where finance ministers and central bank governors discuss global economic and financial developments. But the meetings include a host of side gatherings, panels, conferences and related events all around in Washington – except every third year, when the October meeting is moved to a member country. The official participant count is about 10,000. – AFP