World War 3 horror: Iran threatens to carry out another terrifying Lockerbie attack on US 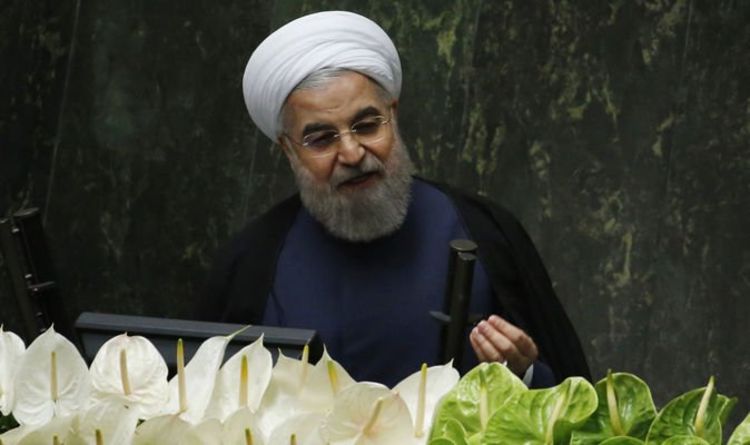 The figure 290 refers to the total number of passengers on Iranian Airways flight IR655 who died when their plane was accidentally shot down over the Persian Gulf by the US Navy in July 1988.

In December of the same year, Pan Am flight 103 crashed in Lockerbie after a bomb exploded on board, killing all 270 passengers.

Although Colonel Gaddafi and Libya were blamed for the terrorist attack, Western intelligence agencies believed that Iran ordered the bombing in retaliation for the downing of its plane in July.

Mr Rouhani’s post has been interpreted by some Middle East experts as a veiled reference to the Lockerbie tragedy and an implicit acknowledgement of their involvement in the affair.

She wrote: “Rouhani is basically reminding @realDonaldTrump of the #Iranian Air Flight 655 carrying 290 passengers which was downed by a US navy warship the Vincennes in 1988.

“Though it was deemed a human error, Tehran worked covertly to exact its revenge. How? #Lockerbie.”

She added: ‘Boeing 747 airline Pan Am exploded over Lockerbie, Scotland in 1988 and was assumed to be an operation conducted by the #Lybians when it was #Iran who orchestrated the downing of the plane and paid the Libyans to do it.

JUST IN: World War 3: Is World War 3 official? Will the UK get involved?

The funeral was attended by the general’s daughter Zeinab, who told mourners that the US would face “a dark day” for her father’s death.

Other dignitaries included military and political figures from Iran and her allies, who darkly promised to seek revenge for the killing.

“Certainly, actions will be taken.’

Iran upped the stakes in the growing conflict with the West on Sunday by dropping all limitations on its uranium enrichment, thereby contravening the terms of the 2015 nuclear deal, which the US abandoned in 2018.