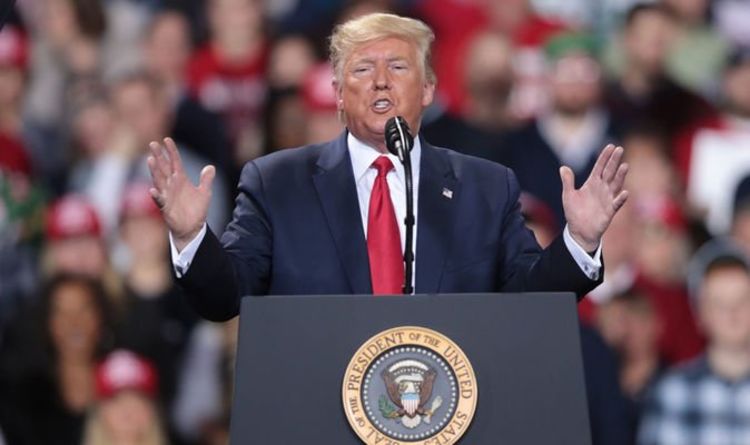 The report’s authors warned that these threats were more likely to trigger a US military response in 2020 than at any point in the past decade. The Preventive Priorities Survey was published by the New York-based Council on Foreign Relations’ Centre for Preventive Action. It is published each year and surveys the opinions of foreign policy experts about the impact that ongoing and potential future conflicts are likely to have on US interests.

The centre’s director Paul B. Stares and senior fellow John W. Vessey Jr. wrote: “Perhaps as an indication of rising concern about the state of the world, respondents rated more threats as likely to require a US military response for 2020 than in any other Preventive Priorities Survey (PPS) from the last eleven years.

“Of the thirty conflicts in this year’s survey, only two were judged as having a low likelihood of occurring in 2020.”

According to the report, the risk of a major attack happening on US soil is at its highest level in recent years.

The types of attack envisaged include a cyberattack on US critical infrastructure, such as electoral systems, as well as a mass casualty attack by a foreign terrorist group.

Armed conflict between the US and Iran, a severe crisis involving North Korea and a military confrontation between China and one of its neighbours in the South China Sea were all flagged as posing the highest level of risk abroad.

Latin America featured as a secondary risk, with concerns centred primarily around an intensification of organised crime-related violence in Mexico and a worsening of the economic crisis and political instability in Venezuela.

The report concluded that a confrontation between the US and NATO members with Russia in Eastern Europe was of low risk.

It placed in the same category a future crisis between United States and China over Taiwan, as a result of China’s intensifying political and economic pressure surrounding Taiwan’s elections in 2020.

JUST IN: Even impeachment will fail to bring down Teflon Trump

“There are many uncertainty factors.

“Technology is developing rapidly, including military technology, while competition and rivalry are growing stronger and morphing into new forms.”

Mr Putin insisted new threats to the world are emerging and as a result nations are “developing their offensive weapons”.

The Russian leader warned more countries were increasing their nuclear weapons programmes, while at the same time the “nuclear club” was getting bigger .

He said: “There are old, smouldering conflicts in various regions of the planet, and new ones keep appearing.

“The leading countries are actively developing their offensive weapons.

BySanjana SanthoshKEY POINTS Ties between the Asian countries tense since June 14 duel along the border India has pact with US to buy fuel, spare parts for...
Read more