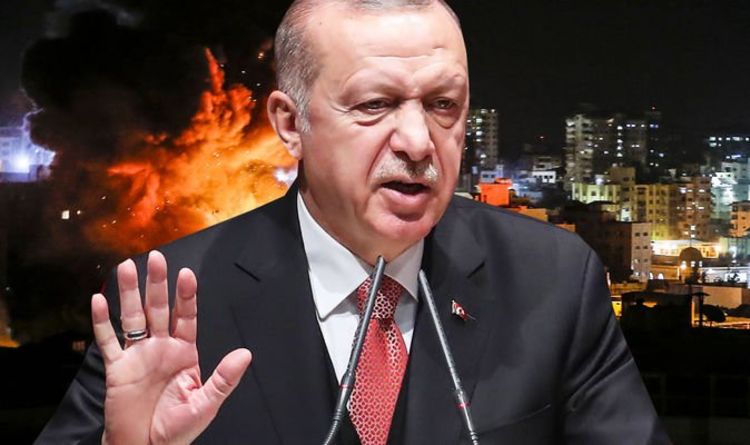 According to an investigation by The Daily Telegraph the Palestinian group is using Turkey as a safe harbour to plot suicide bombings and assassinations in Israel. The report also claims that Hamas maintains close ties to Turkey’s intelligence agencies, while its top leaders and activists travel freely to the country, with some now living in Istanbul. Hamas is a militant group who are opposed to Israel’s existence within any borders.

Founded in 1987, they mix Islamist extremism and Palestinian nationalism and pioneered the use of suicide bombers in the 1990s and 2000s to devastating effect.

In 2015 the US brokered a deal between Turkey and Israel, whereby Ankara agreed to stop Hamas from using Turkish territory to plot attacks against Israel.

However, Israeli officials have complained bitterly that Turkey has not held up its side of the bargain, leading to an increase in tensions between the two states.

Israel’s foreign ministry said: “Israel is extremely concerned that Turkey is allowing Hamas terrorists to operate from its territory, in planning and engaging in terrorist attacks against Israeli civilians.”

A Turkish diplomatic source vehemently denied Israel’s allegations, while denying that the group was a terrorist outfit.

The official said: “We reject all claims that Turkey is being used for anti-Israel activities.”

A Hamas spokesperson also denied that the group was using Turkey to organise attacks against Israel, saying: “Hamas’s resistance activities are conducted only in the land of occupied Palestine.”

Chief among them is Abdel Rahman Ghanimat, one of Hamas’ most notorious figures.

Mr Ghanimat is the former leader of the “Surif Cell”, which was responsible for a series of suicide bombings in Israel.

He is joined in Turkey’s capital by Kamal Awad, a financier of the group, who recently was placed on a sanctions list by the US Treasury.

Mr Arouri was based in Istanbul until 2015 when Turkey asked him to leave as part of an effort to mend relations with Israel.

He now divides his time between Turkey and Lebanon.