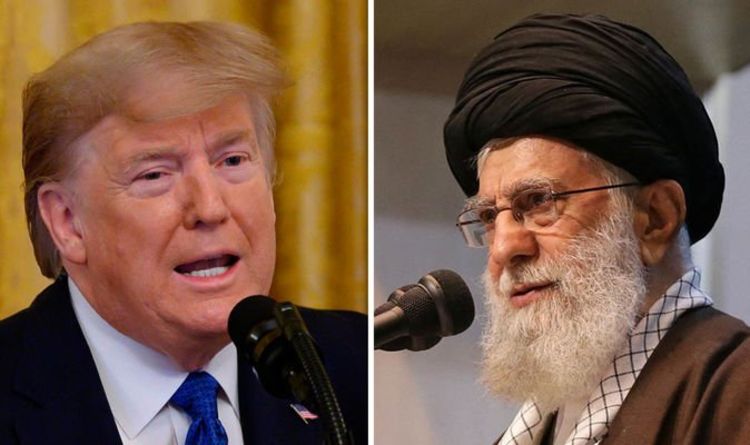 Confirmed by Gholamhossein Esmaili, the two people have been sent to prison for up to 15 years. He said on Tuesday: “Two CIA spies who were working under the cover of an organization and charitable foundation have been identified, tried and sentenced to ten years in prison for spying and five years in prison for acting against national security.”

The names of the two individuals have not been released yet because the sentence has not been completely finalised.

The sentencing of the alleged spies comes after Iran revealed it had arrested 17 nationals accused of being recruited by the CIA.

In July 2019, Tehran said the arrests took place over a prolonged investigation.

The Islamic Republic claimed the group had been involved in working on the country’s military and nuclear facilities.

He said at the time: “The Report of Iran capturing CIA spies is totally false.

“Zero truth. Just more lies and propaganda like their shot down drone put out by a Religious Regime that is Badly Failing and has no idea what to do.

“Their Economy is dead and will get much worse.

JUST IN: World War 3 fury: The real extent of damage to troops revealed

In May 2018, Trump signalled his intent to withdraw from the 2015 Joint Comprehensive Plan of Action (JCPOA).

The deal had been signed by Iran, the US, UK, France China, Russia and Germany.

With the US withdrawing from the treaty, relations between Iran and the US worsened, reaching a crisis point following the death of major general Qasem Soleimani.

Soleimini was killed in a drone strike near the Baghdad International Airport.

In retaliation, the Iraqi parliament passed a resolution calling for all foreign troops to leave the country.

Moreover, Iran also signalled its intent to deliberately violate the terms of the 2015 deal.

That was then followed by a series of missile strikes on two US bases in Iraq.