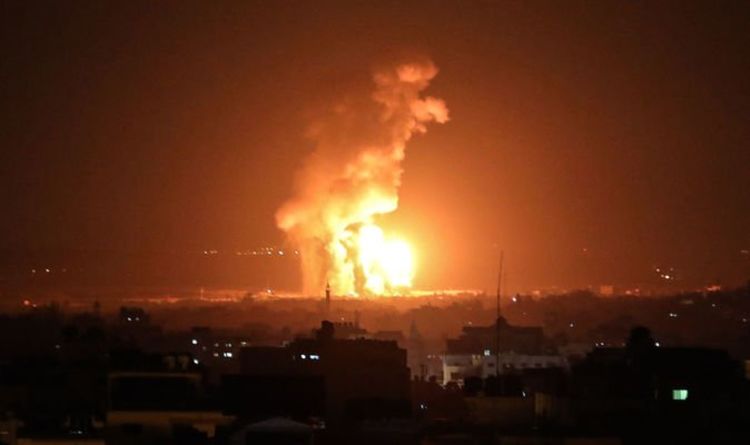 In response, the force confirmed it had targeted sites in Syria and Gaza.

They said: “We just struck Islamic Jihad terror targets in both Syria & Gaza in response to rockets fired at Israeli civilians today.”

There have been no reports of casualties at this point.

The Islamic Jihad claimed the strikes were launched after Israel killed two militants on Sunday.

Sunday’s missile strikes come as Mr Netanyahu warned Hamas of a “big surprise” for Hamas if the group failed to reduce its violence in the region.

Mr Netanyahu said: “Hamas and the other terrorist organizations such as Islamic Jihad, whose commander Baha Abu al-Ata we eliminated a few weeks ago, have to understand that either there is complete quiet and they rein in the rogue factions — shoot them in the knees, that’s the way — or we will have no choice but to launch our operational programs.

“I can’t share what they are, but I can say it will be a big surprise.”

The Israeli Prime Minister will face an election next month.

However, in light of the election he insisted he would not make any decision on Gaza subject to “political timetable”.